Err .. I think that snippet would remind many of the scene in A Chinese Odyssey where the Longevity Monk sang to Joker (a.k.a Monkey King) which prompt annoyance of Joker. Well 19 years later, the movie had gotten a reboot by none other than Stephen Chow himself whom apparently made tremendous effort to ensure this reboot gets to start afresh along with his co director, Derek Kwok. A whole line up of fresh faces and with some A-list star would sure kick up a notch in the movie. 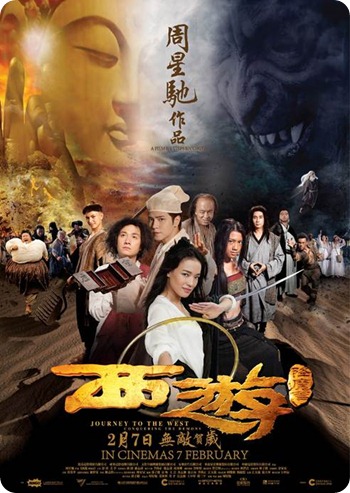 In this reboot, the world have plagued by demons, causing its human inhabitants unspeakable suffering. A young naive afro hair demon-catcher named Xuan Zhang (Played by Wen Zhang) whom is guided by the belief to offer oneself for the greater cause, risks his life and to catch the demons by the 300 Rhymes Nursery (SPOILER: This is where the song of annoyance comes.. You have been warned!) whom believes it would be able to bring the inner goodness of the demon and would revert back to good while at same time to discover the true meaning of the Greater Love.

Along the way he meets another very skilled and powerful demon hunter named Bai Gu Jing played Shu Qi (Here comes the tricky part, the character is not the White Skeleton as one would think but a full fledge human female) whom had taken fancy on Xuan Zhang. They will face some of the world’s most powerful demon and expect some comedic action as well. 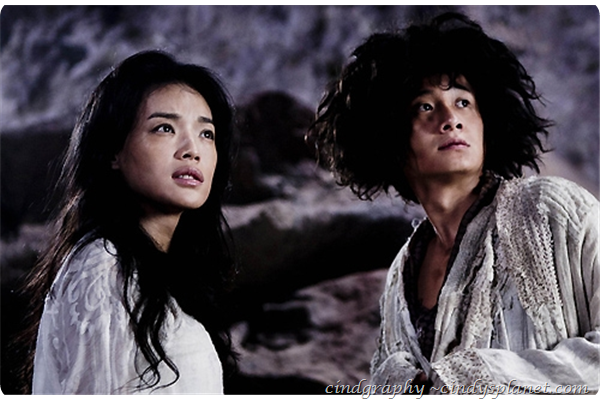 I think something smells.

The director had managed to incorporate the comedic elements that made the previous movie a success into this and as expected from Stephen Chow, the movie is one action packed comedy at its best. They did a pretty decent job on the CGI, however the newcomers performance are noticeably stiff. Prolly due to the tremendous pressure brought on to them by the director or perhaps to live up the expectations. So catch the movie in the near you today.