Today I am going to bring you to explore this delicious Japanese cuisine that I enjoyed recently! They offer this ala-carte buffet lunch & dinner on every Sunday at only RM 49.90++ with more than 45 food choices including thick and succulent Salmon, Red & White Tuna sashimi. Well read on my take on their food… 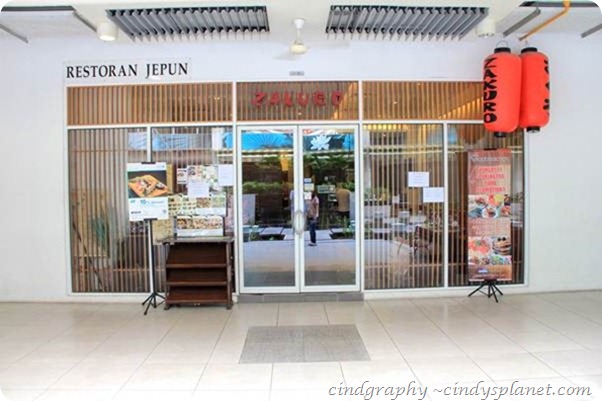 Zakuro is a contemporary themed Japanese Restaurant which is located at The Scott Garden, a lifestyle retail circle that features many prominent F&B joints with Tesco as its primary anchor tenant along the busy Old Klang Road.

It was mentioned that they had been in the business for about 10 years which spot several other places and later brought them over to The Scott Garden. 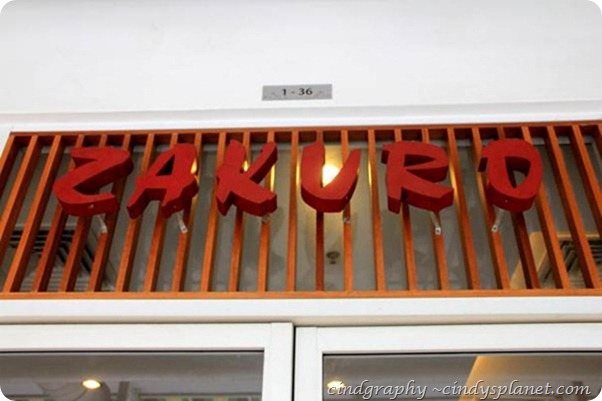 The simple serenity environment and the common fixtures that featured its contemporary themed which also sees the space allocation that allows movement without visibility hassle during peak period. 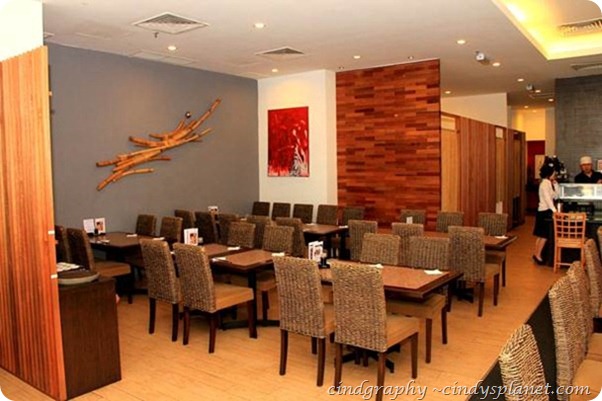 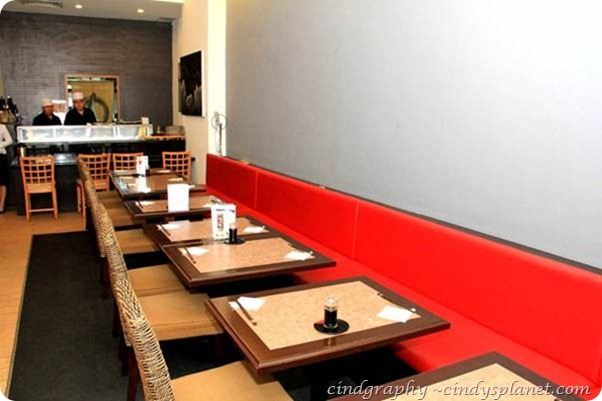 We were given a brief of what are the type of dishes they would serving and it was quite a mouthful just be looking at the menu (Yummy..).

First up, we have the “ Sashimi Moriawase ” which is assorted cuts of raw seafood platter. From its bright hue and saturation of colours presentation on the platter, had definitely stirred up appetites. The combination of Maguro (Red Tuna), Shake (Salmon), Shiro (White Tuna) and Amaebi (Sweet Shrimp) freshness can be tasted which is better than regular commercial sushi chain however some of its sashimi cuts were slightly too thick that spot the thick slab slices which doesn’t the melt in the mouth. The scallop was the best among the rest as it is smooth and sweet that is so succulent. We went back the second time and they had make improvement on the cutting, each slice is perfectly cut and it does melt in the mouth! We go crazy over it! 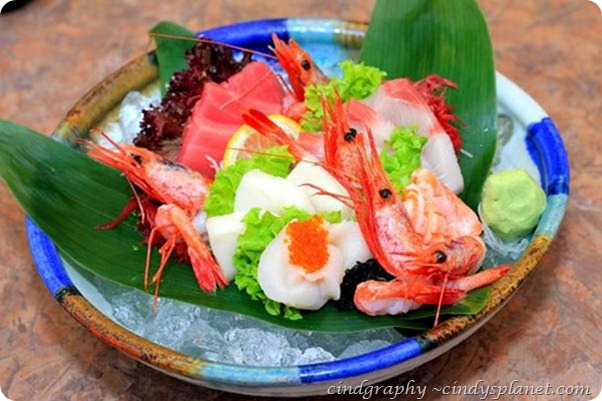 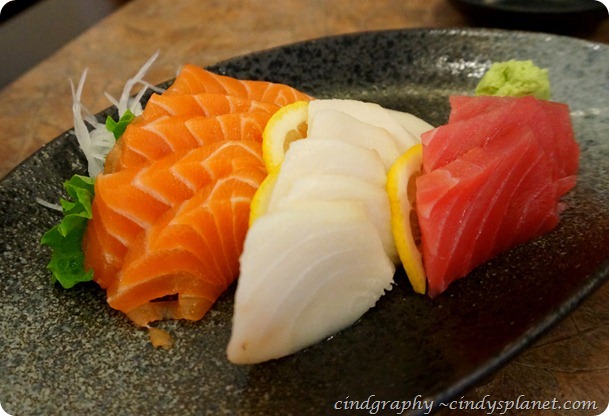 The Sashimi we order during lunch buffet!

Next, we have the “ Scallop Chawan Mushi ”. The custard were found slightly more than the egg in terms of ingredients ratio which gave the texture a slight dense than the usual soft texture by the egg and the scallop does not taste sweet. Perhaps add with some sweet sauce would enhance its taste. 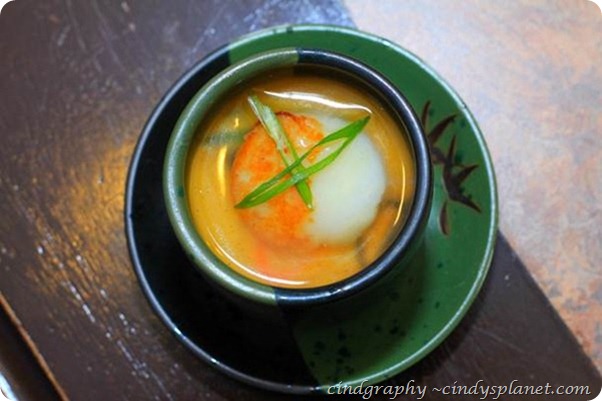 Following up, we have the Salmon lover of a distinctive serving of platter.

Serving it’s the “ Salmon Salad ” which comprises of Raw Salmon, Cooked Salmon and Salmon skin with wasabi dressing. The texture of the raw salmon is tender whilst the mentai sauce on the cooked salmon sushi is delicious as the mentai flavour just nice and not too strong. The salad wasn’t so creamy which might be attributed lack of dressing sauce and the fried skin’s texture was off expectation. 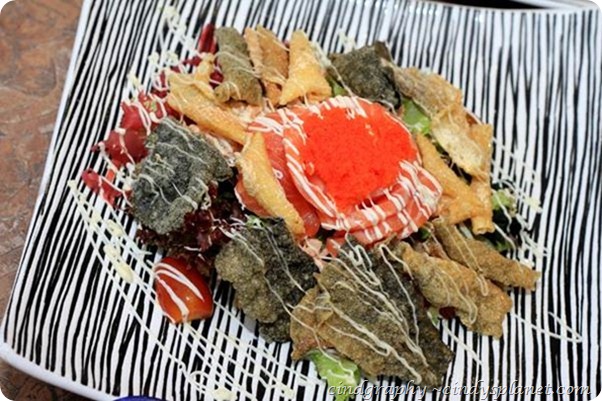 We then served with this orangey goodies of assorted “ Salmon Sushi ”. Do you need me to say more? Pictures show it all! 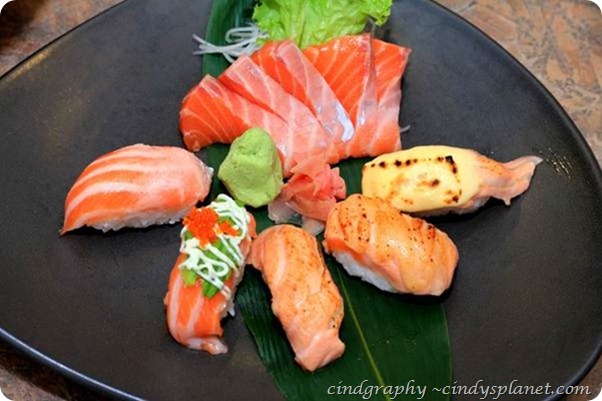 Next up is the “ Sashimi Salad ” which comprises of raw sashimi and mixed fruit with tempura batter crunches, topped with wasabi dressing. The blend of juices from the mixed fruits and the fresh sashimi is great combination while the dressing provide a good balance from the going overboard. The batter compliments the overall by giving it some bite of crunch in the mouth. 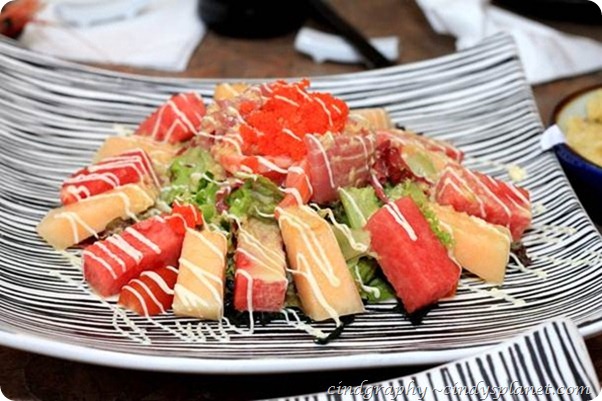 Next serving is the “ Tori Teppanyaki and Seafood Teppanyaki ”. The vegetable that was stirred fried along with meat was alright however the meat was not really great as the texture were tad dry and wasn’t tangy. The seafood is drenched and the texture is all too wet. 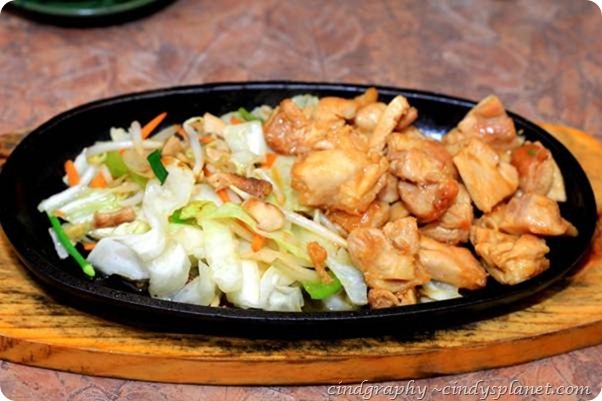 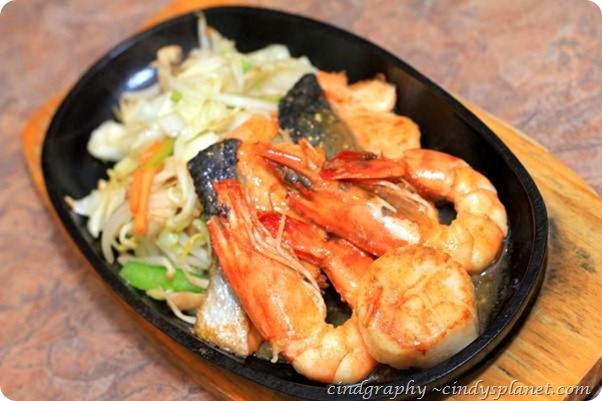 Sailing across the sea is the “ Soft Shell Crab Maki Roll ”. The roll comprises of the soft shell crab with crabstick which didn’t appeal to me as Soft shell crab taste rather bland and lack of its natural taste while the rice is too mushy, rather starchy though the combination of the black sesame does serve its purpose to give the slight taste along with the ebiko and mayo dressing on the top. 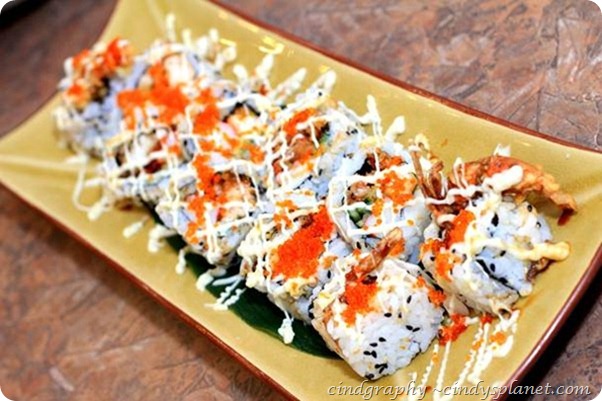 Reeling in on the next dish is the “ Gindara Mentaiko ” which comprises of the light searing on the cod fish that is covered with fish roe, tangy noodle and a dash of hatayaki sauce. Though its tad salty however overall taste taste is absolutely great as the combination of the fresh cod fish with the roe gives the tasty flavour and the sauce to compliment on the combination. 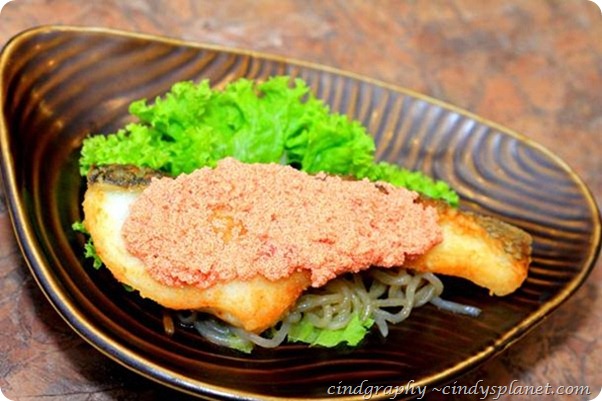 Next serving would be going green as we have the, ” Salad Roll ” which comprises of the crispy lettuce wrapped in seaweed. This is an alternative for those love greens which is a healthier and tasty though its vegan. 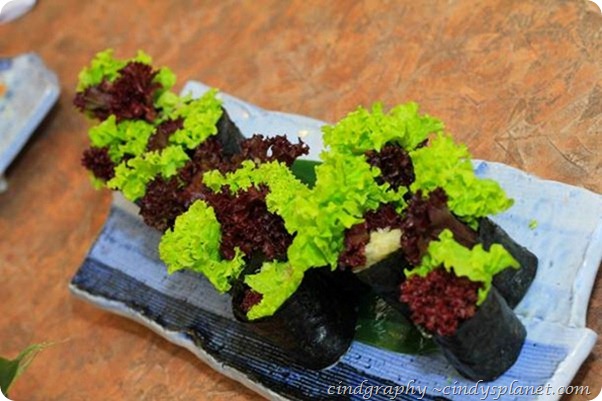 Following we have the “ Gindara Seaweed Butter ” which comprises of the Cod fish with king oyster mushroom, potato salad, and vinegar. The taste leans more to sweet and slight sour. Seaweed is fried to soft with added vinegar to it. The Cod fish is pan seared which give the slight outer crust with crisp and the soft mushy seaweed layer on top of the cod fish is to be loved. The potato salad taste is marvellous as well though the king oyster is tad hard to chew on. 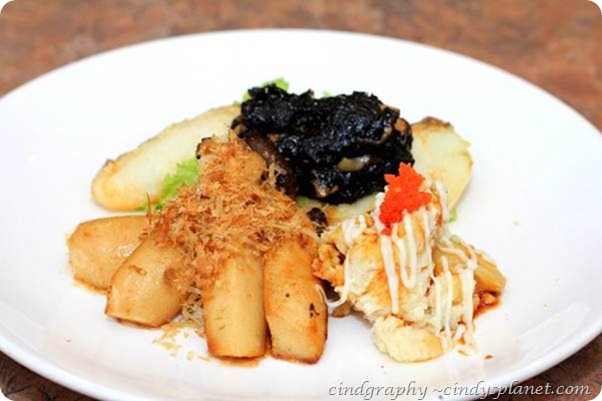 Next we have the “ Hiyashi Ramen ” which comprises of hiyake with sesame sauce, seaweed butter with vinegar n ramen. The cold sesame sauce had definitely appeal to me and the crabstick (Premium type flakes taste so great whilst the cold ramen with butter yaki, taste great with its texture tangy and goes great with the sauce. 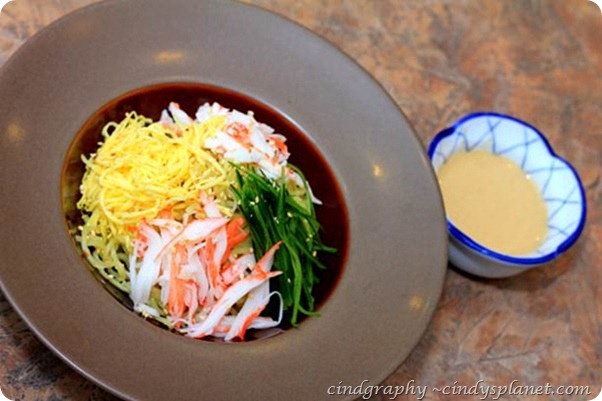 Following we have the “Mentaiko Yaki ” that comprises of the stir fried udon with cod roe. The udon is tangy and chewy with the shitake slices of which the cod roe compliments the udon really well. 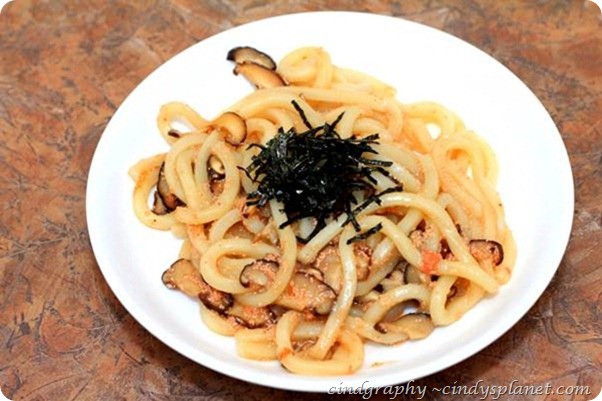 Bringing in the special is the “ Unagi Kabayaki ”. The unagi are of the premium grade which is boneless however the texture leans slight to gelatine texture (Thicker skin) as there is notable lesser flesh on its slices and somehow lacks the aroma of the teriyaki sauce that i always love in a good unagi serving. 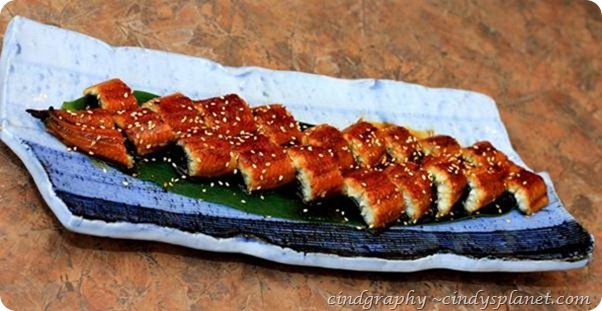 Oh ya, it’s time for desserts and this time around we have the “ Homemade Black Sesame & Green Tea Ice Cream ” which surprisingly comes in white colour. The flavour is great, thanks to the sesame which is the mixture of white and black sesame that is fried together to draw its aroma whilst giving it taste that infused along with ice cream however the texture wasn’t doing well as lacks the creamy and smooth element that makes ice cream interesting. The green tea were slightly mild towards bland which the match flavour is slightly too mild for my liking though the red bean paste have attribute some flavour to the serving. 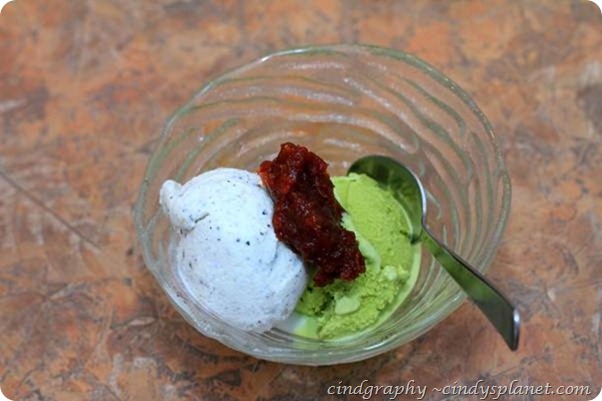 In overall the food is great in terms of the freshness aspect which is crucial to any F&B joints that would be a crucial factor for returning customer and the consistent in taste which is another crucial element though there are several aspect that leaves much room to further develop. Another point to visit this place would its Sunday Ala Carte Buffet as what I mentioned earlier. The wide selection on the menu would entice appetites across the table especially the sashimi. It’s one of the best Japanese buffet I had within the same price range. Here are the selections available for the buffet! 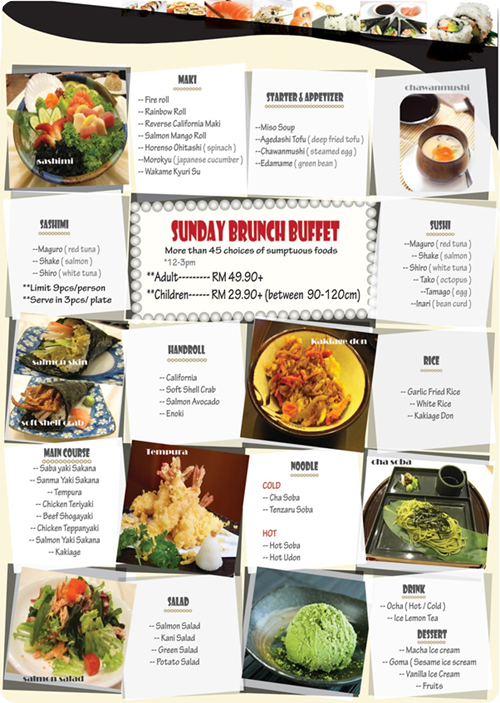 We concluded the session with feedbacks and a big thank you to Zakuro for such extensive serving on the platter of galore with special thanks to Foodirector for another great session in gastronomy experience. 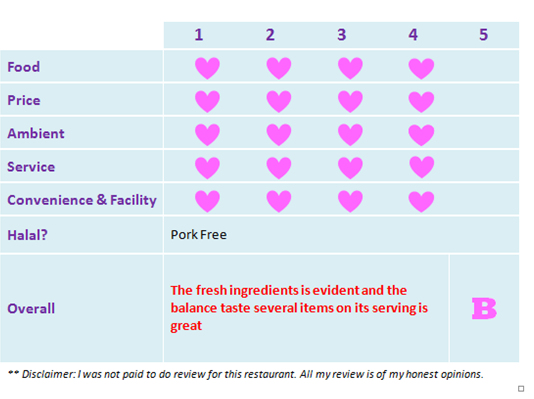 Are You Ready To Move House?

Some Moments In Life Are Too Important Not To Be Perfect!