Not sure if you had read the other part of my Athens trip, if you have not check out this link. Today I will be continuing the 7 remain places to visit when you are in Athens.

Last post I stop at the National Historical Museum, from there we walk to Roman Agora. It takes about 15minutes. Roman Agora also known as the Roman Forum of Athens. It was founded in the late first century BC / early first century AD.The Roman Agora of Athens is also home to the Gate of Athena Archegetis (circa 11BC) as well as the remains of some ancient public toilets. 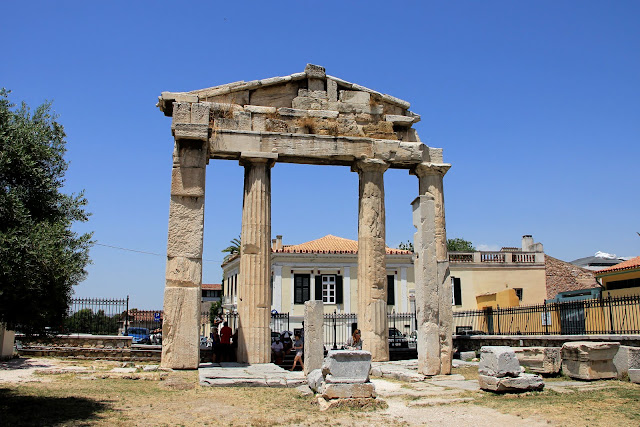 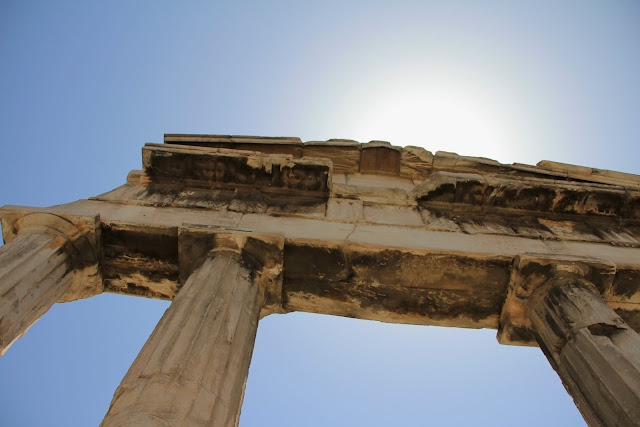 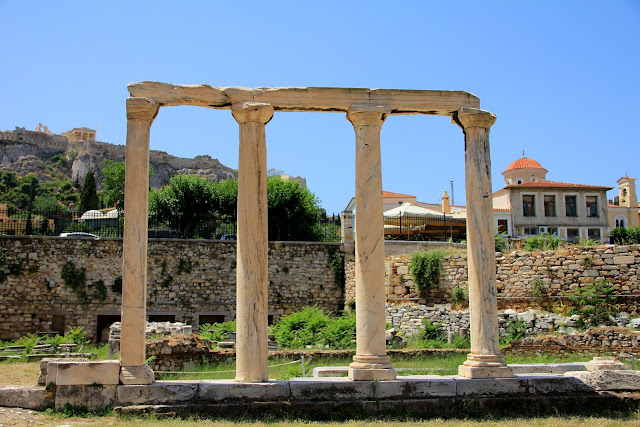 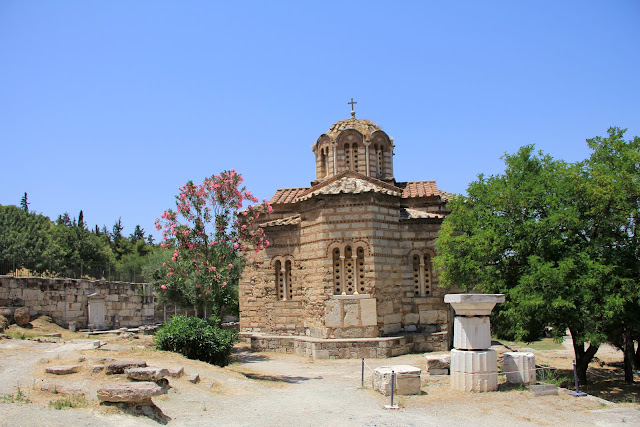 Ancient Agora was a market, a meeting place and the social, political and commercial hub of the ancient city. It has been destroyed, rebuilt and renovated several times, including attacks by the Persians in 480BC, the Romans and by the Scandinavian tribe known as the Herulians in 267BC. Ancient Agora of Athens houses several fascinating sites, including the stunning fifth century BC Temple of Hephaestus. It is also home to the remains of several covered walkways or “stoas” such as the famous Stoa of Zeus. We also went into the Agora Museum where they have more info on the Ancient Agora. 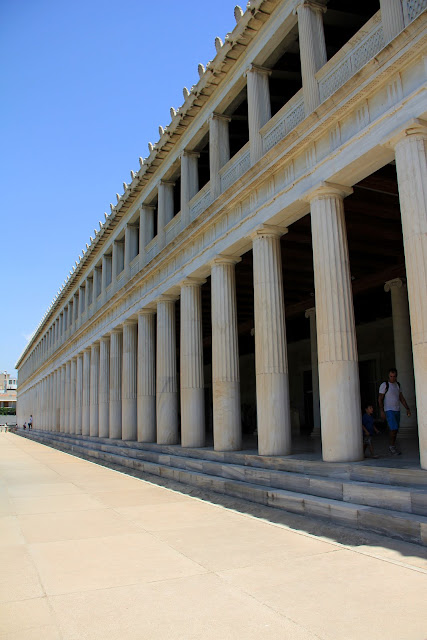 Inside the museum, there is many statue, coin, toys, writing tools, kitchen tool as well as historical data to read on. 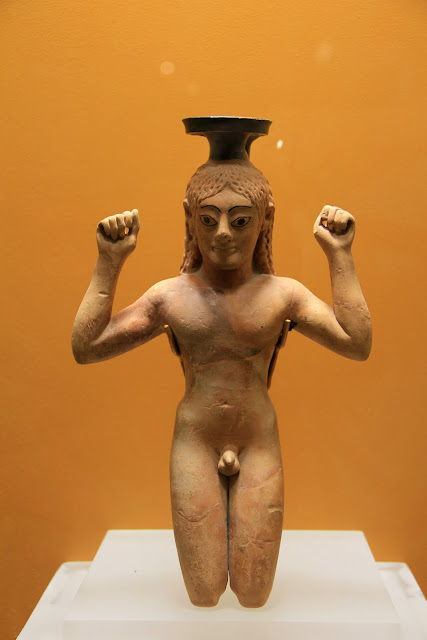 Aryballus – a small statuette from 530 BC which was used as an oil bottle. 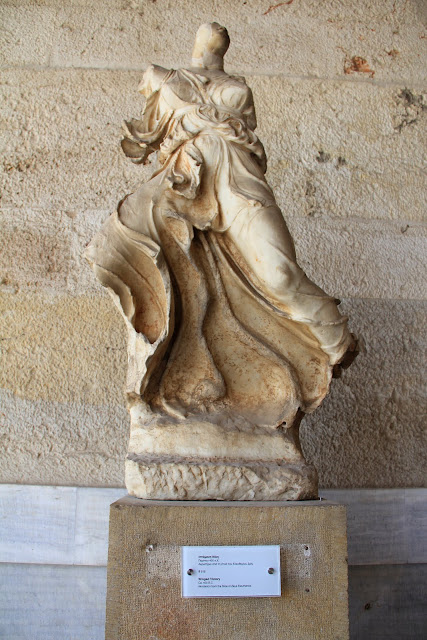 and we continue to walk around Ancient Agora, the entire site is quite huge. So take your time to slowly explore each section. On the left of the museum, we can see the Odeion of Agrippa, a large auditorium built at the center of the Agora to hold musical performances. The building was destroyed by the Heruli in 267 AD. In the fifth century a large bathing complex, known as the Palace of Giants, was built on its foundations. Three of the triton statues that adorned the entrance of Odeion and later the Palace of Giants, are still visible. 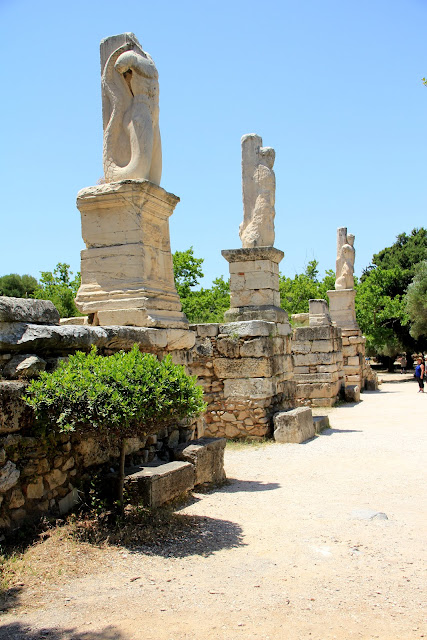 then we slowly walk up to the Temple Hephaestus. 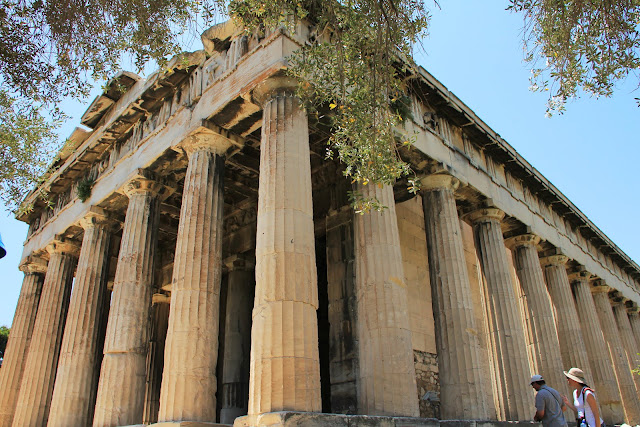 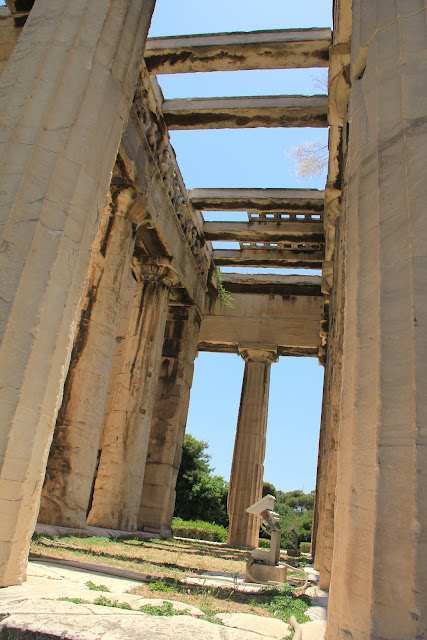 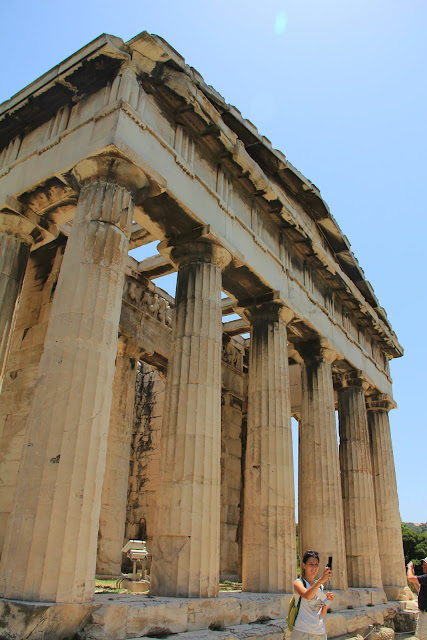 We then end the day after so much walking… We slowly walk back to plaka area and on the way we stop at Davinci Gelato for waffles and gelato!!! You gotto try their waffle with heavy chocolate coating…. It seriously so so delicious…. 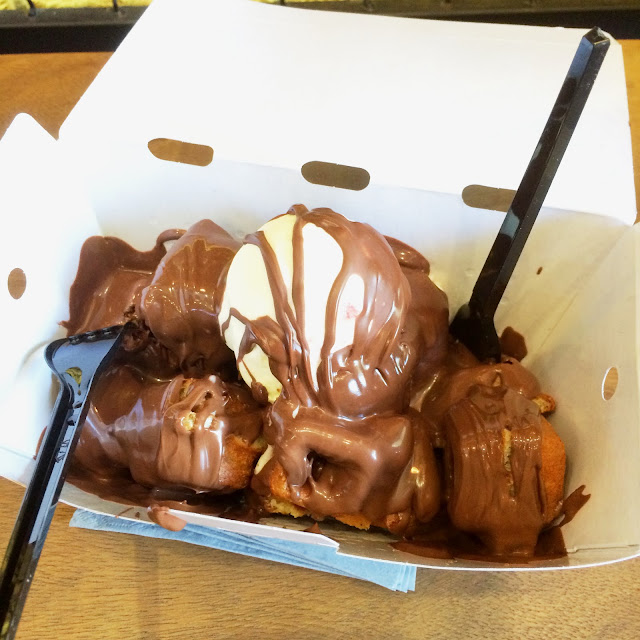 Their waffle machine is a vertical type, a rather unique arrangement and that is why it’s so fluffy and yummy… 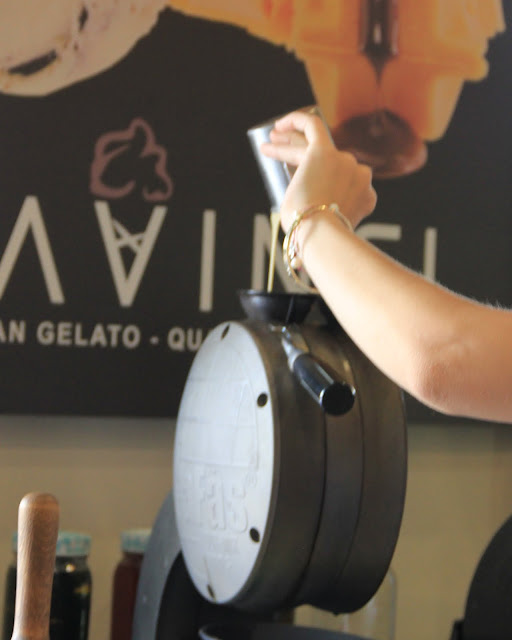 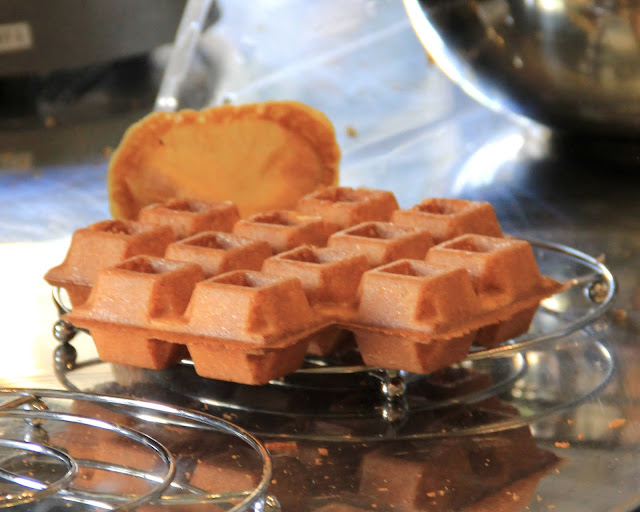 after that we head to Voulis Street to look for a restaurant named Paradosiako, that is highly recommended by one of the website. Nearby the restaurant we also found a mini market which sell very cheap mineral water and other fast food like bread and cheese. These restaurant makes the best Grill Octopus!! Actually I wrote about it in my previous post on Athen Travel Guides. You can also find info on the mini market ont the Athen Travel Guides post. We went to this resataurant again on our last day in Athen because it is so delicious and price is really good too… and also the staff is super friendly! Bonus point!!! 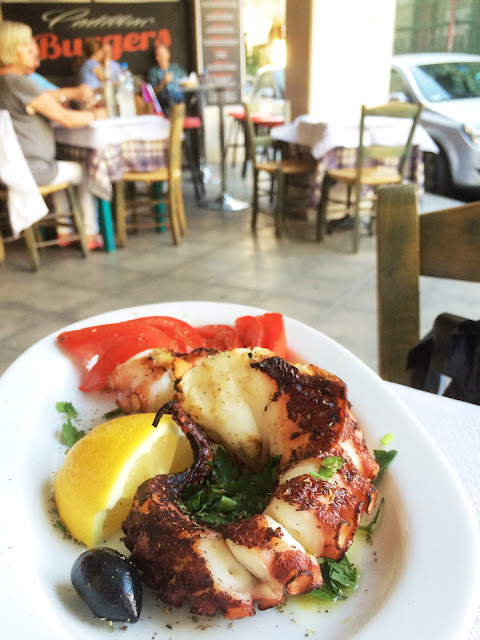 The next day, we have only half a day to explore Acropolis before we fly to Spain!

We first visit the Acropolis Museum. We really like this Museum as it houses every artifact found on the rock and on the surrounding slopes, from the Greek Bronze Age to Roman and Byzantine Greece. We are allowed to take pictures in certain area thus can’t show you much. Inside there is a few level, so allow sometime to explore each level. Also don’t miss the movie on Acropolis History. 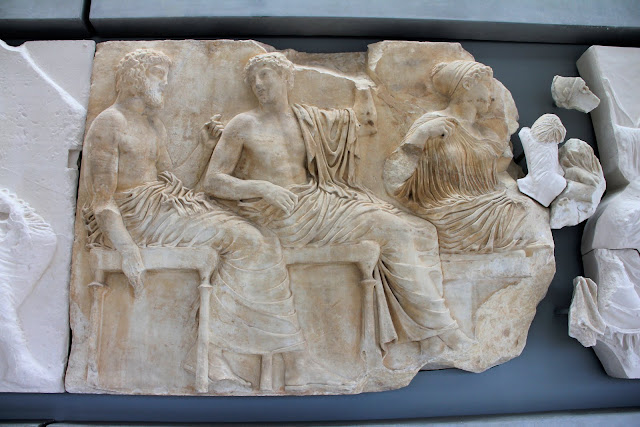 After that we have to walk all the way up to Acropolis. 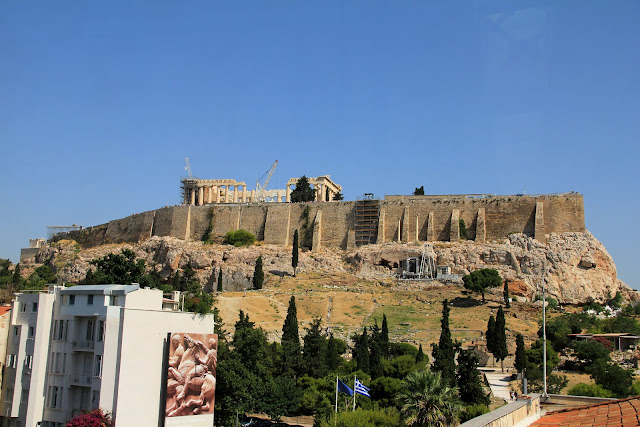 Make sure you wear comfortable shoe as there are quite alot of walking up hill on uneven surfaces. 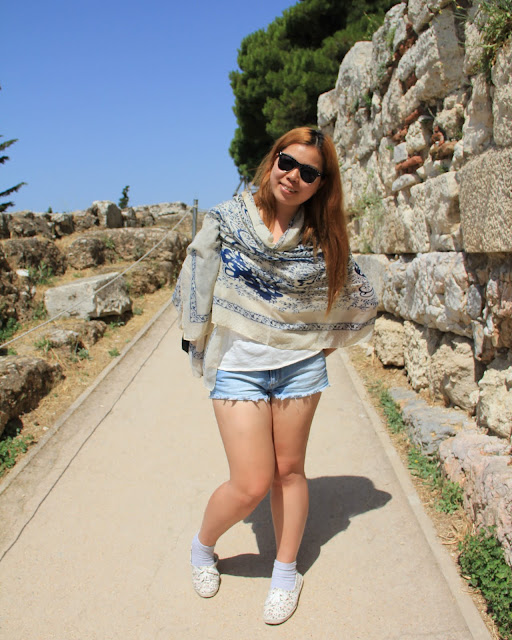 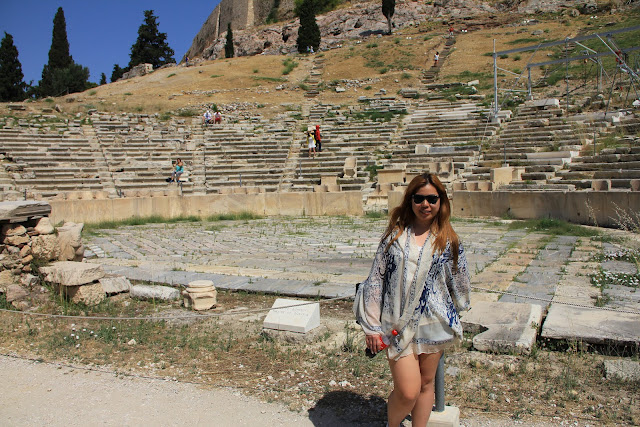 11. Acropolis
The Acropolis contains a number of buildings and monuments from Greek Antiquity, including the Parthenon, the Erechtheion, the Propylaia and the temple of Athena Nike. The majority of sites on the Acropolis were constructed in the 5th Century BC, during the ‘golden age’ of Athens and under the stewardship of Athenian statesman Pericles. After the original site was burned to the ground in 480BC during the Persian Wars, the Athenians set to re-building their city with monuments that would bear testament to the greatness of their state. 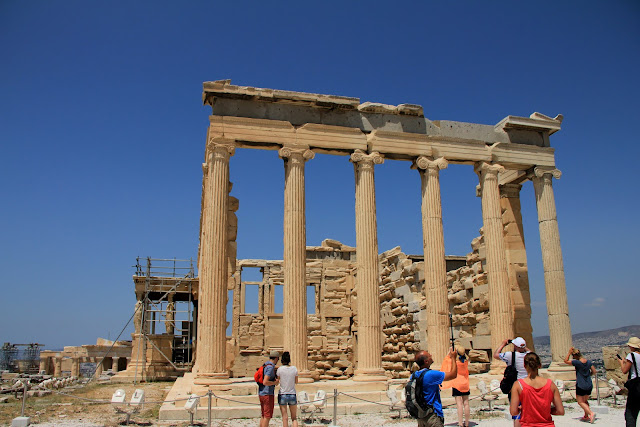 The Acropolis continued to be developed throughout the Hellenistic, Macedonian and Roman periods. After the area became Christianised, the Acropolis complex was largely converted for use as a Christian centre, with the Parthenon serving as a Cathedral. 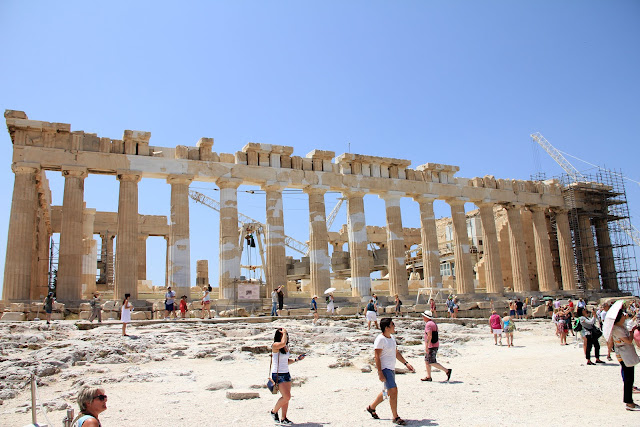 However, by the early middle ages, the Acropolis was more frequently used as a defensive fortification by the various occupiers of the city. During a battle between Venetian and Ottoman forces in 1687, the Parthenon suffered severe damage which was never repaired. 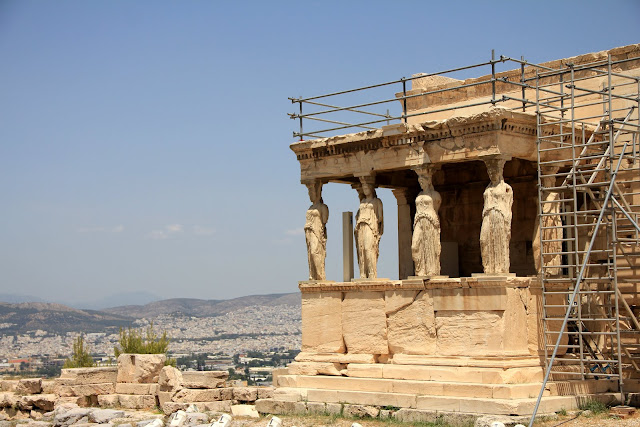 There is still a lot of rebuilding work been carrying out now. I wish to revisit Acropolis one day when it is completed.
12. Parthenon
Parthenon is a monument to Classical Greek civilisation. Built during the golden age of Pericles – the famous Athenian statesman – the Parthenon was originally constructed to be a temple to the Ancient Greek goddess Athena. Through the centuries, the Parthenon has also been used as a Christian Church and a Muslim Mosque.The Parthenon was heavily damaged in 1687 during a conflict between the Ottoman Empire and the Venetians. Many of the surviving sculptures from the Parthenon were removed from the site in the early 19th Century by the Earl of Elgin and are now on display in the British Museum. 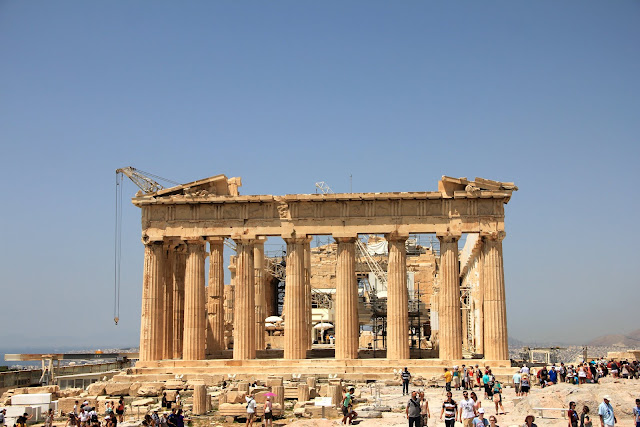 So with the Acropolis we shall end my post on Athenss!! Coming up shall be Videologue of Santorini. I am so excited to edit it but gah my laptop is not at its best to support the video editing software so it might take sometime to edit the video!Please bear with me k? For now I got to say good bye. Thank you for reading my super long post. XOXO

Also if you want to go somewhere nearby do check out the Armenia Tour package and add another travel adventure into the list since at it.