Hello everybody….. Finally managed to take some time out to draft this post… Already passed a year since my Honeymoon in Europe and only managed to draft this now, guilty as charged…. In this few months, I intend to complete all my travelogue for Europe including the Vlogue tooo….

We were in Athens for 3D2N but technically about two and a half day and we pack all possible tourist spot into the time frame. So we fly directly from Switzerland back to London and then to Athens due some plan changes last minute. You can however fly directly from the country you are at. So Athens airport is much more well build than I expected and please shop at the MAC there!! It’s so cheap!!! So as we land, we took the metro to Syntagma to check into our apartment in Plaka. You can read our Athen Travel Guide here, as today we will focus on details of each historical spot. 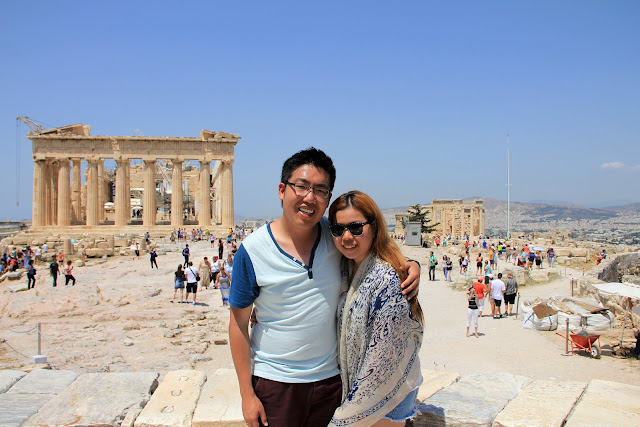 So here is the the map to show all the places we visited in sequence….

First up is Hadrian Arch… Hadrians Arch located on the western side of the temple of Zeus, was built in 131 A.D. by the Athenians as a triumphal arch in honor of the great Roman Emperor Hadrian, benefactor of the city. Hadrian Arch was the borderline between the ancient town of Athens and the new district , named Adrianopolis or new Athens. 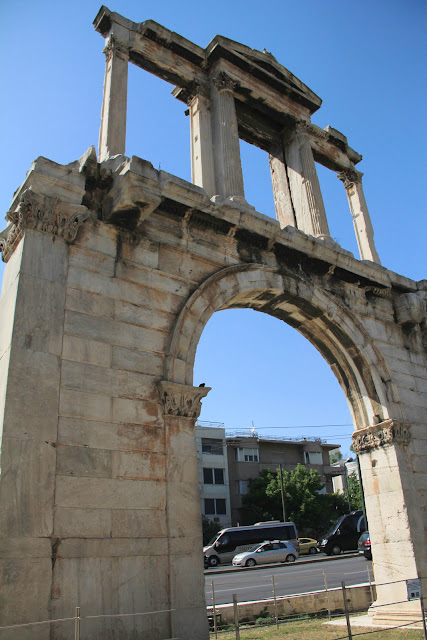 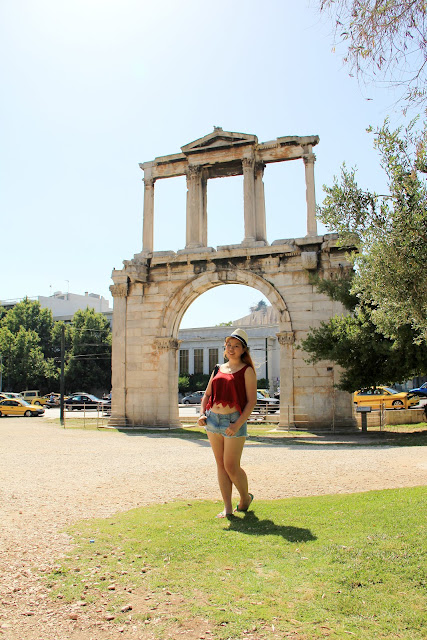 After that we move to Temple of Olympian Zeus.This temple were dedicated to the father of all the ancient Greek gods. It is an impressive structure which still exudes power and magnificence. The construction of the temple was concluded by the Roman Emperor Hadrian in the 2nd century A.D. The ruins of the temple of Apollo Delphinius and the gates of the Themistoclean walls can be visited on the same site. An otherworldly feeling of peace always reigns in this area, creating the impression of a time lapse between centuries. We really like this site has it has a nice spot for shooting during sunset, the sun ray is so beautiful. 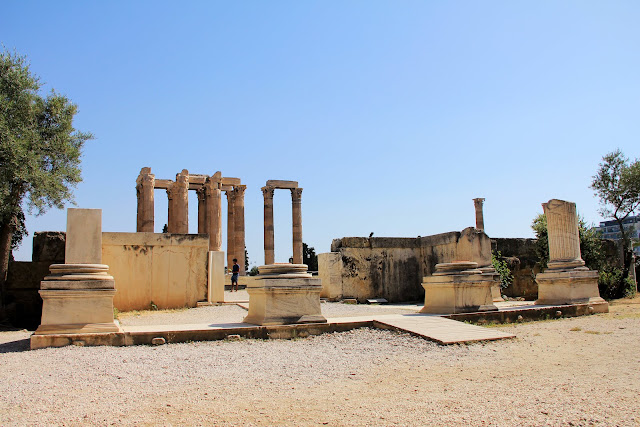 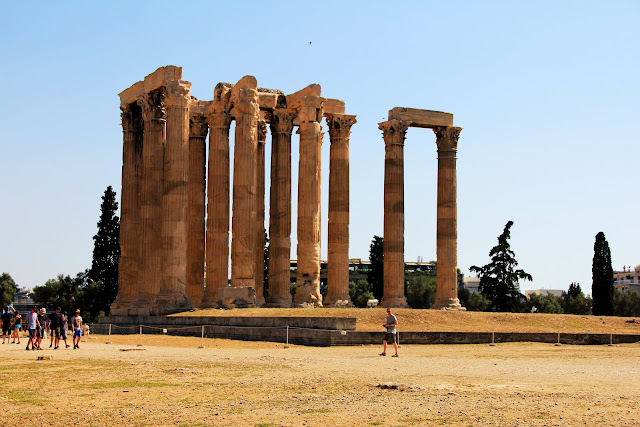 and also a good spot for OOTD haha… 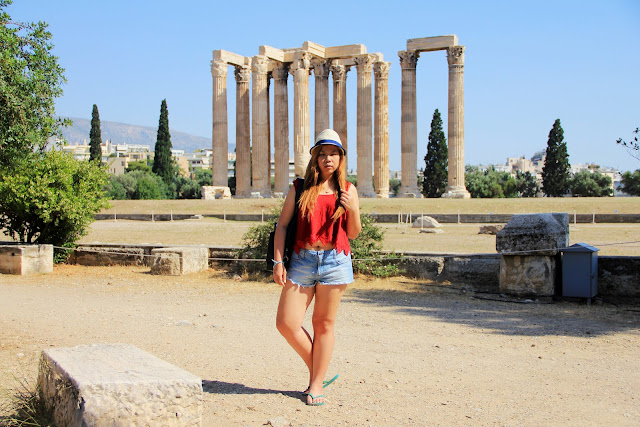 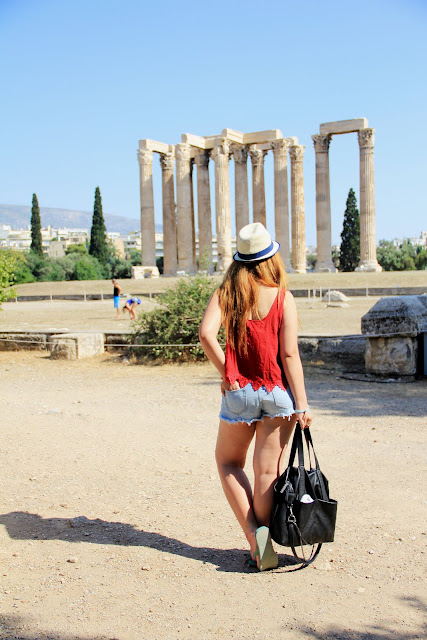 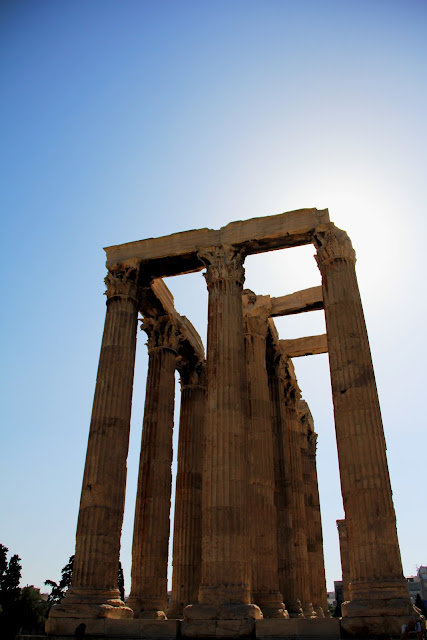 After that we call it a day since it’s almost 5pm and most historical site is closed and we were pretty tired from overnight-ing in the airport the night before. We walk back to Plaka to shop around and also look for a restaurant for dinner… I couldn’t recall the restaurant name but it’s quite noticeable if you roam around Plaka. The restaurant just located opposite of my apartment. 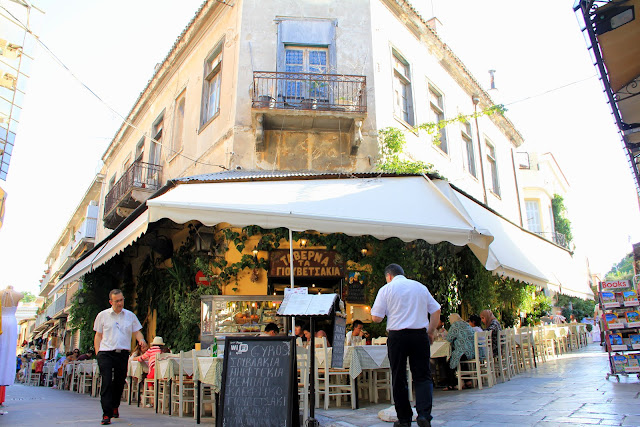 We order Aburgine (Eggplant) Gratin with Feta Cheese. OMG this is so so delicious. Until now I cannot forget the delicious flavour. The Auburgine is very soft and tender infused with the tomato puree and also the feta cheese flavour. 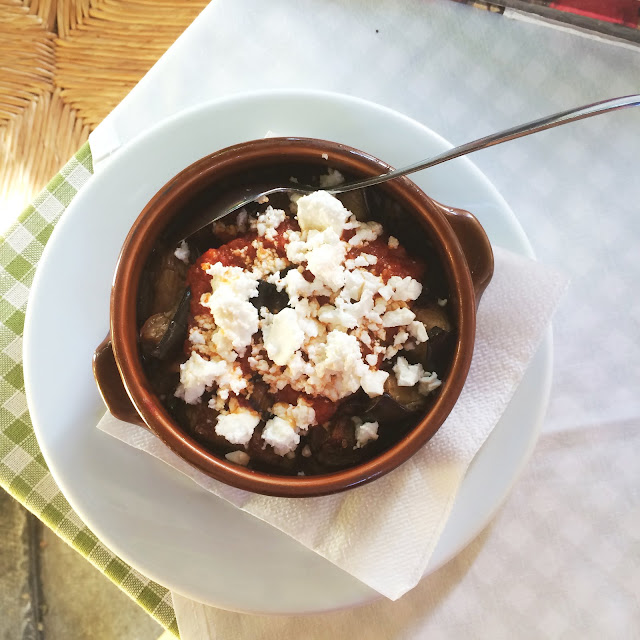 We also order the stew beef rice. Though it may not look good in picture but trust me, it taste amazing… Every single grain of the rice is coated witht he tomato beef stew gravy and is so soft… The beef is soft and the texture is just right, loving every bite. 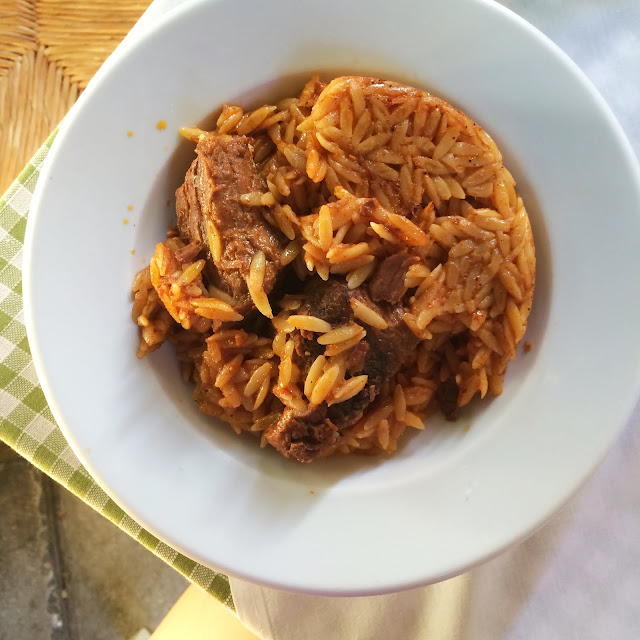 After the meal, we continue to shop around Plaka. There is a lot of souvenir to buy here but some can be pricey so remember to haggle for best price. I think stuff are cheaper in Athens than Santorini. After that we call it a day and went back to get a good rest.

The next morning we are recharged and ready to explore the Monastriki Market. Basically it’s a morning market that sell alots of things… You can get clothing, gladiator sandal, shoes, bags, antiques, souvenir, food and many more… It has a really warming atmosphere with a lot of tourist roaming around. 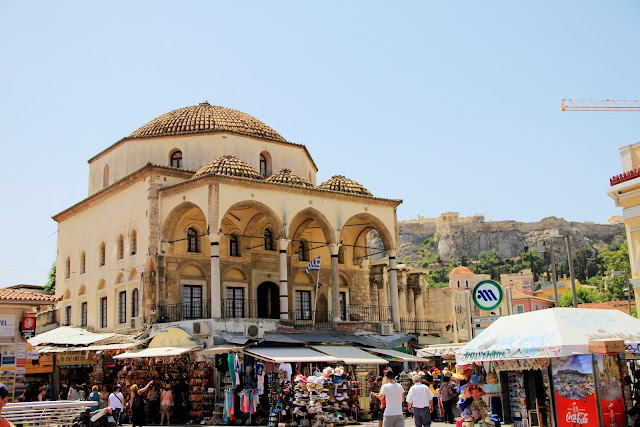 Oh I also bought a packet of cherries and eat it while I walk!!! Oh so yummy! 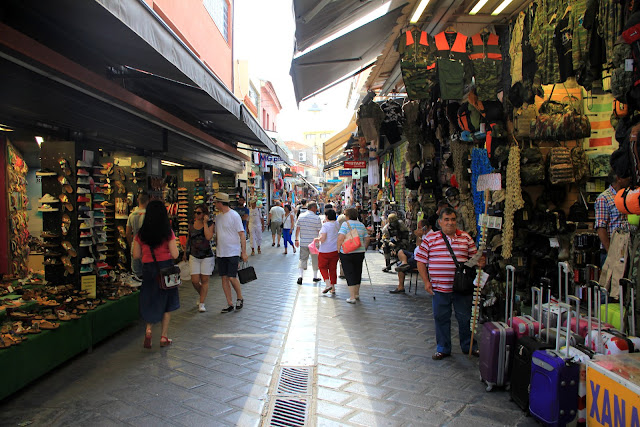 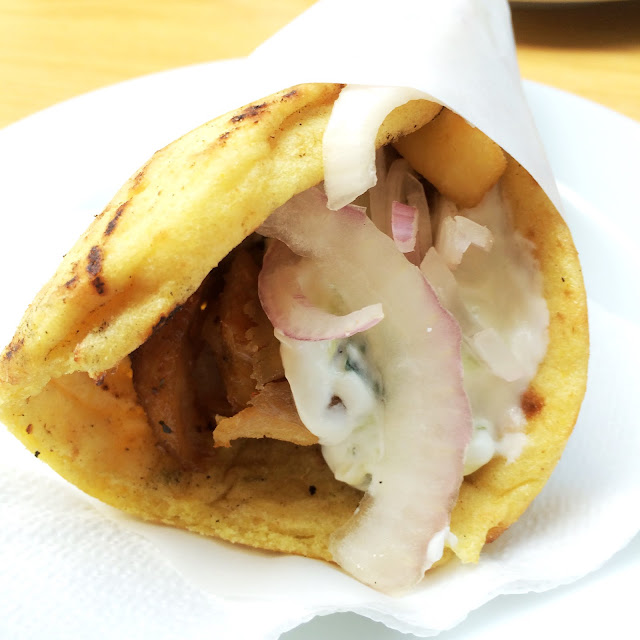 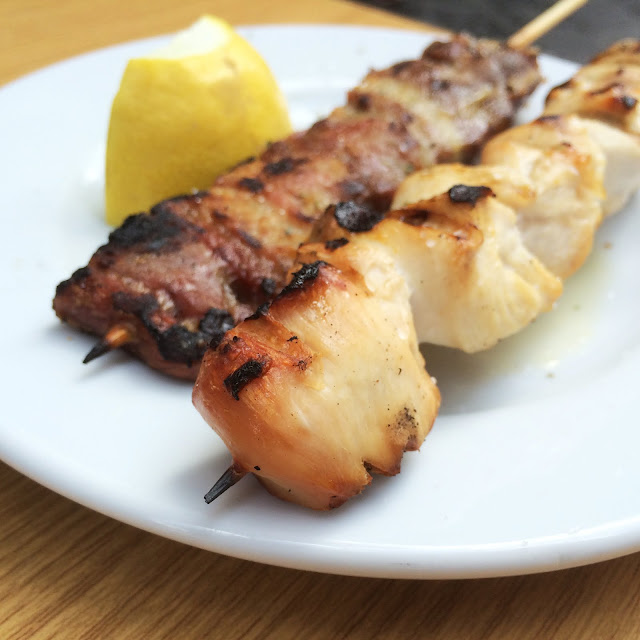 Nearby is the National History Museum (Old Parliament). The site was occupied originally by the house of the Athenian magnate and politician, Alexandros Kontostavlos. After Athens became the capital of Greece in 1833, King Otto selected it as temporary residence, pending the construction of the Royal Palace (which houses Parliament currently). the house burned down in a fire in October 1854 which lead to construction of a new building. Some of the important events that occurs in this site in the modern Greek history includes the assassination of Prime Minister Theodoros Deligiannis on the Parliament steps on 13 June 1905, and the declaration of the Republic on 25 March 1924. After the parliament was moved, the building housed the Ministry of Justice. In 1961 the building underwent extensive restoration and became the seat of the National History Museum. 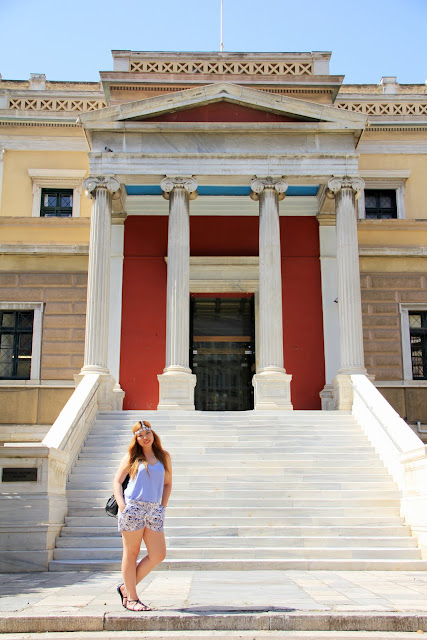 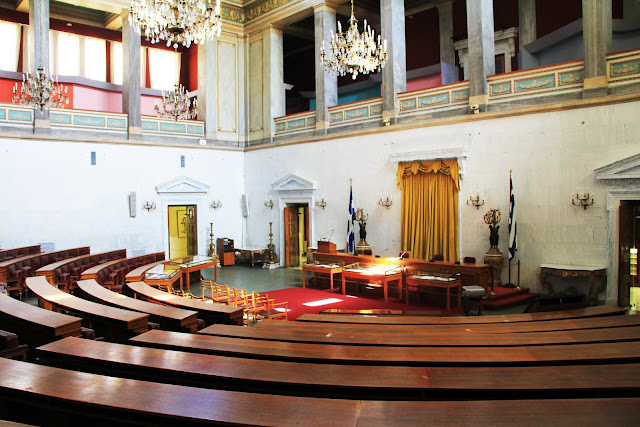 The museum houses the collection of the Historical and Ethnological Society of Greece (IEEE), founded in 1882. It is the oldest collection of its kind in Greece which contains historical items concerning the period from the capture of Constantinopolis by the Ottomans in 1453 to the Second World War, emphasizing especially the period of the Greek Revolution and the subsequent establishment of the modern Greek state. Among the items displayed are weapons, personal belongings and memorabilia from historical personalities, historical paintings by Greek and foreign artists, manuscripts, as well as a large collection of traditional costumes from the various regions of Greece. 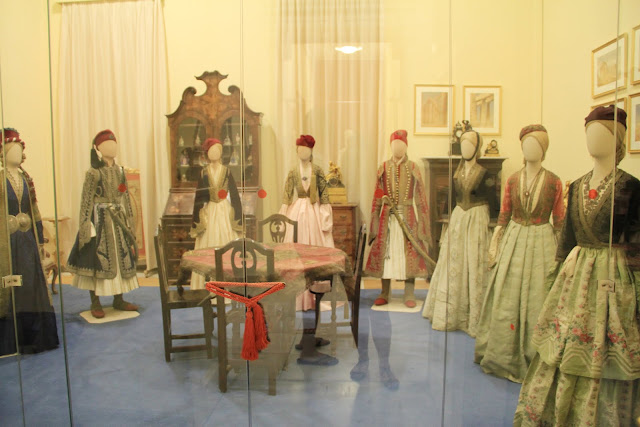 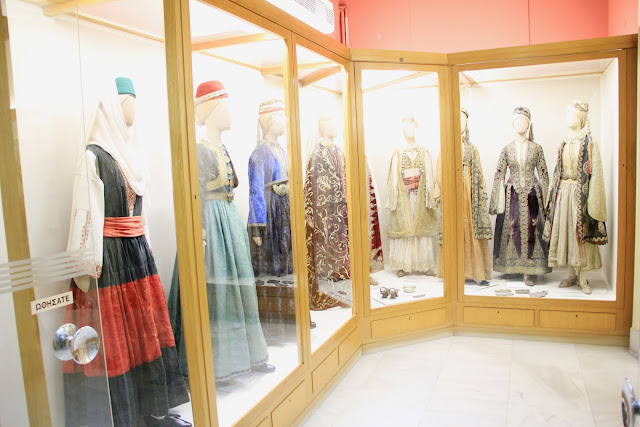 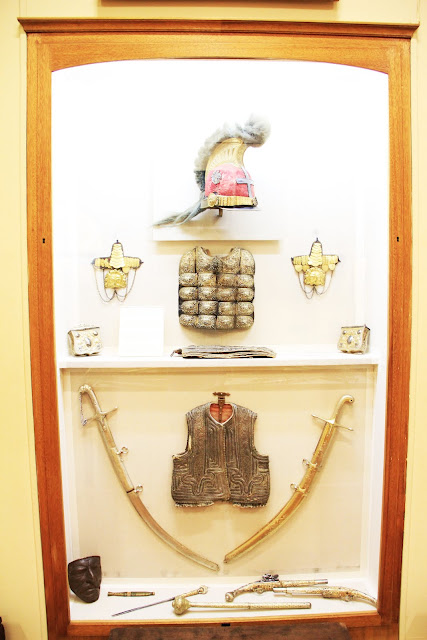 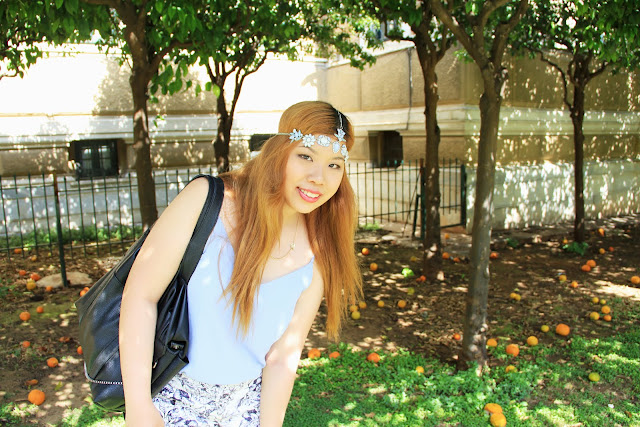 Alright I think, I will end this post for now because it’s getting too long. I will continue the remaining 7 must visit place in Athens in a separate post ok?

Besides the rich historic of Athens, you can also check out the Italy Tour package  to be added on to the travel list of adventure.

Chosungah 22 is in Malaysia + Quick Review Step into the Future with Rencana Royale TTDI