Alt Sidebar
Random Article
Search
Maleficent is a live-action film which re-imagining of Walt Disney’s 1959 animated film Sleeping Beauty, and it portrays the story from the perspective of the antagonist, Maleficent. Angelina Jolie plays the eponymous Disney villainess character, Maleficent whose unwavering trust and being naive would invite unscrupulous people to seize the advantage and cause turmoil in the lands which she inhibits. 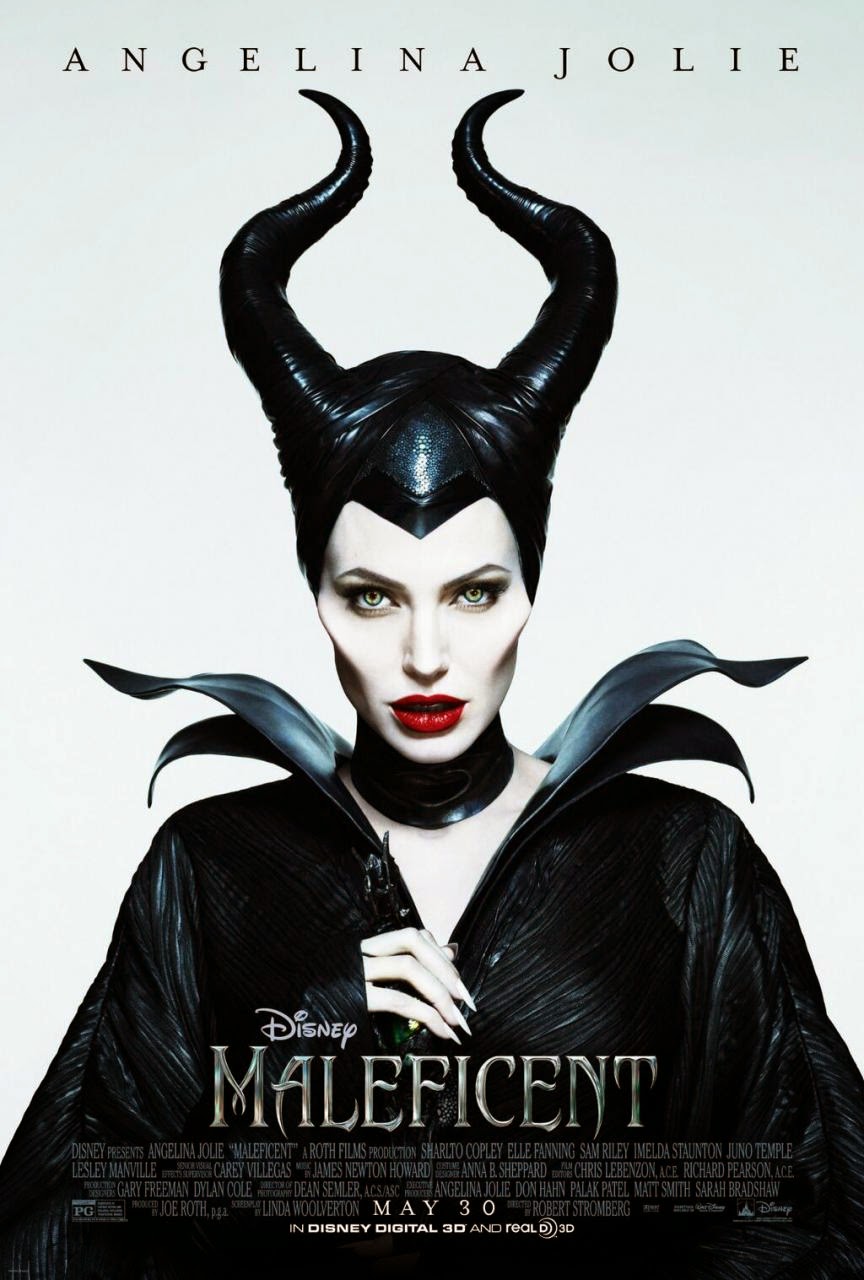 “Evil has never been better”

The film opens with a narration that tells the story of a beautiful, pure-hearted young powerful fairy named Maleficent. Maleficent has an idyllic life growing up in a peaceable forest kingdom in the Moors, a magical realm bordering a human kingdom. As a young fairy, she falls in love with a human peasant boy named Stefan, whose infatuation with Maleficent is overshadowed by his ambition of human greed. As they grow older, the two drift apart until one day Stefan stops coming to see her. Soon an invading army threatens the harmony of the land. Maleficent rises to be the land’s fiercest protector which Maleficent defeats the king in battle in which he becomes fatally ill soon after. The king offers his crown to whoever could kill Maleficent. Young Stefan whom is in the service of the king’s castle, consumed by greed and power, visits Maleficent in the night but can’t bring himself to kill her. Instead he took her trusted and powerful wings, presents it to the king as proof that she was slain.

Are you afraid of a little darkness?

Consumed by rage and Stefan’s betrayal, the vindictive Maleficent mourns over the loss of her wings and begins building a darker kingdom in the faerie realm to ensure the Moors shall never suffer any pain and agony of man. In her plot for revenge, Maleficent rescues a raven named Diaval, who swore allegiance to serve her for life as her one companion and confidant.

My, my, my.. What a Grandeur Event

One day, Diaval informs Maleficent that Stefan whom became a king, is hosting a christening for his newborn daughter, Aurora. Maleficent attends uninvited and curses the baby with a sleep-like death curse to take effect on her 16th birthday after pricking her finger on a spinning wheel spindle. However, Stefan begged her for mercy, she gives an antidote to the curse in the form of true love’s kiss, as an irony towards the “true love’s kiss” Stefan gave Maleficent on her own 16th birthday in retaliation for Stefan’s betrayal. Haunted by guilt, grows increasingly paranoid of Maleficent and her vengeance against him, Stefan has all the spinning wheels in the kingdom seized, burned and locked away to the deepest dungeon behind the castle walls. He also sends Aurora off to live with three bumbling pixies, hidden deep in the woods until the day after her 16th birthday.

Tsk tsk.. Wait at the throne

Despite driven by rage and hate for Aurora, Maleficent begins to take care of her from afar when the neglectful and bumbling pixies fail to do so. Eventually she realizes as the child grows, Aurora holds the key to peace in the kingdom and perhaps to Maleficent’s true happiness as well but feared the curse might run its course. Could Maleficent, the swore protector of the Moors finds purity in heart to see the beautiful life as she had before the darkness consumed of what’s left in her heart.

For those that remembered the original Sleeping Beauty (1959) would be sceptical on how much it had to deviate from the actual movie, and the movie progressed, it depicts female empowerment through tribulations and being victimized villain kind of a movie. The convincing back story and development the character are to be applaud along with the perfect casting of Angelina Jolie as Maleficent whom truly comes to life in full form by Angelina’s stunning performance and presence. The movie brings a twist that’s not cliché, but sentiments that are deep and a tinge of humour that’s ever so natural with action that always keeps you at the edge of your seat.

The portrayal of Maleficent in this movie is not exactly as we know of her from the original movie, but she’s every bit of deliciously evil. It’s pivotal moment to see Angelina play a role that requires a lot of nuances to pull of this character with a lot of depth as opposed to the one-dimensional character from the movie. The spectacular and stunning visual effects will truly transport you to another world, and the amazing work by all the supporting cast. Indeed it is true that the other characters weren’t as prominent as Maleficent, but given the title and theme, it’s to be expected. A spectacular balance on the all elements in film along with the enchanting score brought by James Newton Howard that allow us to relive our childhood memories with a tinge of fresh recap.