Alt Sidebar
Random Article
Search
In the wake of the 2012 success of The Hunger Games film, the sequel returns with the title Catching Fire which based on Suzanne Collins’s novel, Catching Fire. The sequel is set to capture audience with the action and character development which was hastily left off from the first film.  Jennifer Lawrence returns as Katniss Everdeen, the sweet self-sacrifice sister whom took part as an volunteer tribute in her sister Primrose Everdeen in the Hunger Games and came out being the victor, along with the hunks Josh Hutcherson as Peeta Mellark, the wanna be protector and secret harbors feelings for Katniss, Liam Hemsworth as Gale Hawthorne, Katniss’s sort of boyfriend, Woody Harrelson as the previous victor, Haymitch Abernathy. 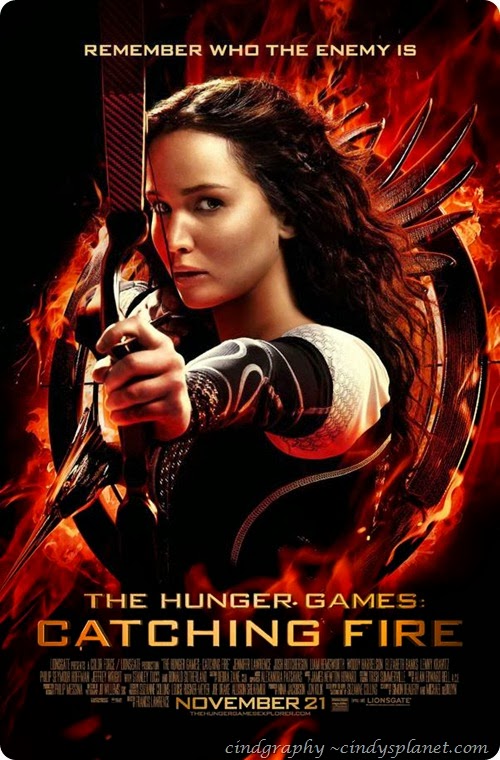 Remember who the enemy is

After winning the violent, bloody 74th Hunger Games, both Katniss Everdeen and Peeta Mellark were declared as the victors and resides at the Victors Village in District 12. On the day Katniss and Peeta are to start a victory tour of the country, she is visited by President Snow, who explains that when she defied the Capitol by breaking the rules so that she and Peeta both survived the last Hunger Games, she inspired rebellions in districts with her act of defiance during the 74th Hunger games and must continue the charade to be in love with Peeta to maintain the illusion that her actions were out of love, not to incite an uprising or risked her family to be killed along with Gale and Peeta’s families. 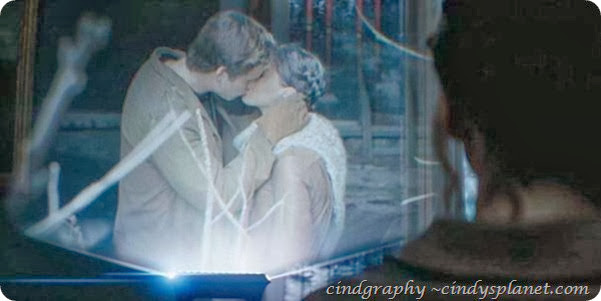 The first stop of the tour leg is District 11, home of Katniss’s short-lived friend Rue, the 12-year-old who competed in the previous Hunger Games. Peeta offered to read the speech from a script Effie provides them however discarded it and voices his thoughts instead. As they leave, a sorrowful Katniss delivers an inspiring speech that causes a man to whistle the tune Katniss used to inform Rue she was safe in the Hunger Games, and provides the three-finger salute of District 12. Everyone followed suit until the Peacekeepers shoot him dead, causing a sudden outburst from Katniss. Haymitch trying to calm Katniss down and informs to both Katniss and Peeta that they have inadvertently became a political target especially a visibly troubled President Snow due to the uprising in District by Katniss’s little stunt in the previous games. 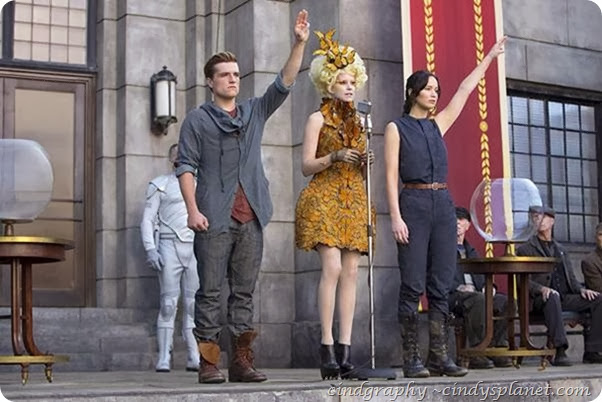 To peace and prosper, or rather not..

A distraught Katniss begs Haymitch to guide her through this nightmare and torment as it’s consuming her from within. The two youths proceed to visit the other districts. In circumvent the issue between Katniss and Snow, Peeta proposes to Katniss in public. Though in the view of the public and entertainment that everyone made to believe, Snow watching them announces that the 75th Hunger Games will be the 3rd Quarter Quell, an event taking place every 25 years in which a new rule is added to the game. The new rule for this Third Quarter Quell states that contestants will be reaped from the existing pool of victors. Devoted to ensure Peeta becomes the champion of the Quarter Quell, Katniss makes a deal with Haymitch that whatever he does, he must ensure Peeta will be safe and continues to win the Games. 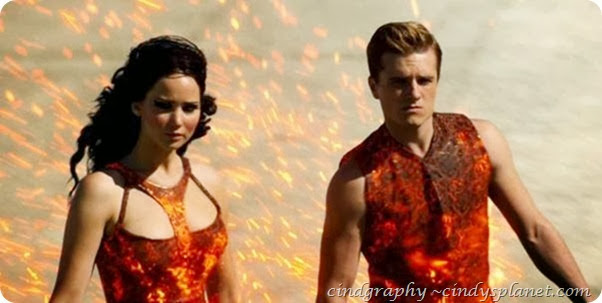 The Couple of Striking Fire

Katniss must once again mustered all her courage and conquer her fear to live through the 75th Hunger Games with the 3rd Quarter Quell as the girl on fire to win the hearts of the audience whilst ensuring the safety of her families and those she truly care about. Will this mark a new beginning and the finale of a tragic tale in the dystopia future which will commence in the 75th Hunger Games? 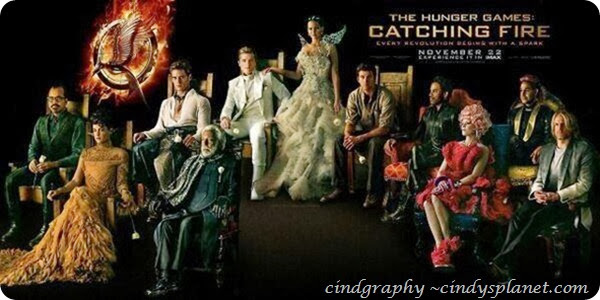 The people of the Games.

In all honesty, the first ‘The Hunger Games’ was good as it had a great concept and some powerful performances especially from Jennifer Lawrence as Katniss whom defies all odds to becoming the victor through trials and tribulation that would essentially shape her character as literally the girl on fire and subsequent flow of motion that will stir up struggles to freedom. 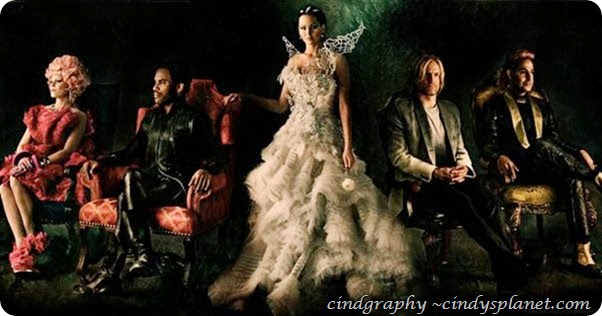 My Entourage of the Games

‘The Hunger Games: Catching Fire’ is everything that a sequel should be, developing the complexity of the characters further whilst advancing the plot and making the things better and interesting by removing the least good parts from the original. In retrospect, Jennifer Lawrence is currently one of the best actresses in the showbiz today and reprising the role that shot her to international stardom, further solidifies her as one of the great casting choices in the whole film. Both Josh Hutcherson and Liam Hemsworth are great in their portrayal as Peeta and Gale respectively, however Woody Harrelson portrayal as Haymitch had definitely catches the spotlight with the mildly (dead) drunk whom cares least besides the survival of some (Katniss in this scenario) though lack scenes that would see more action from him. 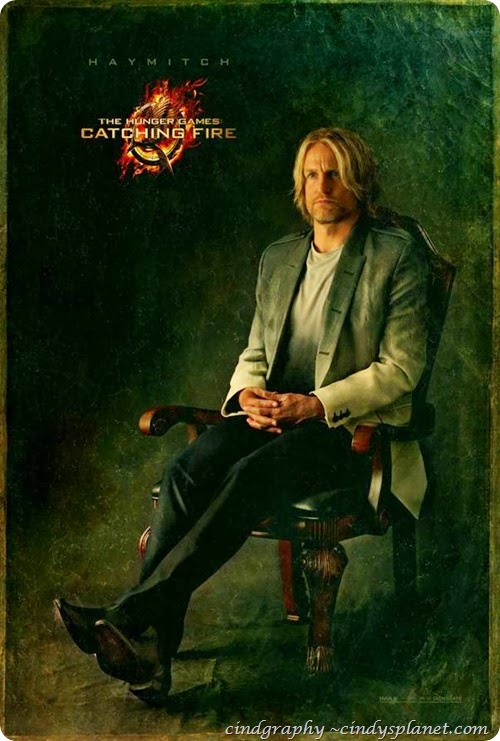 Anyone up for some Jacks?

The transition from the book into film have been done meticulously as the overall action in the movie have kicked up a notch from the previous sequel though things starts to kick off towards the later part which is long winded from the entrée of the film. There is a little more human emotion thrown into the mix whilst the love triangle gets in the mix as well. Adrenaline fuelled and fast action paced movie is definitely something would appeal to some. Catch in the cinema near you today.

The best online catalogues for women

Layover in New York? Here’s How to Get the Most out of It