Back on the saddle, we’re back for another food adventure with OpenRice. This time around we will try out some fusion culinary that features best of both cultures. Dong Yi Shun is set on delivering such by combining the Northern Chinese and Islamic cuisine that is aimed to cater various nationality and race.

Located at the Dataran Glomac, facing adjacent towards the main road, Dong Yi Shun was incorporated in 1995 at Ningbo, China which sees another 11 restaurants that spreads out to Hangzhou, Shanghai, and Yi Wu. Being the first branch in Malaysia, Dong Yi Shun offers special dishes which see the unique and diverse culture from China. 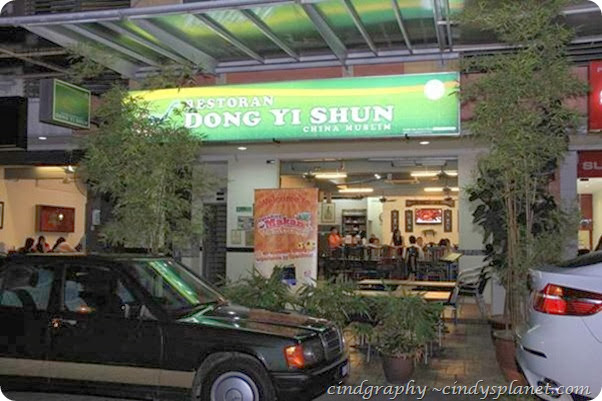 Spotting the furniture that shares similarity to its China heritage, the wooden fixture and table tops is akin to Chinese restaurant that one might frequent. 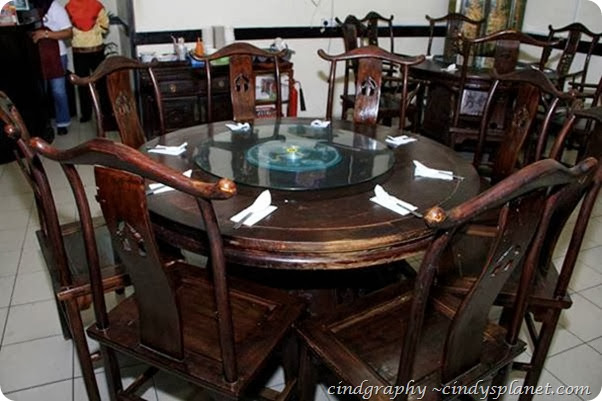 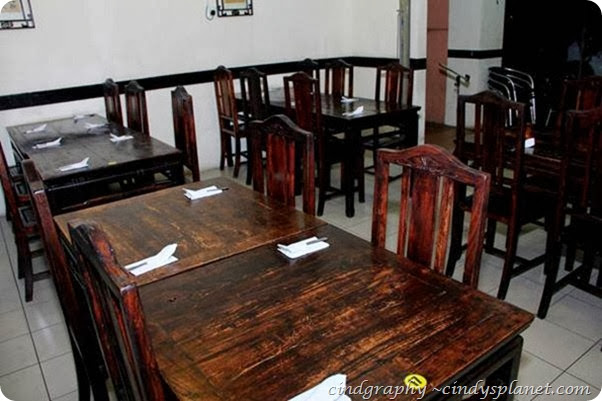 Whilst admiring its interior décor, we start off with first dish from the menu, Golden Empress Fragrant Fish (香辣鱼). The deep fried golden coloured fish looking as ever enticing as it’s crispy on the exterior whilst tender on its texture. The blend of sweet and sourish sauce complements s the fish well that tantalize taste buds alike. 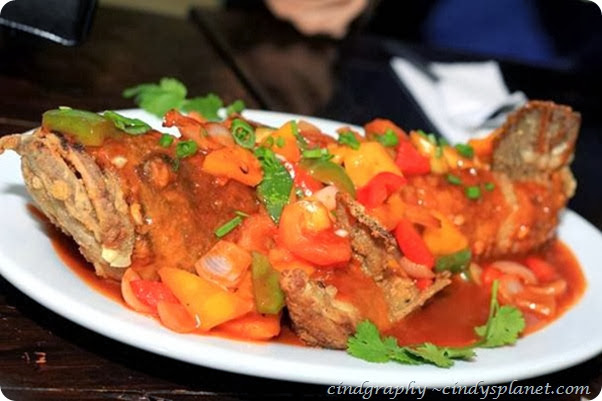 Serving next is Spicy Chicken (辣子鸡). This spicy looking dish is set some taste on fire or just a gist of it. The flavor leans towards spicy savory and the meat texture is tad dry which could be attributed to its cut size. 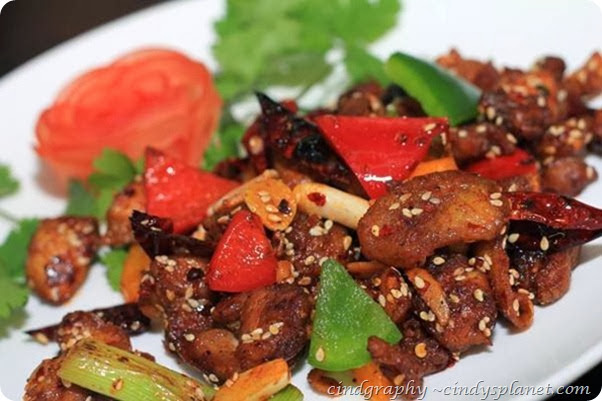 Xiao Long Bao 小笼包 is served on the next dish. Essentially this dish would require skillful handwork to wrap its thin layered skin that holds the broth along with the meat and anticipation was held high on this context. On the first bite, the skin wrapped is too thick and there is no juice whilst its tad salty as well. The meat is somehow bland which supposedly to be beef but doesn’t taste like it which taste almost like chicken. 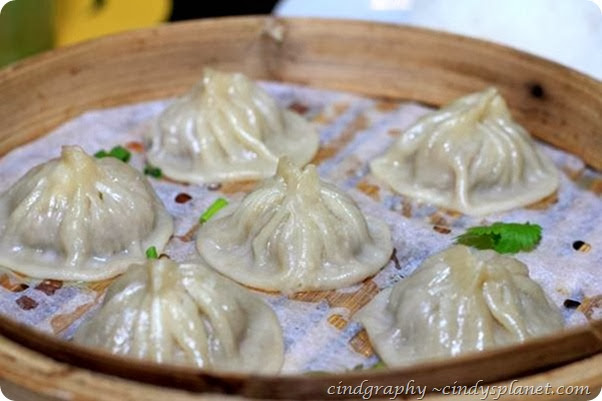 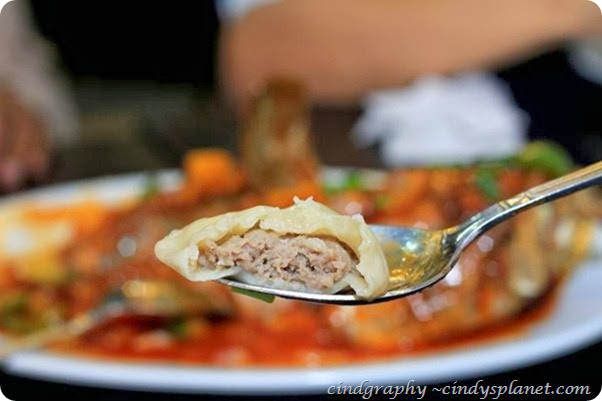 Next up we have the, Pan Fried Dumpling (锅贴). The significant difference spotted would be the paper wrap at the bottom and black sesame sprinkle on top of it. We had some difficulty removing it from the serving plate as it sticks on the bottom which we had peeled off the paper wrap. The chicken is slightly tender and retains more moisture/juicier than Xiao Long Bao though the skin wrap is off the same type as the XLB 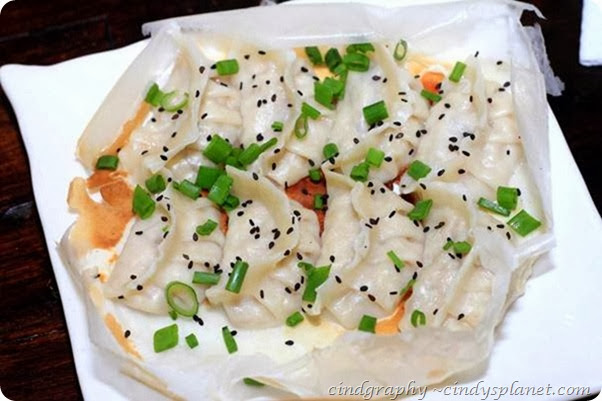 Reeled out from the sea is, Golden Salted Pepper Prawn (椒盐虾). The prawn is deep fried which subsequently tossed to be fried along with the other ingredient. The taste is much similar to the Spicy Chicken (which prolly stemmed from the same ingredients used) except its less spicy and an unfulfilled flavor as it is lacking a catalyst that holds the taste in place. 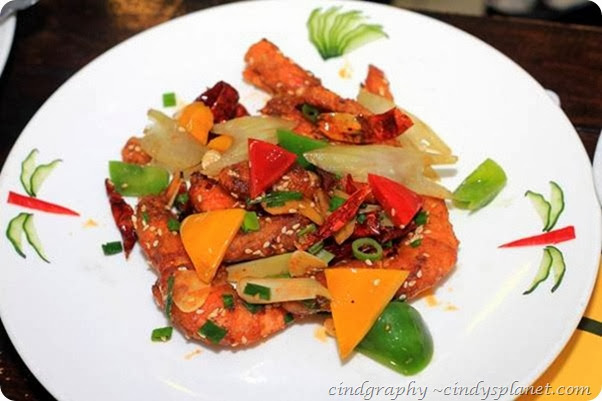 Back to mainland, we have the Zi Ran Lamb (孜然羊肉 ). Said to be one of their specialty dishes, we had the beef version as they had ran out of lamb. Surprisingly the beef taste akin to lamb as the texture is soft however it has a strong smell that is similar lamb’s gamey smell. Though its spicy which didn’t managed to masked the smell, it’s great to go with a couple of beers 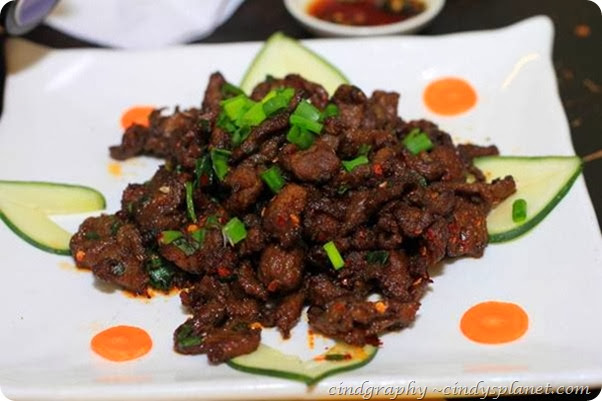 Serving next is the Spicy Sliced Potato (酸辣土豆丝). Initially glance, many would take it as spaghetti which the size and serving is similar. The sliced thin potatoes is tossed and fried along with the dry chilli that gives it the spicy taste which didn’t appealed to me. 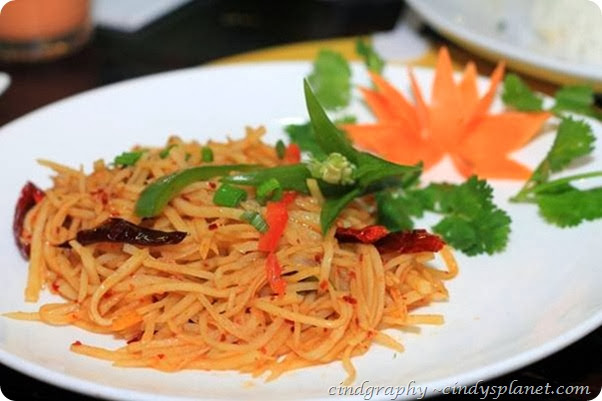 Going green next is the, Dong Yi Shun Four Season Mix (东伊顺四杂). Though fresh looking greens, the vegetable was rather bland and overcooked. We’re surprised on the taste as well which the name heavily implied the specialty that might require tweak on the recipe. 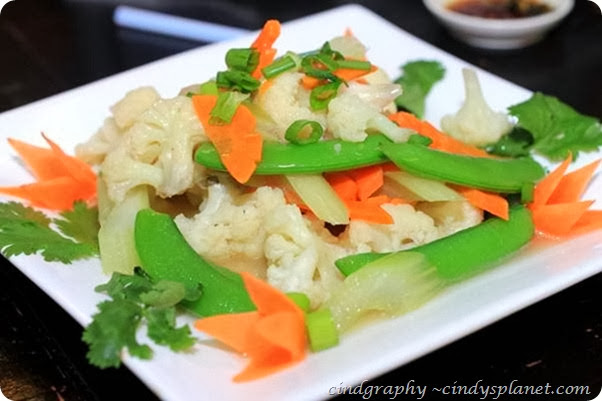 The following dish would be the la mian which the noodle is hand pulled and it is supposedly to be much bouncy on texture. Serving right up is the, Beef La Mian (牛肉拉面) . The noodle is springy which is good, but the soup is rather bland and there is similarity of those using instant seasoning. There is also a slight hint of spicy. 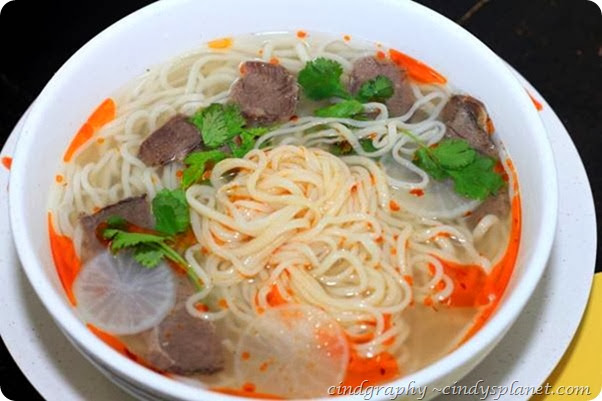 Whilst on soup, we have the Mushroom Prawn La Mian. This dish fared better than the previous serving which the noodles is slightly too soft, lack of the springy texture from the hand pulled though the soup has more flavored and has a very thick consistent gravy a like soup using cornstarch. 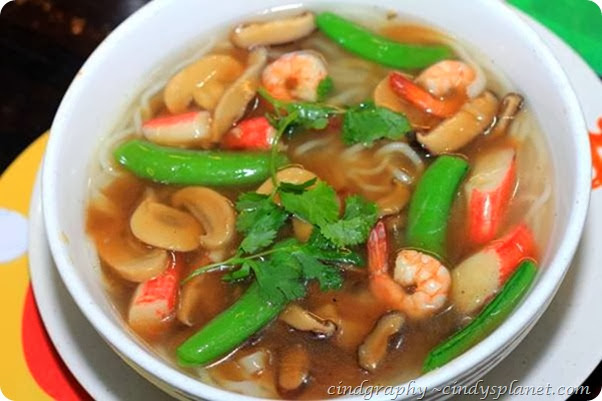 Next up is the Hot & Sour Soup (四川酸辣汤) . The soup leans towards sourish spicy, akin to “Loh Mee” and the soup texture is thick. However didn’t quite like the taste as it’s spicy all over and lack the essences of flavor that would incite the appetite. 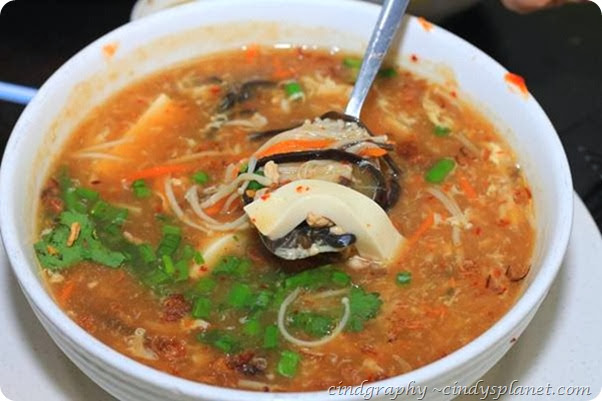 Overall the food fared on average and most of the dish lacks the catalyst element (wok hei) which incorporates various cooking method to achieve a desirable flavors that defines those dishes though the fundamentals of the idea is great especially in the country with diverse cultures and ethnicity. So we conclude our food adventure with the other foodies. 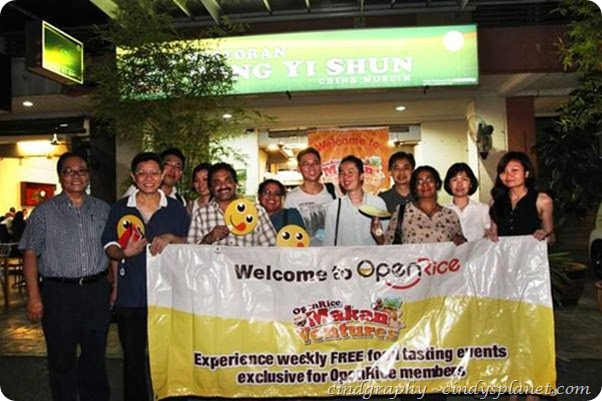 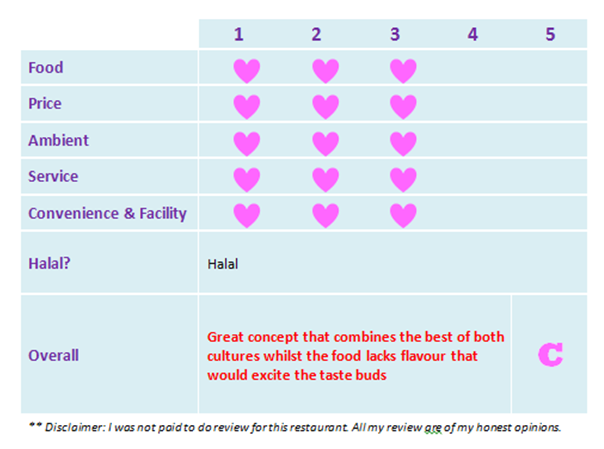 Exploring California beyond the Major Metros

5 Tips to staying fit during the holidays