Hohoho it Thomas here..I’m gonna bring to venture to another Asian delight which is Korean cuisine. Aha, we will be trying some known Korean cuisine and getting a taste of kimchi.

Seoul Scape Bistro is located along the row of shop lots in The Strand, Kota Damansara. It’s bright lit signage would definitely attract attention of passerby along the stretch of road. 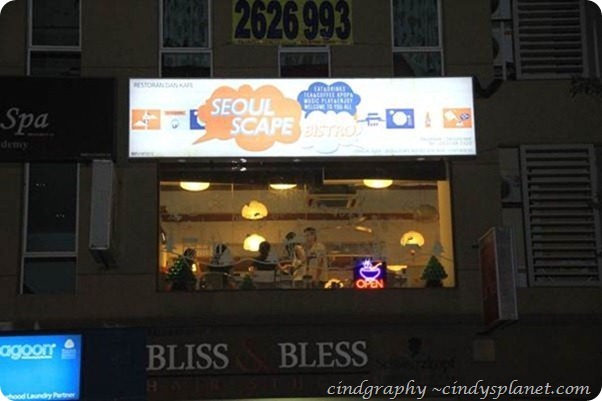 Based at first floor, the flight of steps heading to the entrance has graphic visual to welcome patrons to the place and unique sketches of modern art incorporation that also embedded their information in it as well. 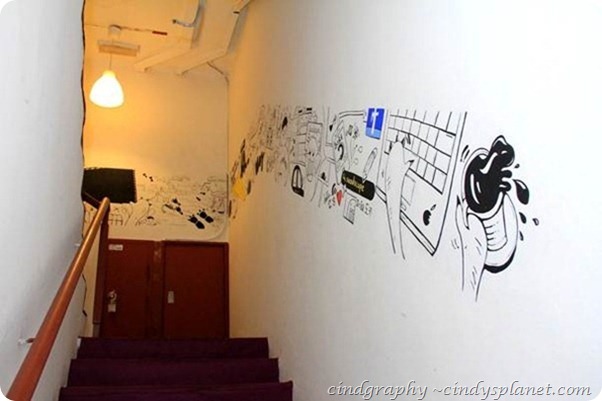 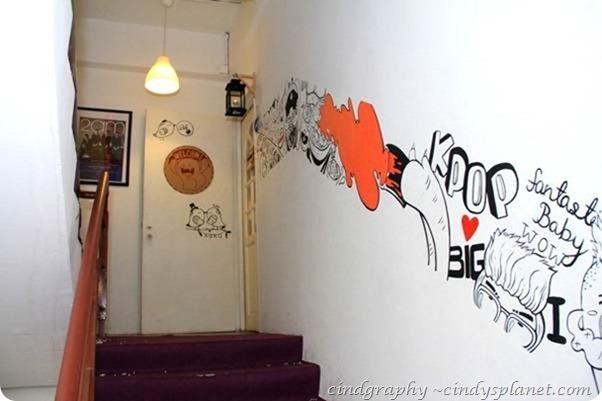 The visual graphics also continues with its interior decor which features various elements from Korean culture to everyday household items. The decoration also features some very unique display which prompts the snapping of it. 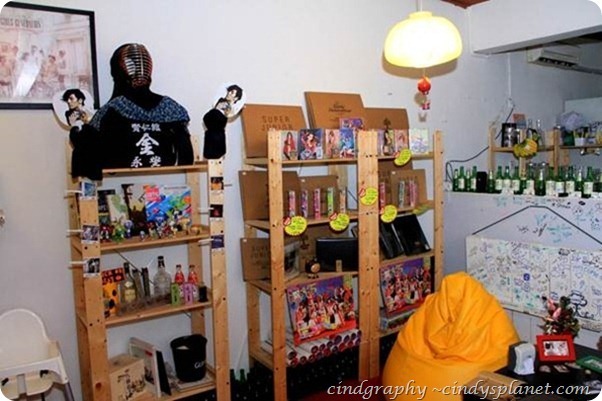 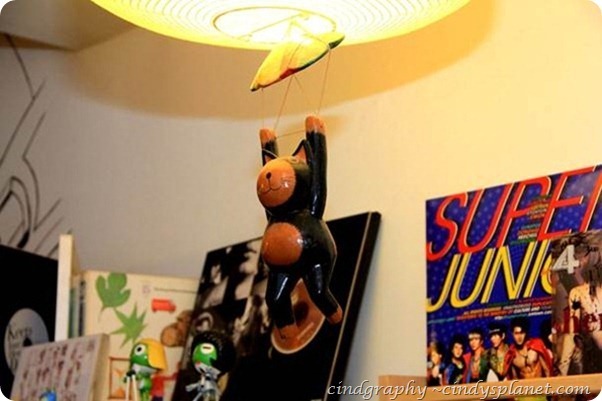 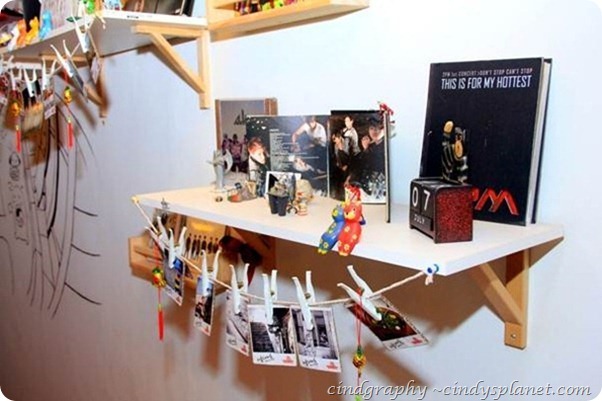 The artistic impression had certainly breath in life into the place which welcomes patron with some youthful vibrant element that is quite interesting. 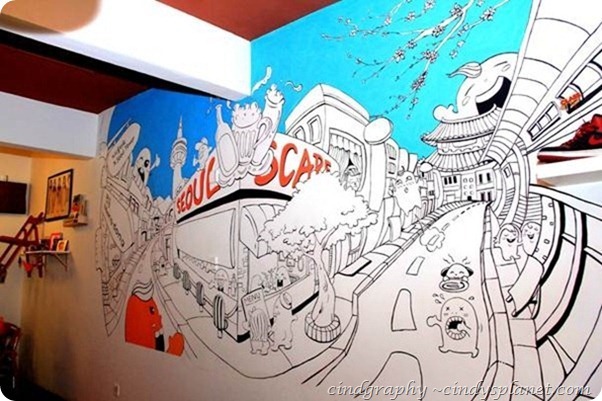 We were greeted by Carmen who is partnered along with Sub, the Korean chef on the set up of the place. Ideally is a modern bistro with a pleasant and comfortable environment for dining and just casual hang out. It was mentioned that in Korea, ddukbokki or tteokbokki can be found in many different places and served in many different ways. There are various restaurants that serve different kinds of ddukbokki which are called 떡뽂이 집 (“ddukbokki jip” which means House of Ddukbokki). The ddukbokki are served with different sauces and various choices of noodles (쫄면 Jjol myun or 라면 ramen for example) and some restaurants serve it hot pot style, on top of a portable gas stove and cooked right at the table which is the similar concept that they are bringing through Seoul Scape.

We started off with “Jeuksuk Ddeokbokki”. The pot comprises of the dukbokki (Korean Spicy Rice Cake), fish cake, sausages, seafood, vegetables. The broth is quite thick and bright hue of the colour suggests it’s spicy which it was that it didn’t appeal to me. According to Sub, this dish is usually supper for school students whose burning the midnight oil and also the fact that Sub was tad wary of daily meal with Bak Kut Teh, hence he created the recipe for it though it was mentioned that ingredients here in Malaysia is expensive and limited by stock. 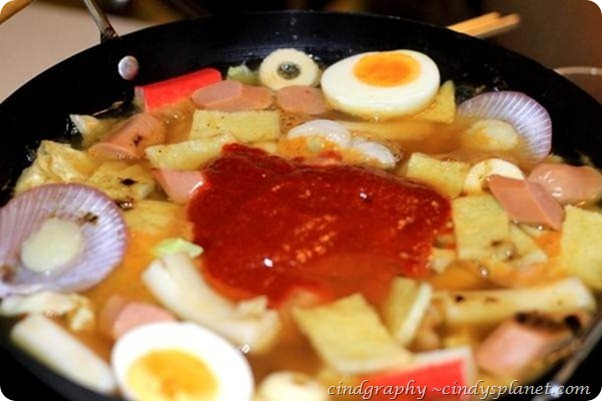 Next up we have the “Budae Jjigae” . Dubbed as Korean Army Base Stew, the dish had originated during the height of the Korean War, and was popular for a period of time afterwards as people had little to eat. Those people made this dish by combining leftovers of SPAM and hot dogs from the U.S. Army facilities with whatever else was available. All those leftovers were tossed into a traditional spicy soup flavored with gochujang (red chili paste) and kimchi which is then boiled to serve. The pot is comprises of hot dogs, ham, baked beans, onions, tteok, tofu, mushrooms and other vegetables. It was a bit too spicy to actually taste any of it. 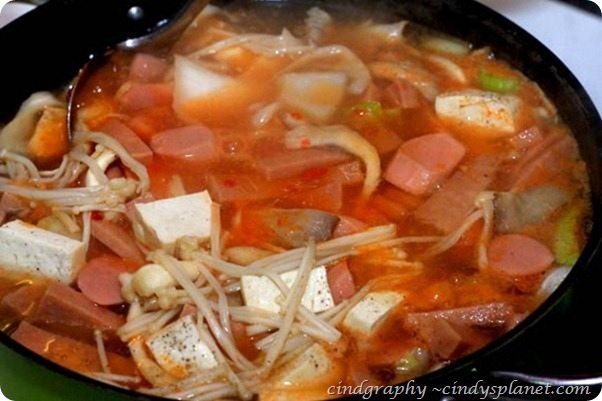 Following we have the “Jeyuk Bokkeum” . Jeyuk means pork, and bokkeum means stir-fry. The pork is thinly sliced and marinated in a homemade spicy chili pepper paste (gochujang) based sauce which comprises with lots of fresh garlic and ginger that is evident in the taste. The vegetable were rather bland which the spices had masked the overall taste. 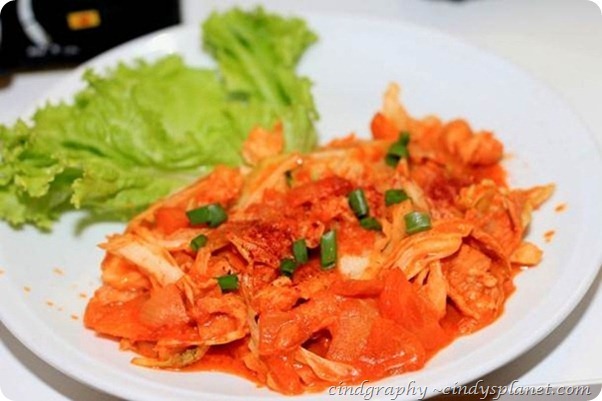 Next we have the “Korean Kalbi” . Kalbi refers to a variety of grilled dishes in Korean cuisine that are made with either beef or pork short ribs in a ganjang-based sauce that is cut in thin slices which is marinated in a ganjang based sauce (Korean soy sauce), garlic and sugar that permits the marinade to penetrate the meat faster and allows the meat to cook faster. We had the pork on serving and the taste is alright though the sweet and salty variance takes a while to set in. 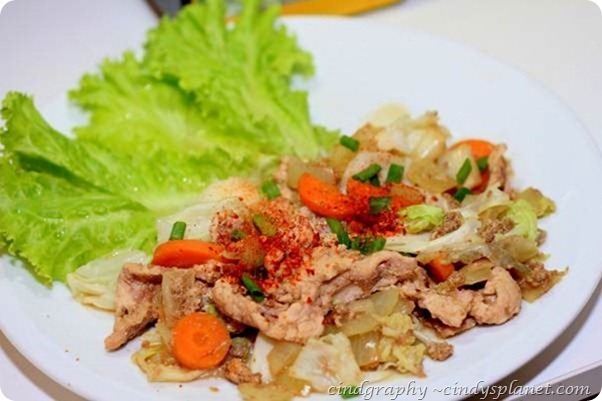 We have the “Kimchi Jjigae” which is a stew like Korean Dish, made with kimchi, mushroom, onions, pork shreds and vegetables. The dish is cooked with the fermented kimchi that creates the strong taste and said to contain high amounts of good bacteria which is found similarly in the yoghurt. The stew was rather bland as the kimchi were slightly young and unable to draw out the full flavour. 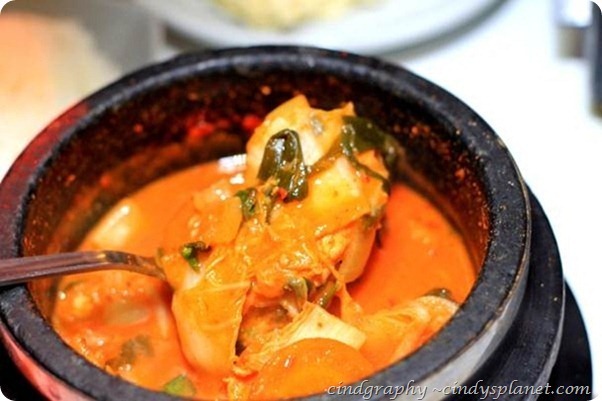 It was a great experience while learning many facts on Korean Cuisine though the spiciness were a turn off. Special thanks to Carmen and Sub for having us that day and experience some of Korean cuisine here, also Foodirector for inviting us to try the cuisine. 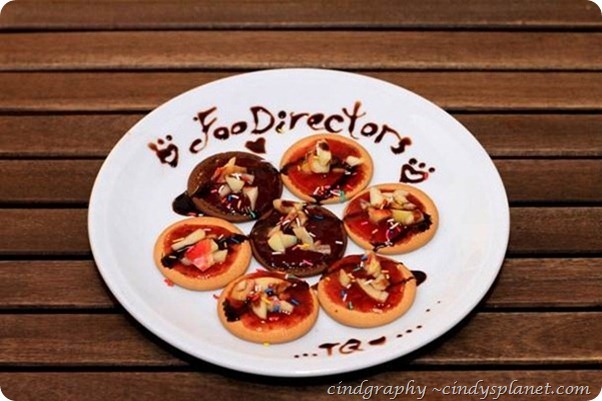 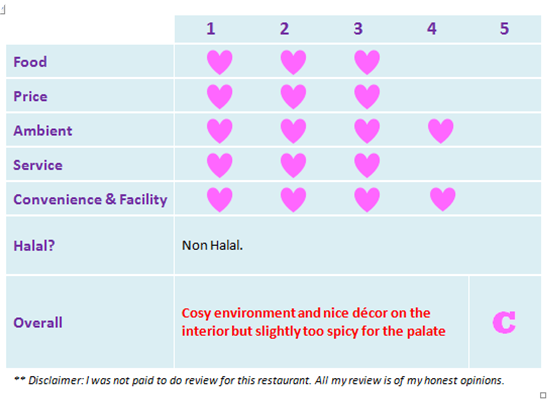 Including public holiday
Closed on Monday

Alternative Weddings: Should You Try Something Different?