Alt Sidebar
Random Article
Search
Another great weekend last few week with another burger adventure, we head on down to a prominent area in the heart of Subang Jaya, SS15 which is known to be central to hangout, given the colleges surrounding the area while F&B joints within the vicinity.
Last few week on Foodirector’s Hangout with Bloggers, we head over to ‘Big Chomp Burger’. Situated along the row with Pizza Hut, the colour theme of its signage would noticeable from the side. 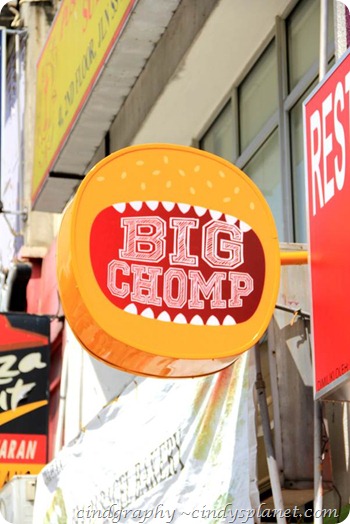 The Introduction
‘Big Chomp Burger’ is formed by 3 partners, namely Adrian whom had joined us and briefed us on the place, a Korean, and the Chef. The fundamental ideas were from Adrian and the chef partner to start up the place. The concept is to be different from others as their burgers contains neither lettuce nor tomato which makes one ponders on how the burger would turn out. Well visual would be evident though. 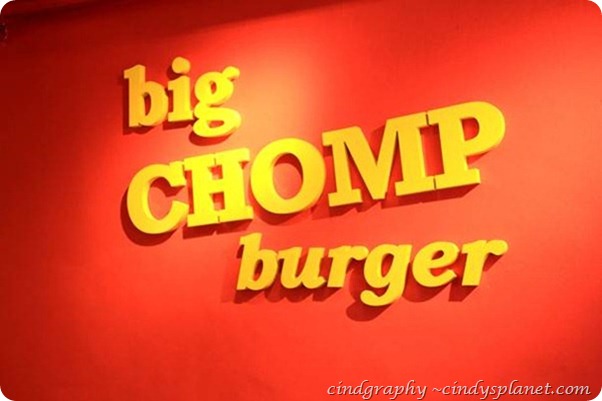 Adrian had further explained on their previous junctures which include fast food method but wasn’t appealing to crowd around. It was mentioned since last year October 2012, they were dabbling on the recipe which still on-going till they opened the shop officially. They had concocted some new menu that includes fish and it is said to be unique. We’ll have to wait for it till then. 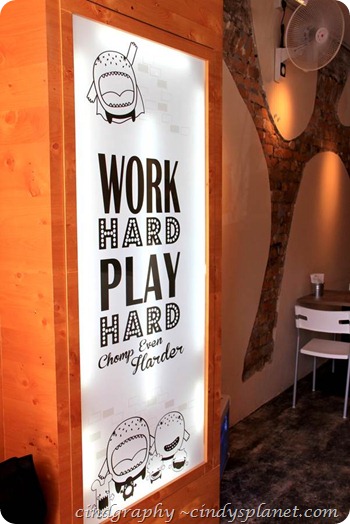 The Chomp Philosophy
We were also briefed on how the name was given which actually derived from bite and later changed to chomp as its sound much pleasing to majority. 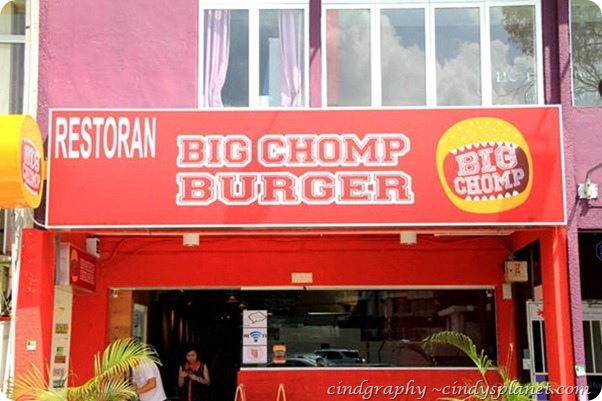 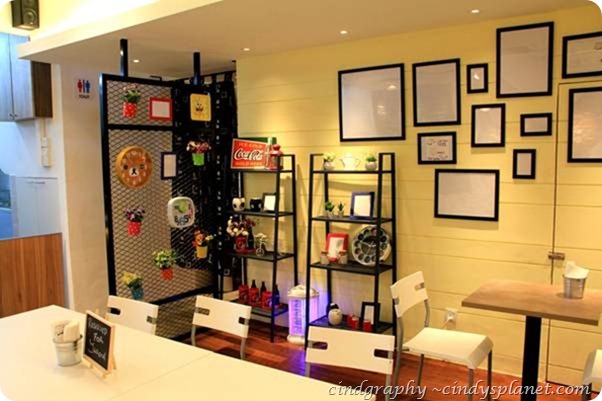 Enter the Burgers
We start with the “Eddgra” . Yes, the name itself is something off the books which pique interest all. The thick looking patty is a blend of juiciness seared in the texture. While its tasty but its slightly salty and the coleslaw as the vegetable substitution which is ingenious though slightly disappointed with the omelette which is similar to an fried egg, wrap around with some potato cube. 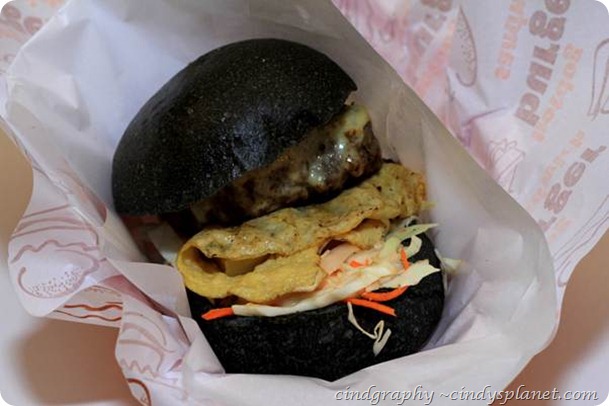 Following up, we have the “Flossy Chick” . The patty’s texture is soft which is infused with oregano herb seasoning and peppercorn to give it a slight spice while the grilling gave it an extra flare to it with the cheese covers over the patty. However the thick buns wasn’t part of the fancy description as it was hard, thus give the bite some time to reach the middle part. 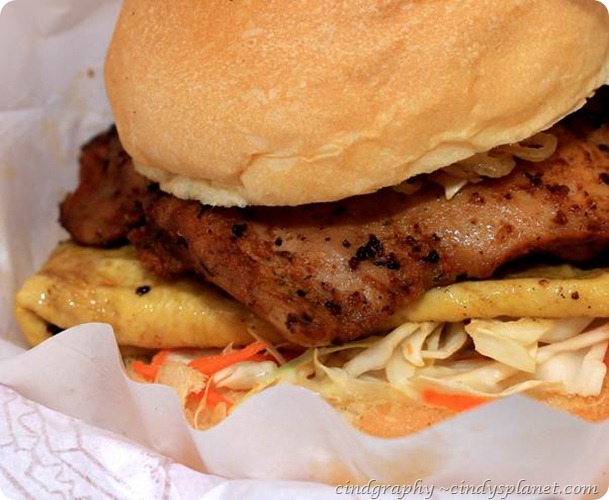 Serving next, would be the “Hawaii Style” . The patty is overwhelmed by the thick batter which masked the flavour of the chicken marination and it’s rather salty on some part (Which might be attributed to the uneven salt). The grilled pineapple taste didn’t go well with the rest of the ingredients, and to my taste bud as well. 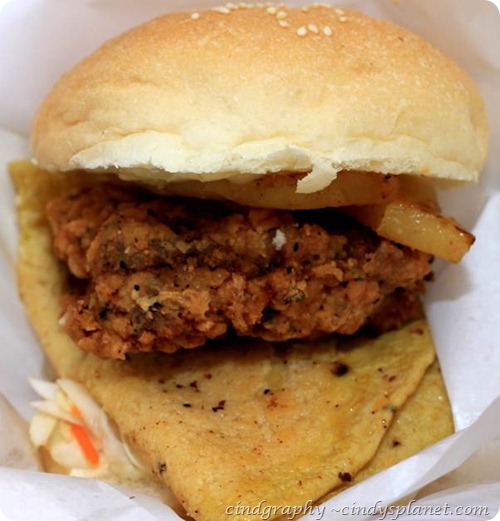 Chomping on the next burger is the “Chomp B+” . The initial bite would be quite a mouthful as the ingredients which comprised of the beef patty, hash brown, and bacon topped with cream cheese. The hash brown was over fried which contributed to its texture soaked with oil and didn’t blend well with the patty while the patty varies in sizes. It might and might not appeal to many, the combination could use some slight tweaking that would make it a great item on the menu. 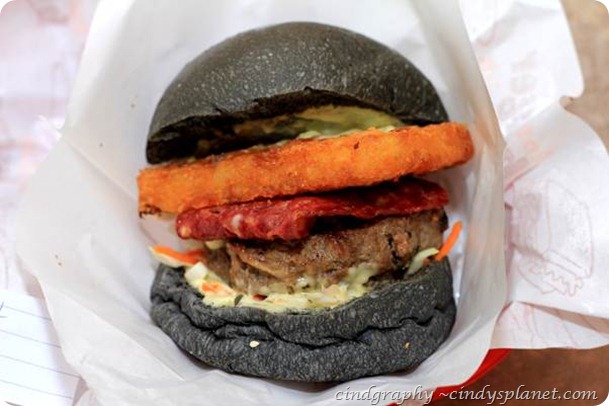 Next up we have the “Juicy Lucy” or “Jucy Lucy” in the America. Juicy Lucy‘s patty contains all the cheese inside the meat patty rather than garnish on top. It is said that a piece of cheese is placed onto the raw meat and cooked until it melts which resulting in a molten core of cheese within the patty that would gush out at the first bite however, it was dried for this case. The patty flavour is quite bland and the coleslaw serving wasn’t adequate to balance the taste. 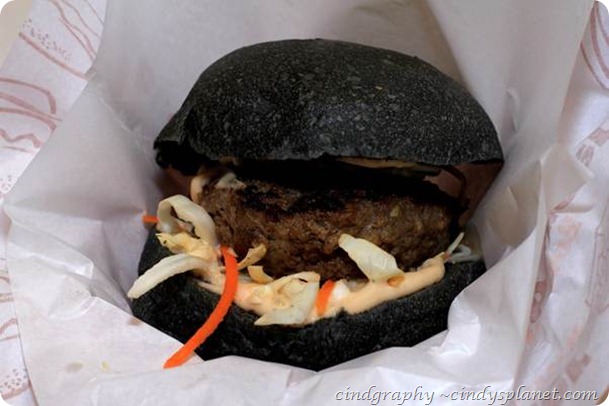 Following we have the “Pedo Chomp” . The ingredient shares much similarity with the “Eddgra” but with the exclusion of the patty which is replaced with grilled chicken patty. The patty texture is tad hard and slight loss of moisture as it was quite dry though the salad coleslaw dressing did help in minimal. 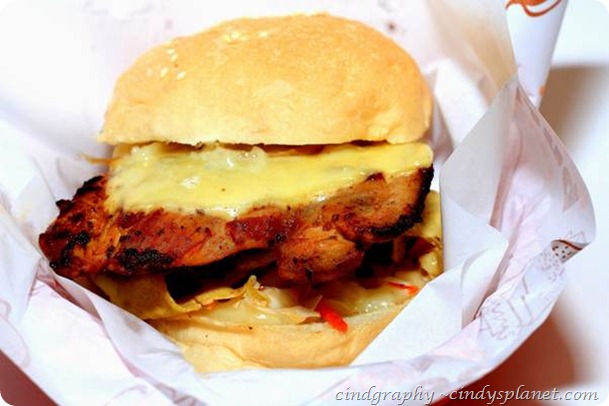 Next up, we have the “Spice It Up” . The burger is comprised of salami, pepperoni and the beef patty. The spice derives from the pepperoni spice which coupled with a dash of spiced mayonnaise on top to give it the spice. The uniformed taste from the combinations makes it a bite of delight though it leans slightly towards messy. 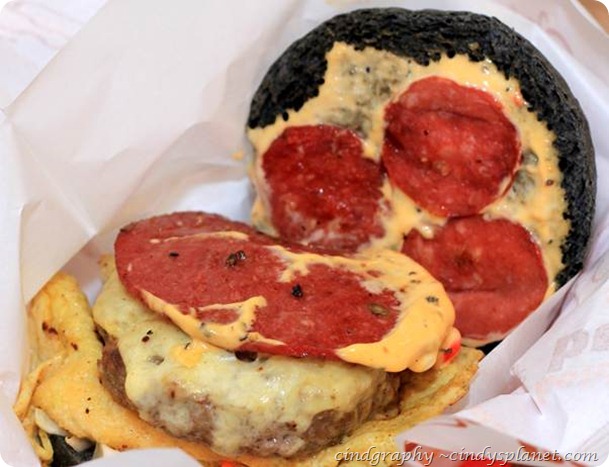 Serving next up is the “Flaming O” which is a similar variant to “Spice it Up” but slight difference in the ingredients. It comprises of the pepperoni, salami and deep fried chicken patty which is then topped with spicy mayo dressing. The texture of the patty is surprisingly soft, given it’s deep fried though there is inconsistency on the size of the patty (The patty we had, was rather small while subsequent serving was slightly larger.) and it was rather greasy (Prolly due to the deep frying and the batter had retained the oily composite). 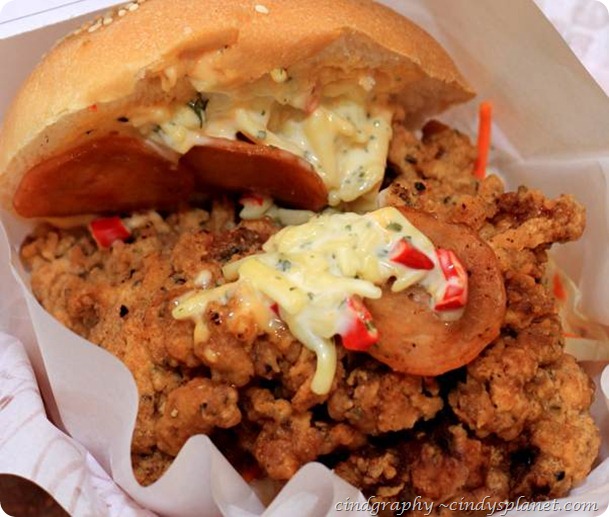 Next burger served is “The Beast” . The patty is laced with cheese, topped with pickles, mustard and caramelized onions. The patty is moist with most of its natural juice retained and with the toppings, dressing; one can’t help think that it’s almost to a regular cheeseburger but with a difference in ingredient. 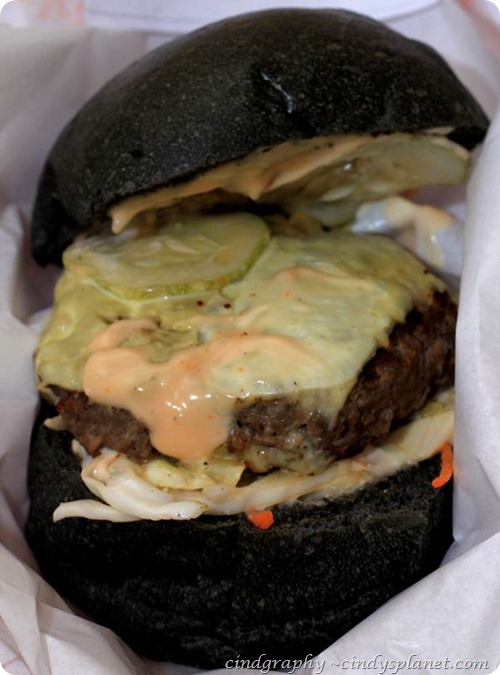 
After having so much meat, we head down a notch to go vegan by having their “Spicy Bella” . The “Bella” is comprised of the grilled pineapple and Portobello which is then topped with cheese and the mayo tomato. The Portobello were tad dry which might be attributed to the grilling and the cut were a bit too thin while the pineapple wasn’t as expected (Prior from the “Hawaii Style). The bun cutting wasn’t consistent which prompt the differential on the upper and bottom. 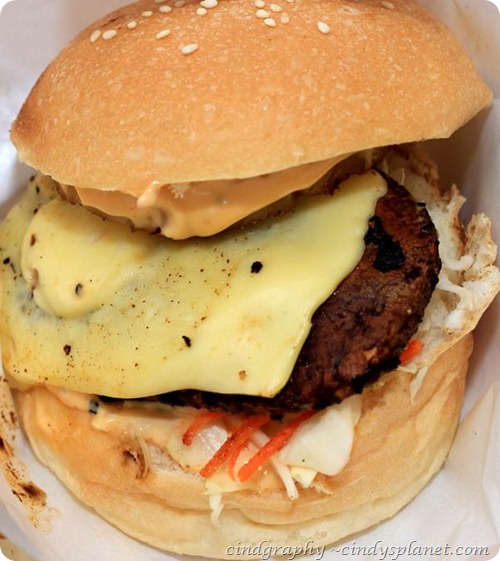 The ingenuity for the burger concept is great however there is definitely room for improvement on several aspect before it could tap into the vast market of the growing burger joints which there is a few prominent names in SS15 itself. We concluded the session with feedbacks on the overall. 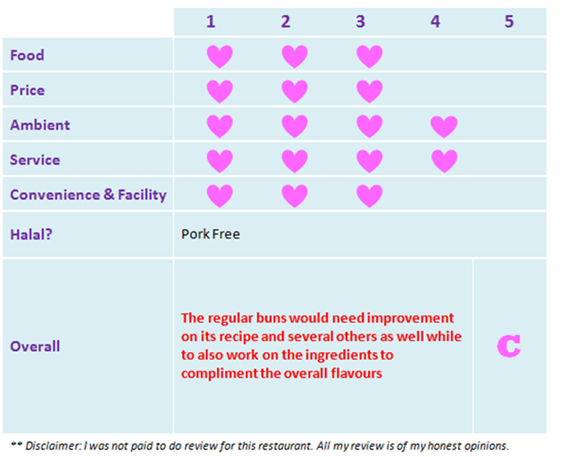