“There comes a time, when good man must wear mask”

Taken from the excerpt of the trailer which promises to be adventure fuelled action with Johnny Depp on the main cast list, the movie had definitely look promising. Directed by Gore Verbinski whom works brought titles like (Pirates of The Carribean 1-3 & Rango) which is produced by Jerry Bruckheimer and Walt Disney Pictures, The Lone Ranger is based on the radio series and the film marks the first theatrical film featurette of the character in the last 32 years .

Thanks to Nuffnang, we are in treat to catch the premiere screening and won some goodie too. 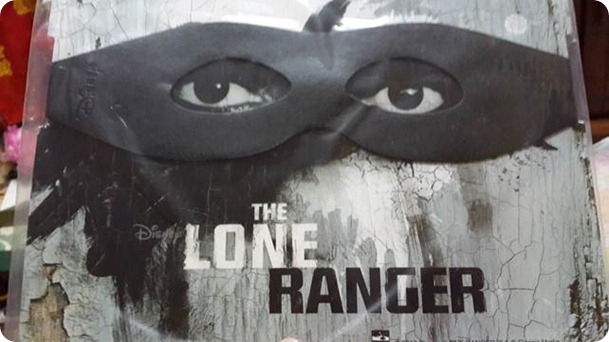 The Mask of Justice

The movie is told through a series flashback and recollection on sequence of events that transpired which relive the tale of one they called “The Lone Ranger”. In 1933, the golden gate of San Francisco is on-going (Corresponding its inception of construction on 5 January 1933), a country fair is on-going in town, a young boy named Will, dressed in a masked costume that loosely resembles the iconic ‘Lone Ranger’ is seen walking around till chance upon the Wild West exhibition. Will just waltz by some display depicting the early days during the Wild West and stumble a seemingly ordinary mannequin that suddenly came to life which gave young Will a scare. It is later revealed to be Tonto, an aged elderly Comanche spirit warrior, whom proceeds to recollect his experiences with lawyer John Reid after seeing the lad’s costume. 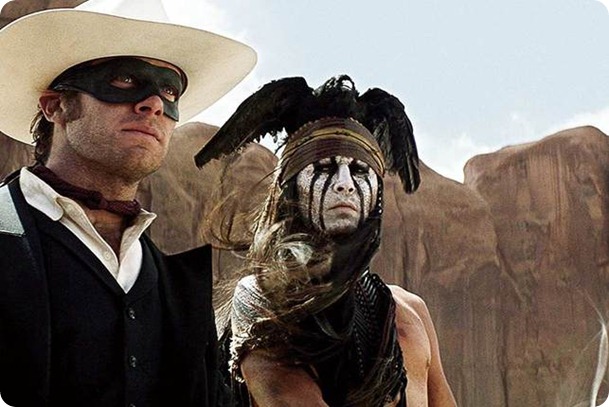 Shifting to 1869, a seemingly well dressed and groomed man but a sort of bumbling personality indulging in a moment with picture is returning home aboard a railway which is managed by railroad tycoon Latham Cole while en route to Colby, Texas. At the back of the train carriage is carrying a Comanche Indian whom later is revealed as Tonto and the brute outlaw Butch Cavendish, who is being transported for his hanging after being apprehended by a Texas Ranger, Dan Reid. Cavendish’s gang of rag tag misfit hijacks the train, which shortly derails soon after a series of events that resulting in Butch escaping and Tonto’s arrest by the bumbling lawyer, John Reid and his brother, Dan Reid. 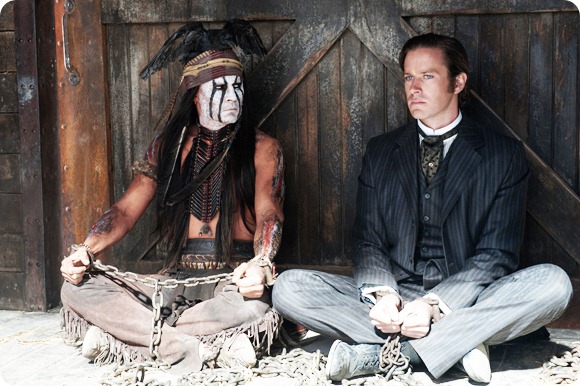 It’s rather too bright.

The elder Reid recruits John as a Texas Ranger and gave him the same badge that their father had worn before him which then sets off to track down the Cavendish gang alongside a group of five other Rangers. A few days into their expedition, the group had fallen prey in a canyon ambush led by Cavendish’s men who kills the Rangers, including Dan, which proceeds to have his heart cut out by Butch himself and eaten raw on sight (Oh ya, it’s as gory as it gets). John had taken a shot himself during the ambush attack but didn’t succumb to his injury and passed out. 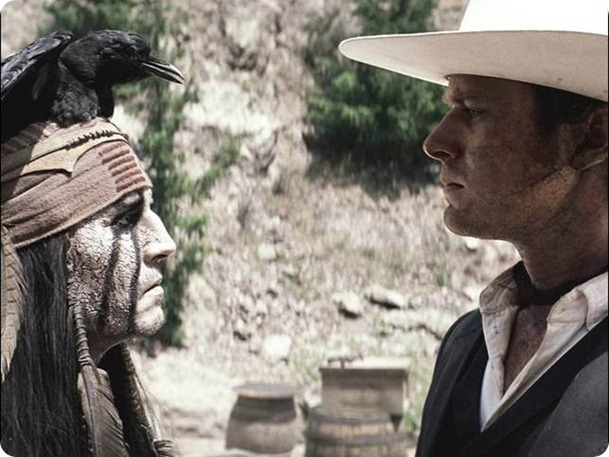 Oh Kemosabe, you have much to learn.

Subsequently as time passes and sands blankets the dead rangers, Tonto had somehow found canyon and realises that John is still alive as the ol’ Indian has it that a white horse from the legend foretold the appearance of the horse marks the soul being brought back from the afterlife which Tonto disagree in bringing John back as for his bumbling, nimp witted personality. After a series of flashback during the ordeal, John awakens of which he is informed by Tonto that he is a spirit walker whom can’t be killed in battles. 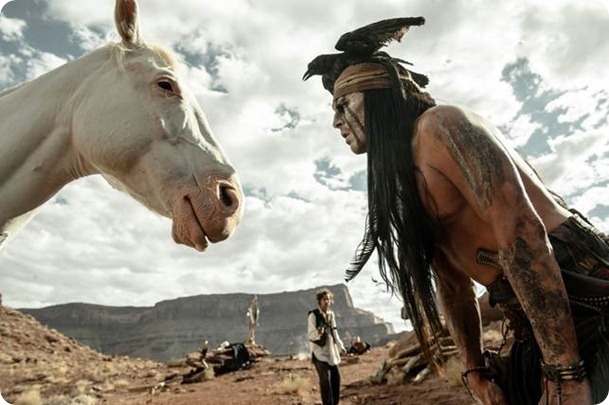 Tonto also states that one of the Rangers had betrayed Dan and is, in fact, working alongside Butch. After finding anew in his conviction to justice, John and Tonto sets out to journey of discovering the startling truth behind the sequence of events which will lead to a conspiracy, fill with perils and dangers for both of them and painful past that sets things in motion. 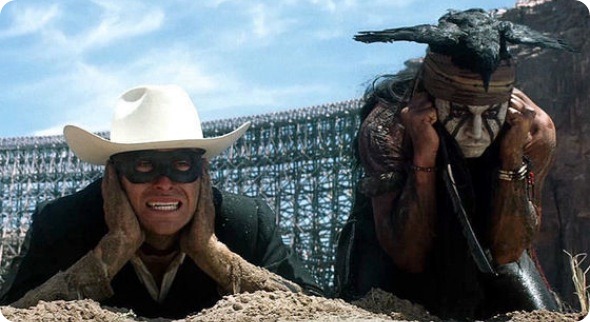 In all out honesty, I was hoping this film would revamp the Western genre however it was greatly toned down. It was a great idea to make Tonto (Johnny Depp) top billed as Armie Hammer would have difficulty holding this film altogether by his own. Surprisingly the Lone Ranger doesn’t have any prominent quality as to compare towards Tonto but differ under certain level of provocation. The irony is that there were too many cheap laughs with a lot of dumb slapstick humour which initially it was but the remaining 2 1/2 hours later, the laughs is scrammed out of gas.

Ideally the movie had been extremely prolonged (For whatever viewing experience that beyond us) and could definitely cut short by half to a fraction of the hour. There are various elements going for this film though, the productions/environments might pique certain interesting views and the effort shown whenever there is any action sequence, these scenes are quite a spectacular watch. The detailed environments bring the Wild West alive in this movie but as for the story, it actually goes underway which ends up settling it down rather than bringing it to life.

There are numerous stories going on all at once that it doesn’t really allow you to be immersed and effectively involved each story. There are also several plot holes which they should really consider during the post-production prior release. The film bears similarity with the film, Green Hornet but difference in period of time. Generally have certain expectations for a Gore Verbinski film as he did brought us POTC, though it was expected to have more creativity and it took itself too seriously at times however the collaboration between Verbinski and Depp are still a great chemistry pair and does the film a deserving justice (no pun intended).

Understanding The Risks That Come With A Career At Sea

Some Moments In Life Are Too Important Not To Be Perfect!