Happy TGIF!! Weekend is here soon! Loving this week as there is holiday mid of the week! Give me some time to rest!! Ok it’s time for some food post from my darling, Thomas that he enjoyed while I’m away for work!!!

Special thanks to Foodirector and Frontera, Sol of Mexico for the invitation to experience Mexico gastronomy at its finest.

Situated right here in the heart of P.J, Frontera serves authentic Mexican and Tex-Mex cuisine that would entice food lovers out there. 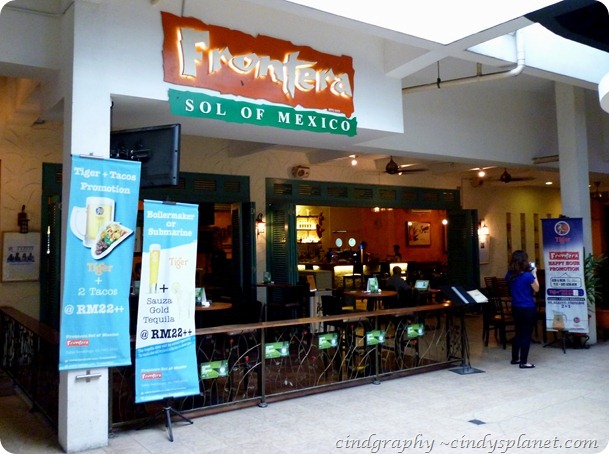 From the entrance, you would get the gist of its fundamental concept which to incorporate Mexican fixtures, right up to its tantalizing menu which we would get to it shortly. We were greeted by the restaurateur, Mr Ramesh who had concocted a special degustation menu which comprises of their best sellers and some latest addition into the menu. Degustation is a culinary term which the menu is carefully planned for appreciative tasting on various foods and focusing on gustatory system towards the inert senses. 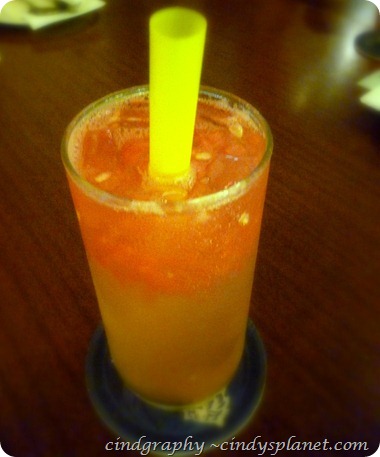 We are served with a special drink concoction from degustation menu which is called Watermelon Agua Fresca. It’s a blend of watermelon which cut into small cubicles and lime juice that gives the sweet with a hint sourness to prepare the taste bud. Great drink to quench the thirst as well.

Next up – The Starters

The fresh Sombrero shaped Tortilla is served with their freshly made Guacamole dipping. Taking a dip into it and eating it, would draw out the flavour infused with variant ingredients that drive the taste bud wanting more. The dipping is comprises of several ingredients which we were only able to list a few that is onions, tomatoes, and guacamole. 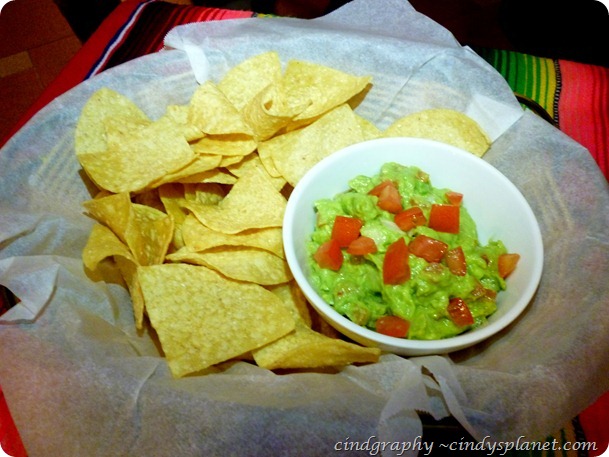 The following entrée was the Jalapeno Crab Cake which is served with Roasted Jalapeno Remoulade. Many would be wondering whether this is crab cake as there is no red meat or something that would reflect its namesake but rest assured that within its brown posterior, lays the crab filling which promises to be a taste filled bite. The jalapeno blends well with the crab meat that is surprisingly fresh which could only be compliment by the Remoulade dipping that gives the slight tingly taste due to the roasted jalapeno. Layman term is that Thousand Island sauce mixed with the Jalapeno. 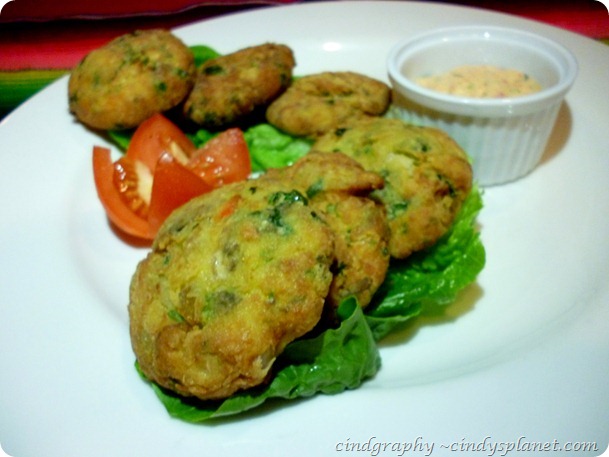 Following would be the “Jicama Salad” which is combination of variant vegetables and lime juice. It comprises of sangkuang, capsicum, avocado, slices of orange and mint leaf. One would immediate taste the sourness derived from the lime juice which would later neutralize with avocado and balanced out with the orange slice. From what we told that besides the lime juice, there is a dash of black paprika and cayenne pepper for added spice. Perhaps the rich flavour and the overall ingredient had masked the said spices. 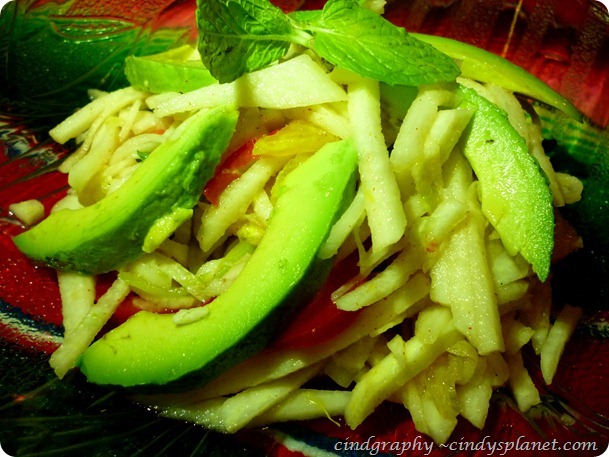 Next up we had the Chicken Enchiladas which have unique taste and flavour due to the variant spices in the enchiladas filling. Wrapped in the corn tortilla, the chicken is seasoned chilli pepper sauce and the wrap is topped with cheese which dust with some pepper spice on top. Serving together on the sides is the fried beans and saffron fried rice. The result is mouthful of delight from the enchiladas and the mixed with beans the rice. Truly unique taste. 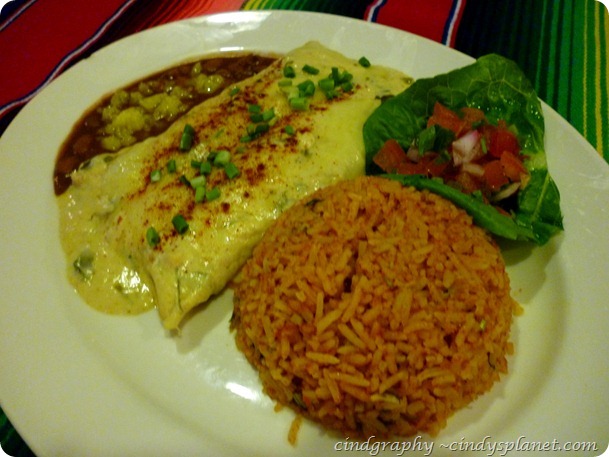 Serving right up is the Baja Style Fish Tacos. It is serving in corn tortilla wrap along with the various vegetable that comprised of onions, tomato, and cucumber which is mixed with paprika pepper and some other spices. The fish is seasoned with the corn batter inside of beer batter which is then dip fried. The fish was slight salty as they might’ve added a tad too much salt. It also comes with a special dipping sauce which gives a slight pungent taste that is similar to mustard and lesser from wasabi. 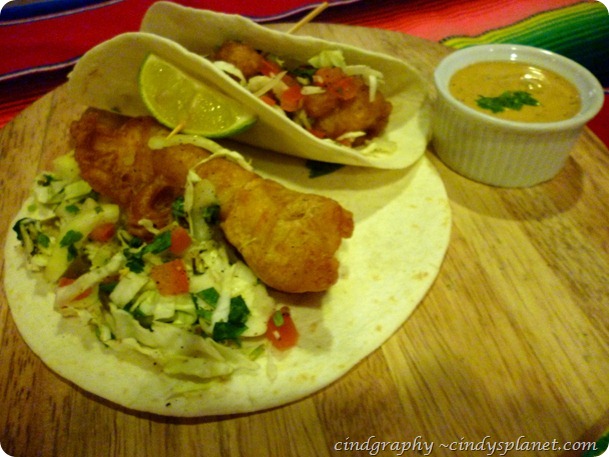 Next up we have their “Prawn Chimichanga”. Chimichanga is a deep fried burrito which is part of Tex-Mex cuisine. The dish is typically prepared by filling the flour tortilla with wide range and various ingredients which then deep dried and serve with salsa, guacamole, cheese and sour cream. Upon chomping down the layer of tortilla protecting the prawn, the flavour is drawn from the infused spices with the prawn which is tangy but slightly salty as it might be marinated to maintain the prawn texture from going soggy. The tortilla wrap was perfect to balance the taste and with the cheese sauce topping, it was a mouthful indifferent flavours. The saffron rice is the same as the one with the “Enchiladas” 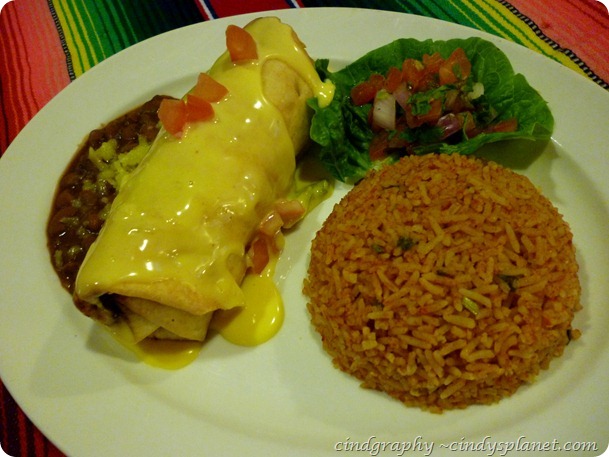 It would be sinfully to ingest something which the tummy would have room but temptation runs high when feasting the eyes on the flan. Named “Impossible” would probably be an understatement as there is always room for dessert or so to speak. The Chocolate Fan looks as majestic as the condensed milk flow from the top of it. The soft texture of the flan engulfs the taste bud but came the sudden strike of guilt as the sweetness from the condensed milk was slightly too sweet and the chocolate sponge was a bit moist. Nevertheless it was a good closure for the tummy as it taken a whole of pounding with all those food down the chute. 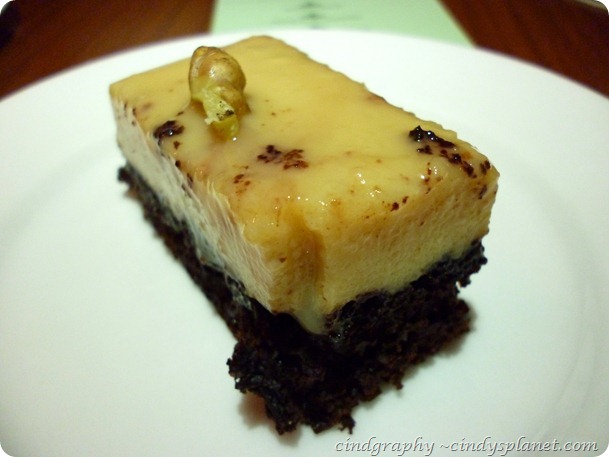 We conclude our degustation experience with a group picture and whole load of food to be processed.

Till the next hangout. Cheers.