Fresh from our recent gastronomy experience (Check it out here), we are in the hunt for another great Tex-Mex cuisine to which we chanced upon this restaurant called “Fresca Mexican Kitchen & Bar”, thanks to Nuffnang’s Foodies. Fresca was born when two adventure-seeking sisters fell in love with Mexican food and the country’s passion for La Vida. Fresca specializes in “botanas” or small plates, easy for sharing amongst friends and family. 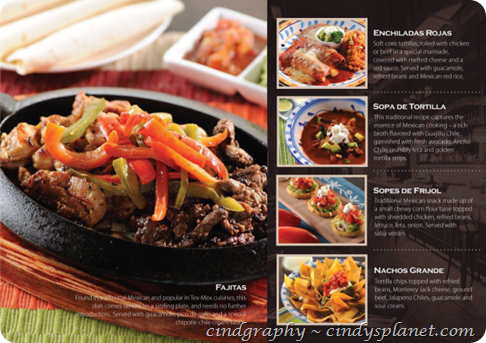 As its name implied, there is two division which runs concurrently along with the place. For the foodies, the kitchen offers the Tex-Mex cuisines which serve the delights such as fajitas, quesadillas and burritos along with of the more traditional Mexican delicatessen such as ceviche, a variety of “sopes” (corn flour pastry with a variety of toppings) and carne asada. Tex-Mex cuisines emphasize the quality of food which only the freshest ingredients are used. The authentic flavours are enhanced by the use of imported Mexican chilis such as ancho, pasilla, poblanos and jalapenos. 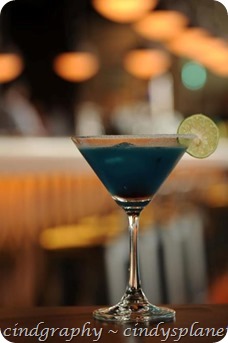 For those whose enjoys drinks, Fresca’s bar is said to serve one of the best margaritas in town which can be enjoyed in two ways, frozen or on the rocks. The bartenders had concocted some classy cocktails which is said to be enticing, with its very own Fresca Colada and Cinco de Mayo, a drink named after a famous holiday in Mexico which is coincidentally the day that Fresca officially opened its doors. They also serve’s some classic non-alcoholic Mexican drinks, commonly known as “agua frescas”, which include horchata, hibiscus and tamarind. 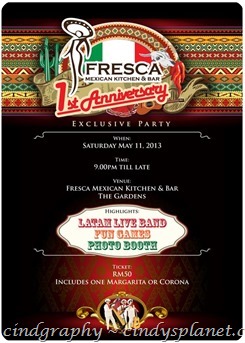 For the whole month of May, Fresca will be decorated to give diners a Mexican fiesta feel, with Mexican traditional items such as serapes, sombreros, paper marche balls and flags. From the moment it opened its doors a year ago, Fresca has been a hit with the locals, the Latin Americans and wider expatriate community in Kuala Lumpur who have been craving authentic Mexican fare. Fresca will also be offering great deals on drinks on 11 May as part of its 1st year celebration. So slip into those party suits and head on out this Saturday to join in on the fiesta party. ¡Vamonos de Paranda!

Winter Blues: The Best Pick Me Ups For Your Skin