So sorry for not blogging much lately!! I am really tired and yesterday while driving home I keep falling asleep even though I slap myself a few times! Did it happen to you before?? Ok cut the crap, let’s move on to Together Vegetarian Restaurant food review attended by Thomas on behalf of me. I was locked in Singapore for training….Sob Sob.. So now let me have a rest and I will leave it to Thomas to make you hungry with his review!!!

p/s I’ll be back with more post once I have fully recovered! Meantime do enjoy Thomas’s write up!

A brisk from the busy road and situated along the row of shop lots, many would assume that this place is just another rather ordinary restaurant due to its humble setting which one would wonder why the simplicity as the reason is pretty simple, being together. Many would appreciate the calm environment for a decent dinner moment. However the unique element that makes this restaurant lays in its dishes and ingredients. 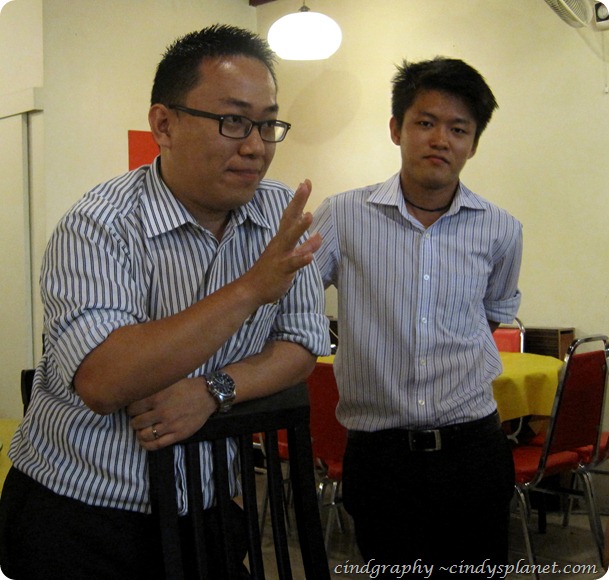 We began the night with some icebreaker games which is said to be as challenging as reorganizing your brain. Nah, kidding. It is guessing the food fed during blind folded (Yes, participant is blind folded and fed. The ultimate fear factor..). Participant is selected via drawing the number which is designated during the registration and the lucky few is.. 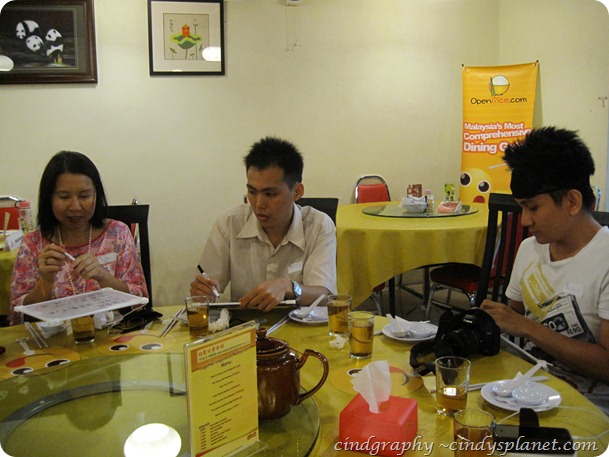 Given the uniqueness of the item during the game, our participant were able to guess a partial of the food fed. Dubbed as Crispy Cuttle Fish, the method of making this dish is relatively simple (Or so we were told). The outer layer is fried while retaining the soft content within the battered cuttle fish (vegetarian). According to the restaurateur, Ms. Susan, the dish is the brainchild of the chef, Master Liang which has been in the industry for well over 20 years and that makes him a veteran in the culinary field. 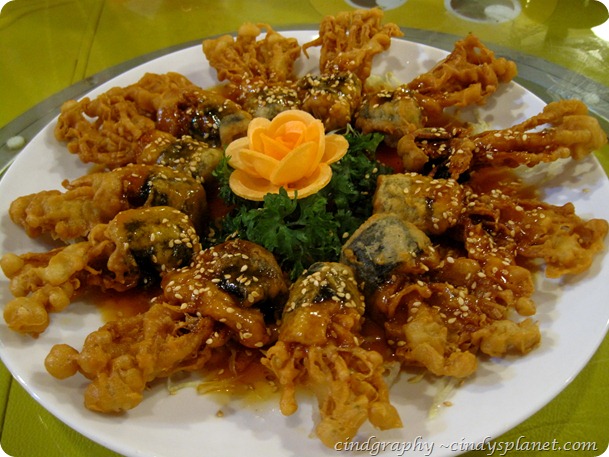 The dining begins with the entrée of the soup, Shark Fin Soup with crab meat. Initial glance would probably deceive many, however its strong aroma of the Chinese herbs will bring the senses back. The key ingredient would be its mushroom and the fin alike substitute which makes as real as it gets. In the likeness towards the real thing, the strong Chinese herbs had masked all taste which makes a thick concentrated soup with many ingredients, rather than the intended shark fin soup. 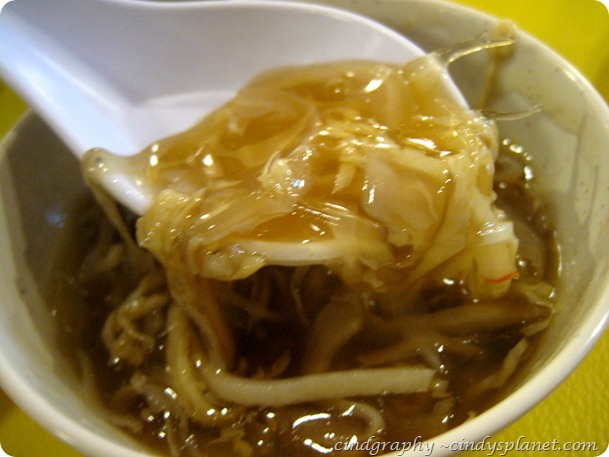 While the soup had kept the tummy warm and kicking up the appetite, we were drawn to a platter of golden bars which pique much interest towards it. Claiming the simple, Fried Beancurd with fresh mushroom, the dish wasn’t simple as the fried beancurd is combination of mixed soy beans and egg, battered together which then steamed to give it solid mass. The steamed beancurd is then tossed into the frying pan, right after dousing It with flour. With the effort, comes the result of crispy outer crust and soft in the inside which is just perfect. The vegetable and mushroom with the thick sauce is then placed on top of the fried beancurd. 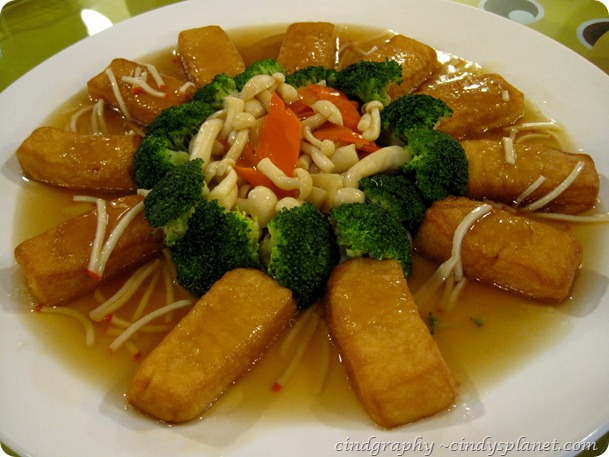 While the dishes are mushrooming, we are served with another dish named Butter Abalone Mushroom. The restaurant had actually practice not using vegetarian byproduct which usually comprised of many preservatives, flour and chemical binders with additives to enhance the flavours. Hence most of its ingredients is gotten fresh and mainly would be its mushroom. On the first bite on the butter mushroom, gives soft but yet crispy texture along with its butter aroma that entices the mouth for more. The curry leaves is fried along to give a little spice which makes the taste unique as it closely resembles butter salted egg battered. It would definitely make a great finger food for those nights of late night snacking. 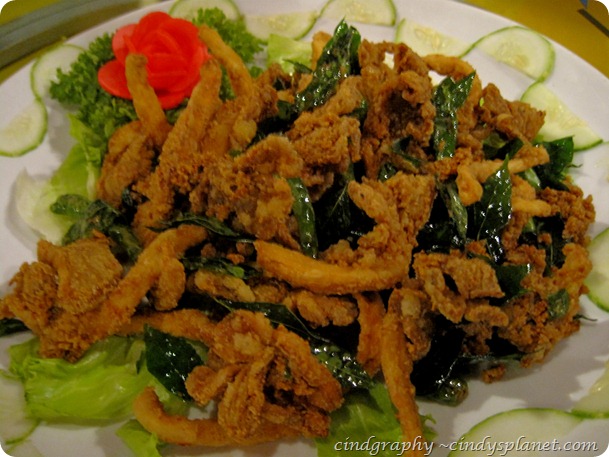 With that much of chomping down, it was time to bring down a notch. Coming in hot and in red is the Red Enzyme with Mushroom and yes, enzyme. This molten hot pot is filled with ingredients to keep the body warm as the ginger infused red enzyme gives it a slight pungent taste which is similar to the drunken rice wine chicken. Every sip tempts another sip but brought to a halt on the strong ginger after taste. It comes with variants ingredients that comprise of abalone mushroom, the soy fuchuk makes up for the chicken and it would definite give a mouth full. 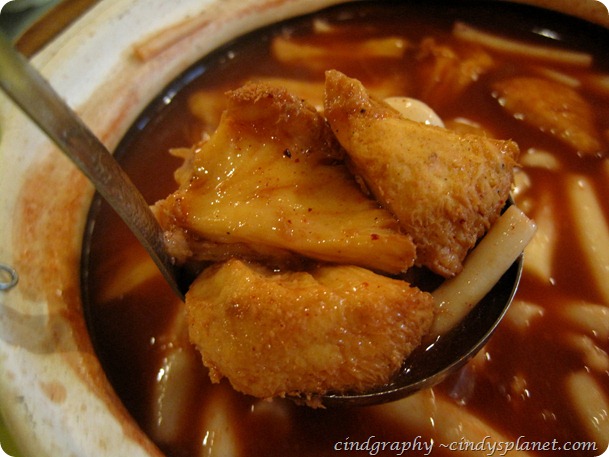 Serving next up is the Curry Mutton and the curry aroma is just fantastic. They cooked the curry along with all the key ingredients that makes a curry. Lemongrass, curry leafs, and spices which makes up the taste similar to the curry mutton with the exception of the mutton. The fuchuk is used to substitute the mutton. The dish is also served with bread that is usually served along with crabs. The spicyness was just right and acceptable. 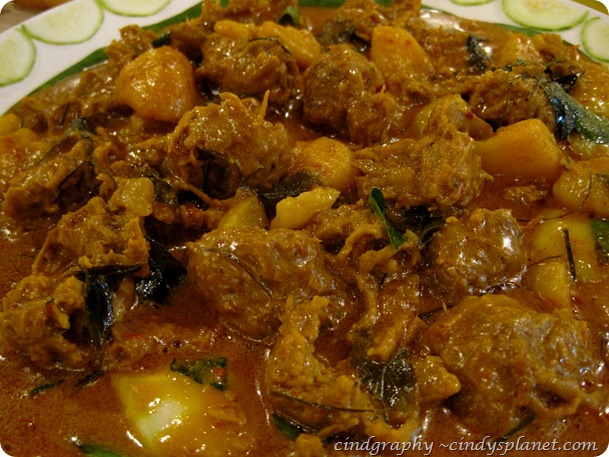 The bread was surprisingly soft while its outer crust is slight hard. Its tasteful that you can actually eat it plain. 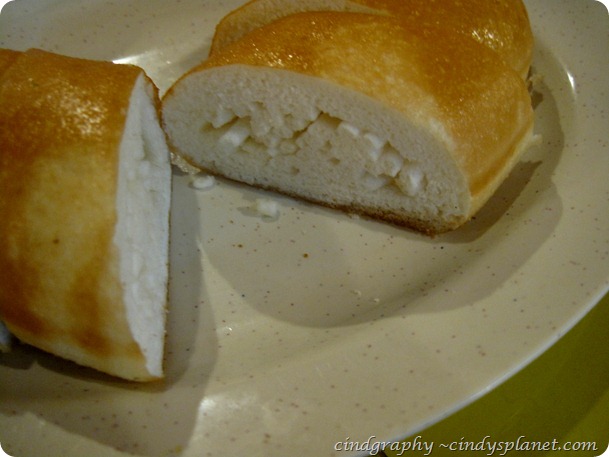 Well we weren’t off the hook with spicy dishes as came next was the Assam Fish. The generous amount of assam had gave its namesake justice as the taste is sourish with a slight hint of sweetness. The fish is soy based. 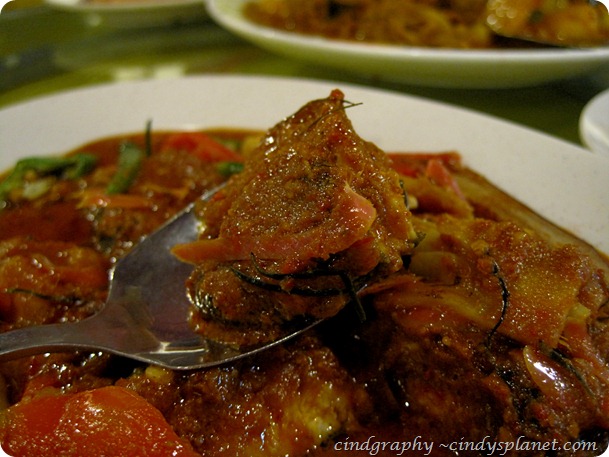 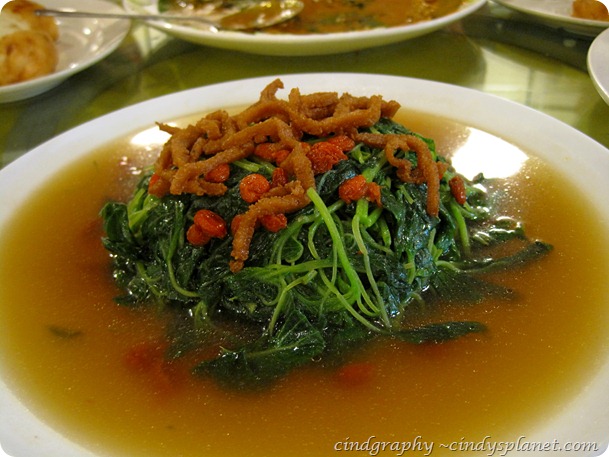 With that, we had concluded the dining experience. Special thanks to OpenRice and Together Restaurant for the dining experience. It is recommended as they have wide selection of dishes and also does catering for functions including wedding dinners. Their ingenious method and ingredients usage that distant them apart of some places that uses much of the vegetarian byproduct. Till the next dine out.

Samsung S4 is finally in Malaysia

3 Reasons to Head to Africa for Your Gap Year