On 17th Feb 2013, Petaling Street was rocked by the powerful echo of the beating drums, and a whole line up of events which many onlookers would sure be intrigued by it. Billed as Malaysia’s largest street, Drumming up the Nation is organized by EO (Entrepreneurs’ Organization Malaysia) and supported by the Tourism Ministry. 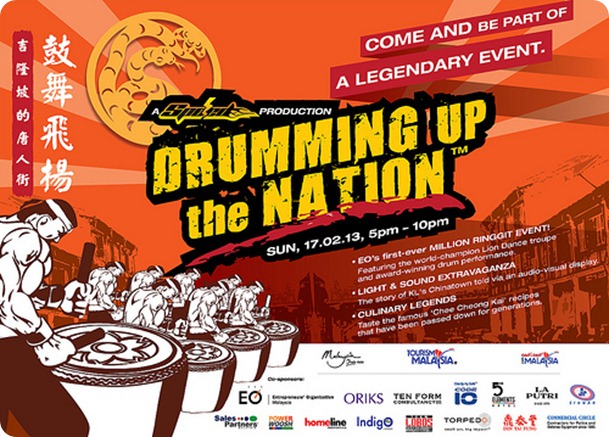 It promises to be a culturally significant and exciting occasion and will leave an indelible impression upon tourists and locals besides propelling KL’s Chinatown on the global tourist map. Thanks to invites by Nuffnang, me and Thomas get to seated comfortably to watch various great performance. 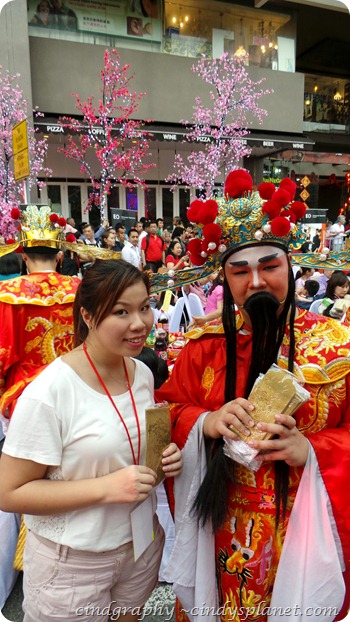 Greeted by “Choy San Yeh” on that day!!! 2013 will be a prosperous year for ME!!!! The event kicks off with the performance by the Royal Malay Regime band that serenades the crowd with a number of tunes before the following performance. 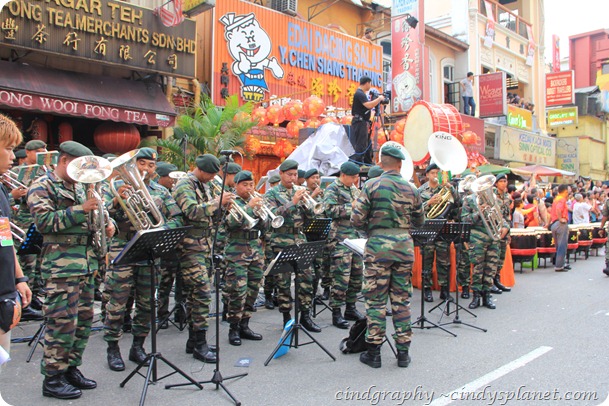 This lion dance would be a special performance as it’s performed by the World’s No.1 Lion Dance Champion Association and the performance of the acrobatic feat was nothing short of awesome. From the lion’s graceful movement manoeuvring through the erected poles while maintaining the lively essence that makes the lion look surreal. 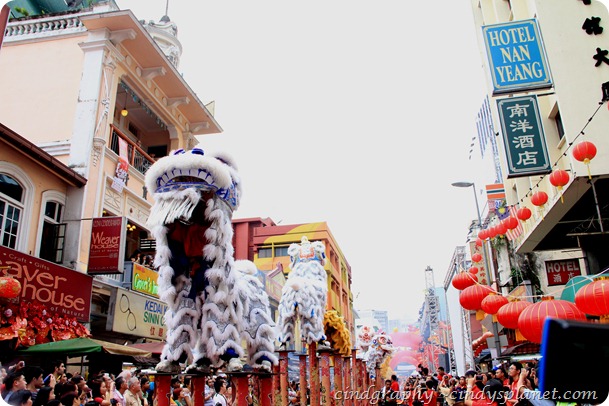 How the heck they can jump and fly on those poles??? 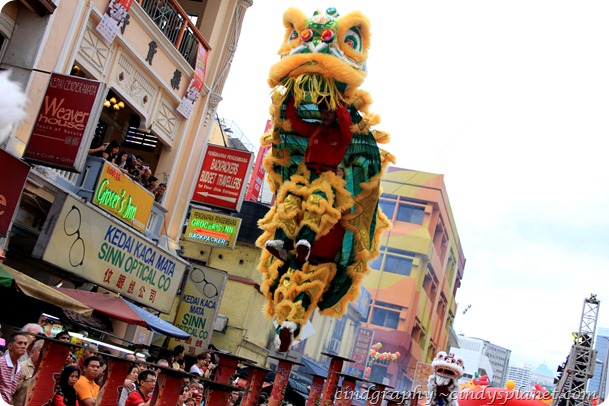 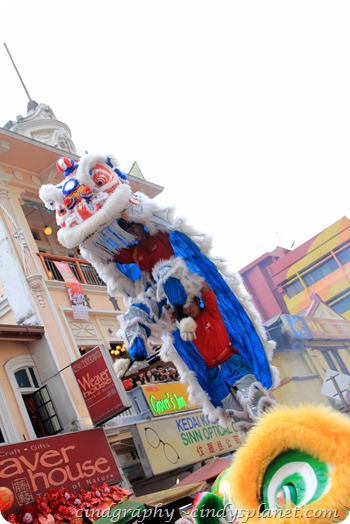 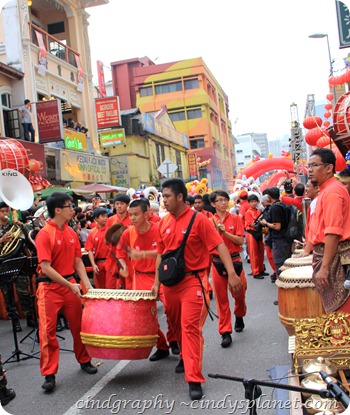 Another highlight of the programme would be the abseiling performances by the Malaysian Armed Forces which left many in awe as it may look easy however the fact is that it requires much discipline and years of training before attempting such. 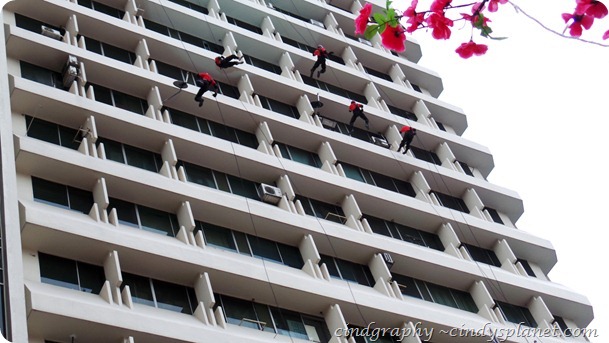 Abseiling Completes in a minute!

Before dinner was served, we begin with “Lou Sang”, a well known culture for Chinese. It simply means toss for prosperous year ahead!! A must during Chinese New Year! 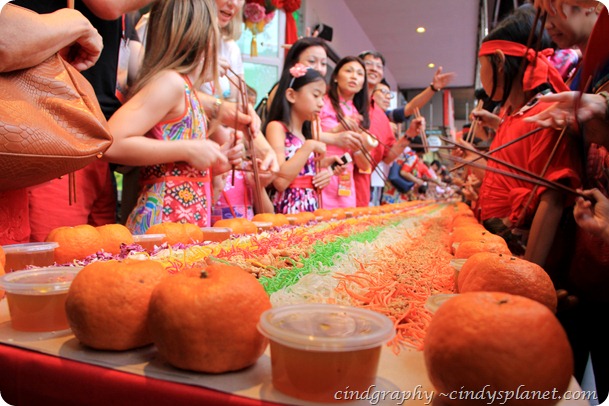 Soon later the dinner is served though it was mentioned that the dinner will showcase Petaling Street hawker food fare. No complaints here but it would be great to have gist of the hawker food as we were in Chinatown.

During the dinner, we treated with the Theatrical & Lights Production which showcases the rich history of Chinatown. Subsequently the Minister of Tourism, Dato’ Seri Dr. Ng Yen Yen had given a speech and said that Drumming Up The Nation will benefit local businesses as well as provide a unique opportunity to showcase the rich and colourful heritage of KL’s Chinatown apart from strengthening the spirit of unity amongst all Malaysians. Later on, the live stage performances by Tourism Malaysia’s troupe who perform the latest theme for their “Visit Malaysia 2014” which got a catchy tune to it. 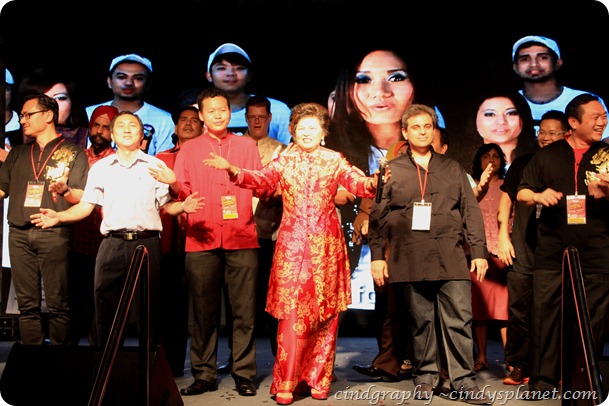 The evening concluded with the display of fireworks which burst into array of light sparkles that lit up the skies and the roaring echo ripple the entire neighbourhood. 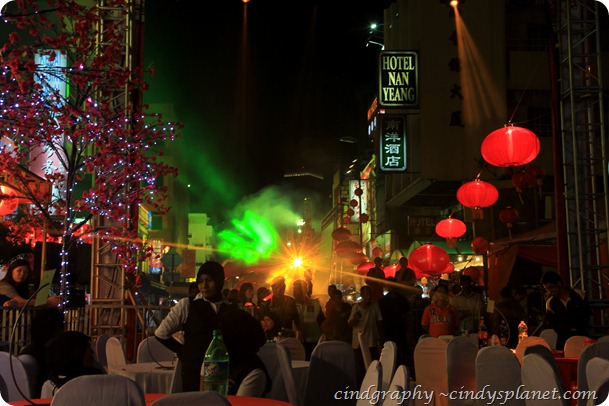 Beautiful lighting along the street.

That’s all from me folks!! Good night!

Finding Those Hidden Gems In The USA