Which one to buy?? 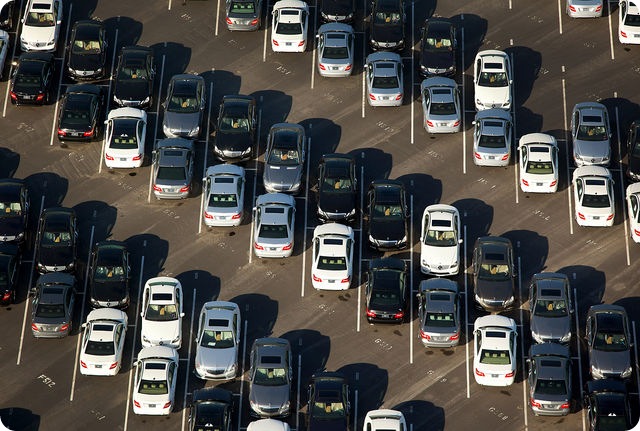 It was a day when we fall in love with Baby Blue over other car showcase that day! 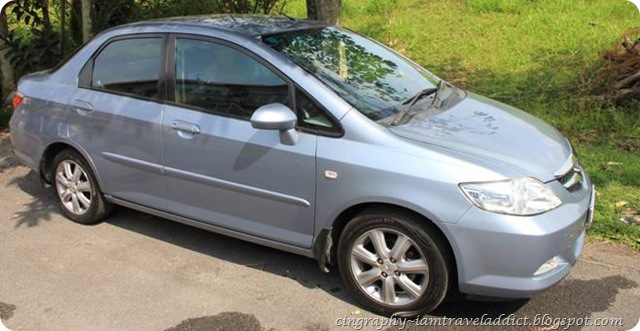 On one fine day while scrolling through my blog list, I read that Xpax will pimp one lucky Nuffnanger’s ride in conjunction with the Whatchuwant campaign. 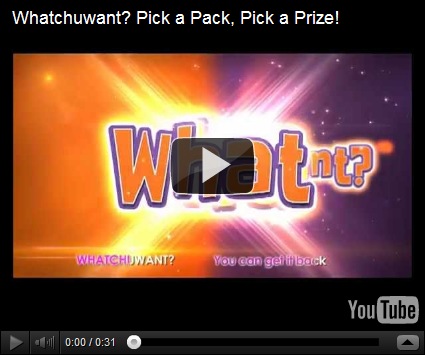 Are you aware of the awesome prize Xpax throwing in for this campaign? 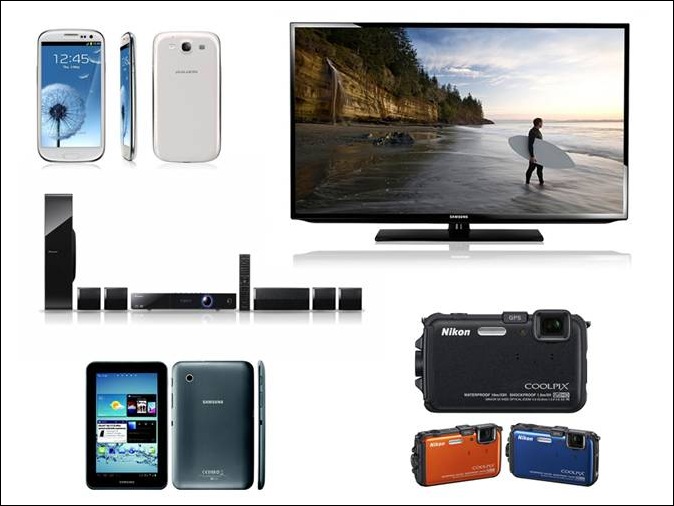 Wanna know how to win? Simple just follow the steps below. Want to find out more? Click here! 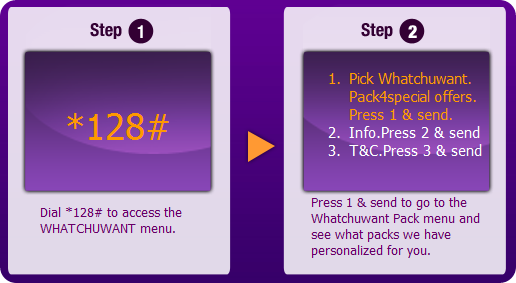 Gadget is not the best of all, Whatchuwant is giving away a once in a lifetime opportunity to Xpax members to have their ride pimped with MTV Pimp My Ride on special SURPRISE DAYS! PLUS, the winners will be featured on the first ever MTV Pimp My Ride show in Asia!

There will be a few ‘Pimp My Ride’ prizes throughout the entire Whatchuwant campaign period and will be announced on xpax.com.my. So make sure you tune in to catch those special days! 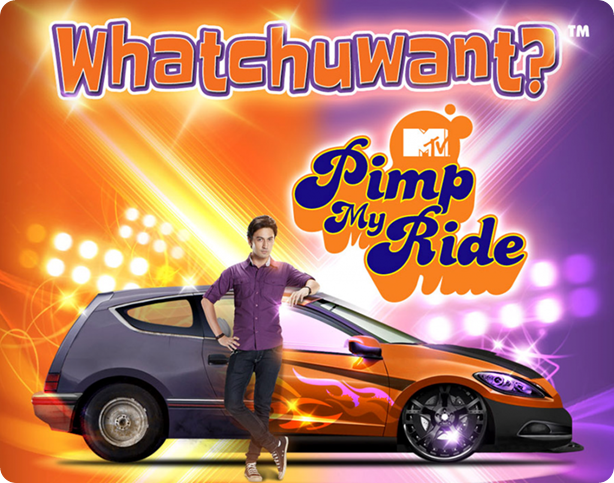 As an Xpax user I would definitely give my full support in this Whatchuwant campaign. I have been spending hours and days planning my Ride Transformation Project.

The first thought is to pimp my boyfie’s car instead of my own. Like what people always say his money is my money, my money is my money and so his car is my car and his car is my car too. So it is my responsibility to ensure both cars is equally in good performance, perfect condition and appealing to others. However, that’s not only the reason. Read on and you shall know why…

Ma Baby Blue had just returned from the workshop about 2 weeks ago after the tragedy struck about two months ago. The shock from the accident had surged through my boyfie like electricity and traumatized him. It was devastating. Baby Blue was horribly disfigured and to the extent of requiring major repairs. 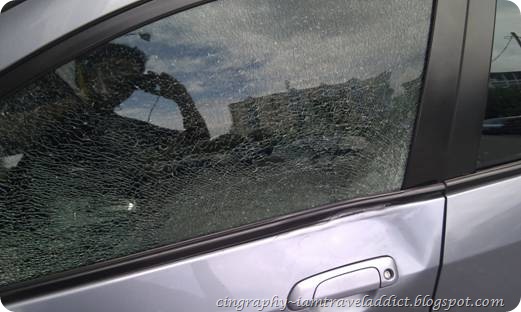 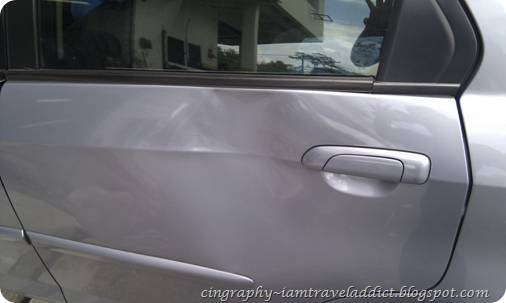 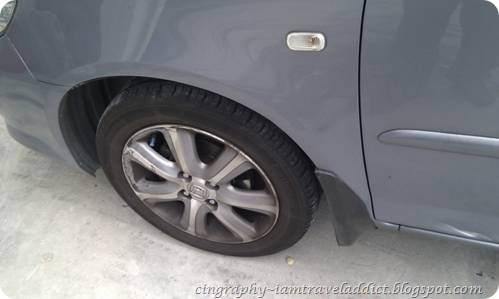 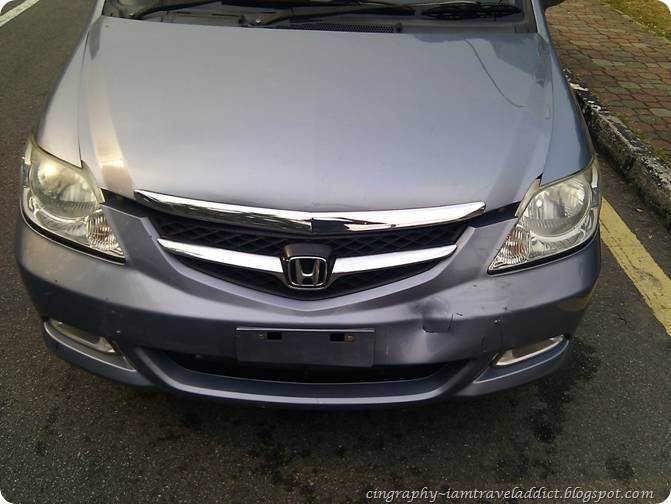 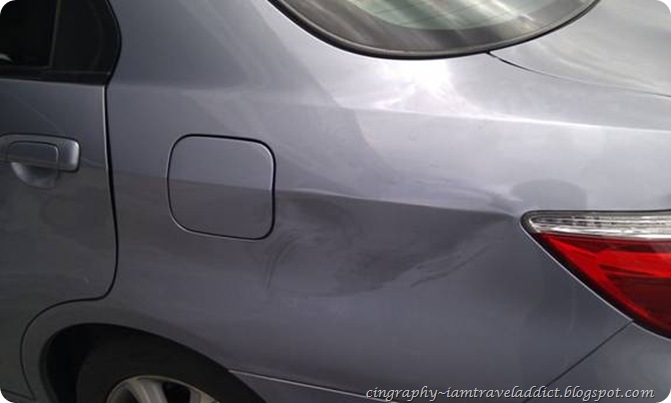 It gets worse as the insurance does not cover the damaged rims and side mirror, also the water spots caused by prolonged exposure to water and tree saps (Left under the tree while pending for repairs and insurance) on the body paint.

It was obvious, he wasn’t happy and that there was fear as he would avoid at all cost from driving ‘Baby Blue’ unless deemed absolutely necessary and those eyes that once brimmed with joy and passion now had been dimmed towards none as the fear surrounds.

His sad face (when riding bike) while waiting for Baby Blue to be repaired! 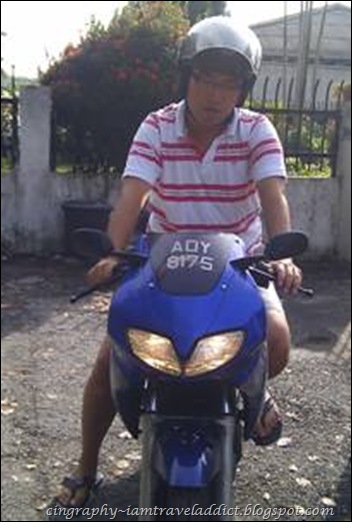 So I decided to spend few days (Which inevitably longer), to further explore into Baby Blue’s performance and look through the details towards its appearance. The performance was optimal but something was definitely lacking there and would require some enhancement to improve on certain aspect. Though to transform Baby Blue isn’t easy as it would have to suit the manly him with a hint of girly touch to Baby Blues but worry not, I’m no ordinary girl! See how my Blackie was transformed here 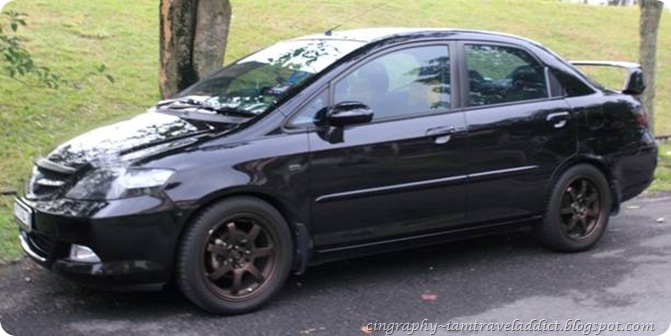 So, let’s begin my Baby Blue transformation plan!! I had divided it into 4 sections.

Firstly to boost the performance, I want to obtain the calibrated performance E.C.U for additional horsepower without comprising other performance. To cope with the increased of speed, the center gravity would have to be lowered to handle the speed and added stability towards corners, enforced adjustable hydraulic suspension are necessary for smooth handling. The matching rims and tires size are required to match the suspension setting or else it will be very bumpy.

Sport Rim with white color overall and lined with thin purple lining seems like a good choice for Baby Blue! 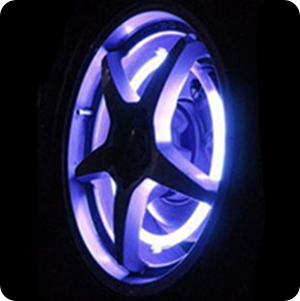 White & Purple Rim + Blue Body become something like this?

Since purple is my favorite color and theme color for Celcom Xpax, think some purple detailing on the interior will be good and it give a girly touch to it too..

The interior dashboard cockpit vinyl would require some work as has lots of scarring due to previous owner negligence hence carbon fiber sticker to be added to prevent further damage. 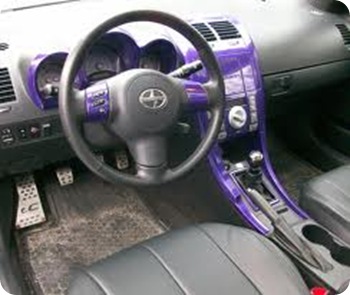 The seat is stained with odor that is proved difficult to get rid which would require neutralizing or replace with new cushion seats. The leather wrapped steering had also suffered certain cuts and scarring which to rewrap the steering with additional layer of protection. 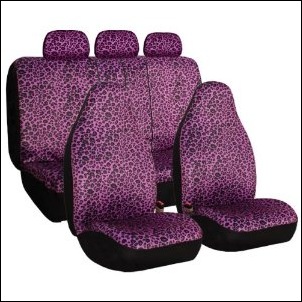 I guess it’s a little too extreme and girly, I prefer plain black color with purple leopard print lining. Also love to add on arm rest since I am always on my gadgets to post live updates.

The audio emitted isn’t well for factory standard as it lacks the boost hence changing of the deck unit with the speaker system and woofer to be hooked on the amplifier for the additional audio boost in bass and treble.

This is something I think he would love to have for Baby Blue! 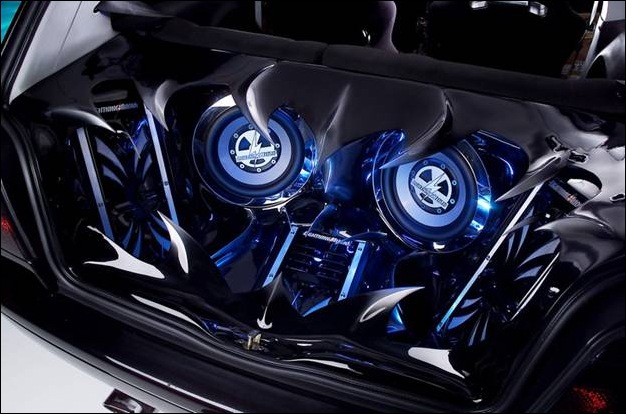 I remember how crazy he went to search for the 2012 HW Premiere Knight Rider Hot Wheels to add into his collection. Being a supportive girlfriend, I accompanied him to search at every single “Toys R Us” store within Klang Valley for the whole long month. Still our efforts haven’t succeeded but eventually magically on one fine day, we had finally found it in one of the toy store inside Amcorp Mall. He was so happy, jumping and cheering! Hun we found it, we found it! 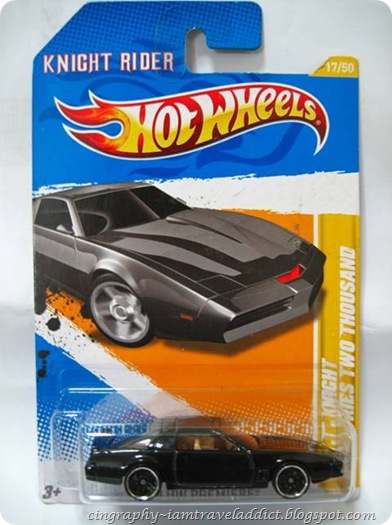 So I thought how great it would be to add some fine Knight Rider details to ma baby blues. Since Knight Rider car, is heavily packed with the gadgets, figured some 7” Display for viewing from parking to videos and probably GPS Navigation. Digital Meter Display to give the futuristic look. Not forgetting the auto start for the engine with a press of the button.

Welcome to the Future… 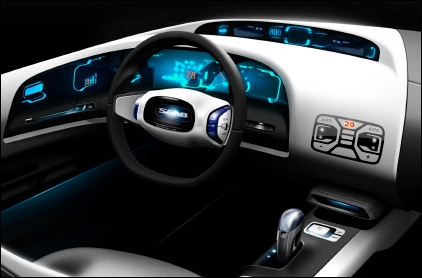 For those that remember the show well, would remember how awesome the car looked no matter in any condition minus the fact it’s coated with molecular bonded shell which repels most light armament. Its shiny, glossy black finish is envy to all car lovers. The customized body kit would give extra slick finish would even be comparable towards the likes of Ferrari or even Lamborghini. It would be great if able to incorporate the similar sleek design onto ma baby blue to give the extra sleek finish! 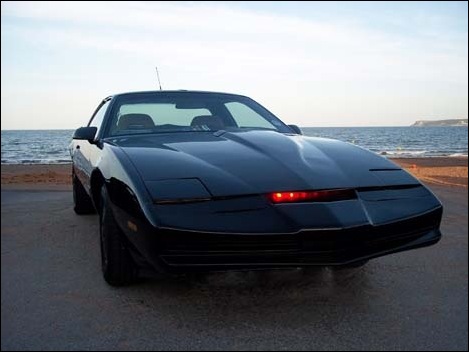 Also adding flame like this would be cool and aspiring!! 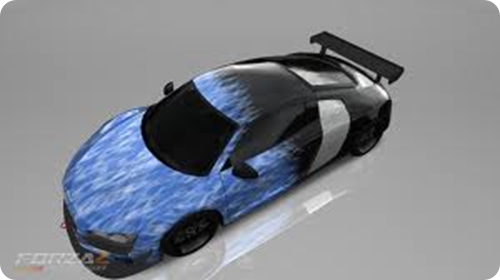 October is my birthday month (click here for my bday celebration that he planned for me), this year my only birthday wish is to restore his hope, his passion and his dreams for ‘Baby Blue’, thus putting a smile back to the once happy face, and most importantly of all, for ‘Baby Blue’ to return to its former glory with all of added enhancements that he had ever dreamt of which would make him proud and confident to be driving around which all heads would turn to see and envious.

So Xpax and Nuffnang, would you grant my Birthday Wish and choose ‘Baby Blue’ to be the next MTVPimp My Ride car and transform it to be the goddess of cars?

While waiting for the results, to cheer him up I decided to design this mini cooper that I got from Stickman at Nuffnang office. I wrap it nicely and put it onto his table with a small note!!

Hopes he likes it!! 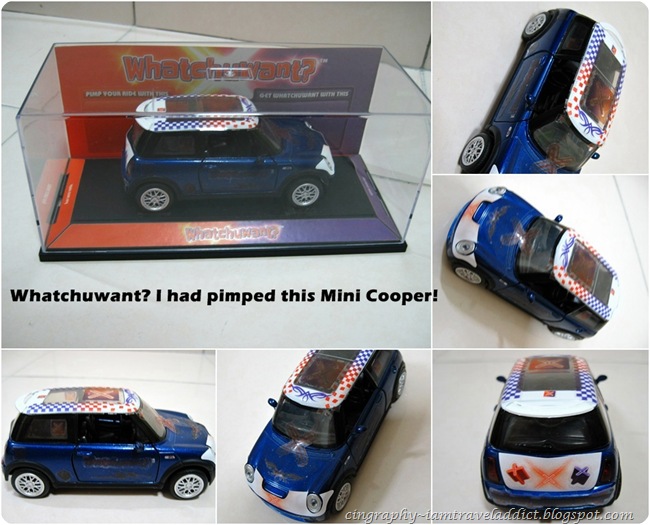 Hopes this could cheer him up and probably make him feel happy? ^_^

FREEZE 2: What You Want to See? Magic? Figure-Skating? or Dancing?

Hendrick A Most Unusual Gin Party @ The Estate, Intermark: My very First Time

5 Ways to stun the crowd at your next event