Ah yes, burger. It is one of the preferred choices to many. There are many variants on how the burger is presented and even prepared. Essentially the thing that sets any burgers apart would be the cooked patty of ground meat placed strategically in the middle of the slice bread bun. It varies from the thickness, moisture to sizes, shapes and taste. I’ll be visiting a Lab and nope, it’s not a science lab but a food lab specifically a burger lab. As the name implies, it has Burger Basic 101 written all over it. Well 101’s won’t be complete practical experiment and hence I had persuaded two volunteers, my mum and Thomas to join. 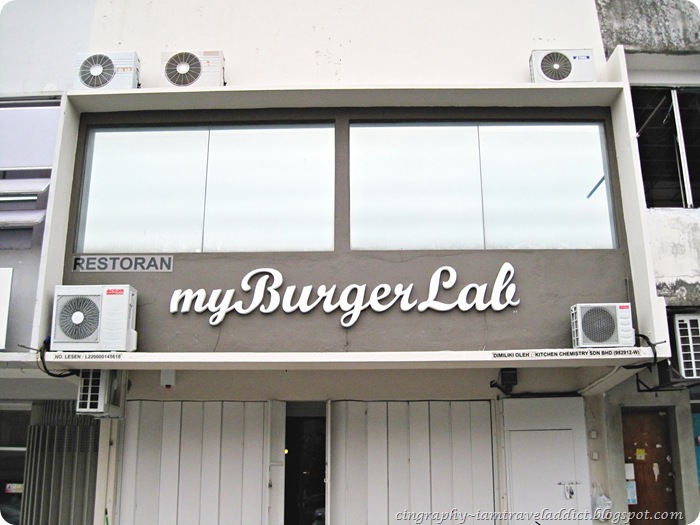 Initially had heard about this place from various sources and all of them mentioned the same thing, be early. Given all different people of different perspective had mentioned such, we didn’t want to risk it hence we arrived at the destination at about 4++ just to be safe. Even then the crowd slowly grew to a number and we were right to have believed the words of the former.

Still Empty When we walked in!! 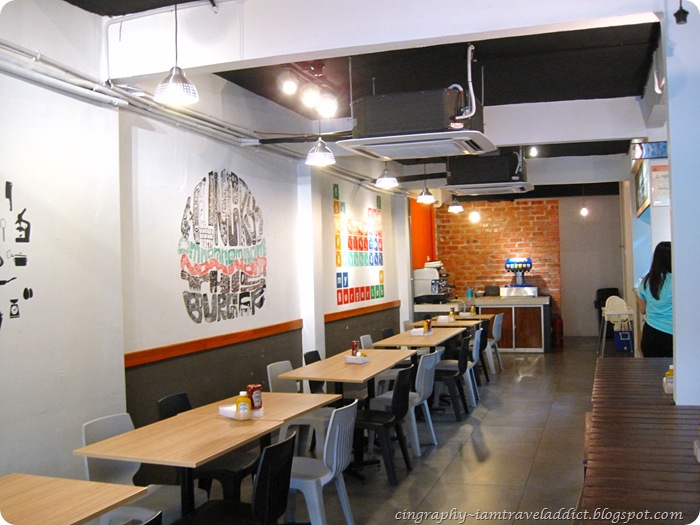 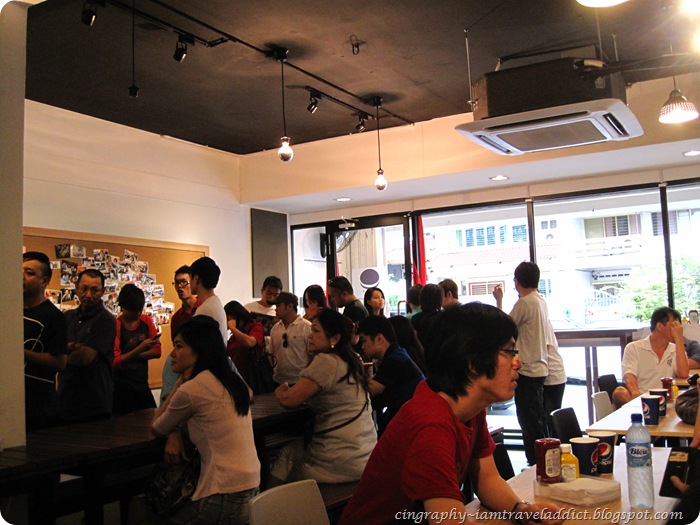 Being first in line sure has its advantages but in this case, not. A very ridiculous and inconsiderate person had actually cut our line and fire away with the order without giving a moment’s thought of others that were in line. Even the cashier was shocked and stunned by it. Perhaps the person is starving beyond words and the stomach acid is burning through to the brain cell.

Others continues to queues with full passion wanting the burgers be it take away or eat in. 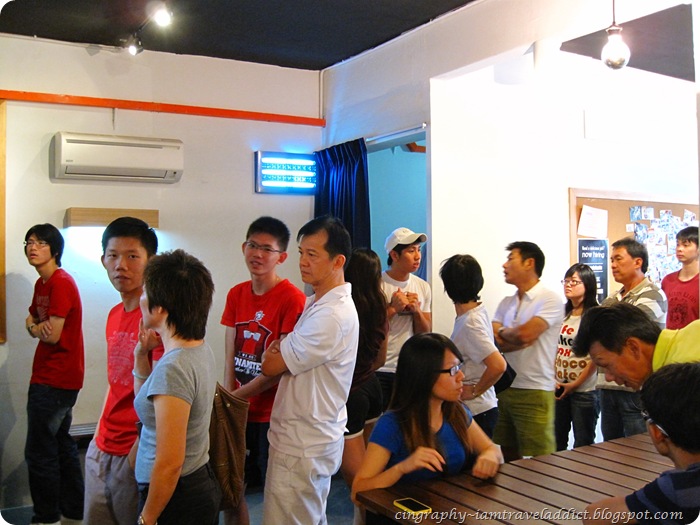 A sneak peak on the kitchen behind the scenes!! 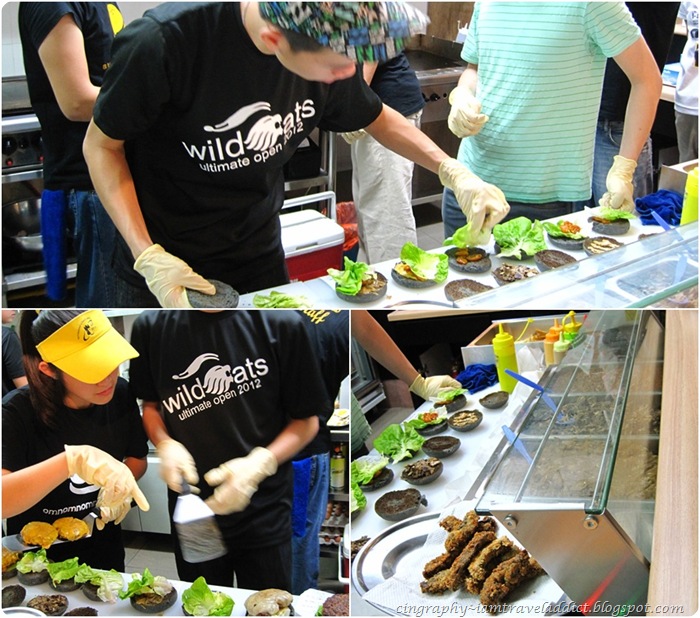 These are the ingredient that helps made up the entire burger. 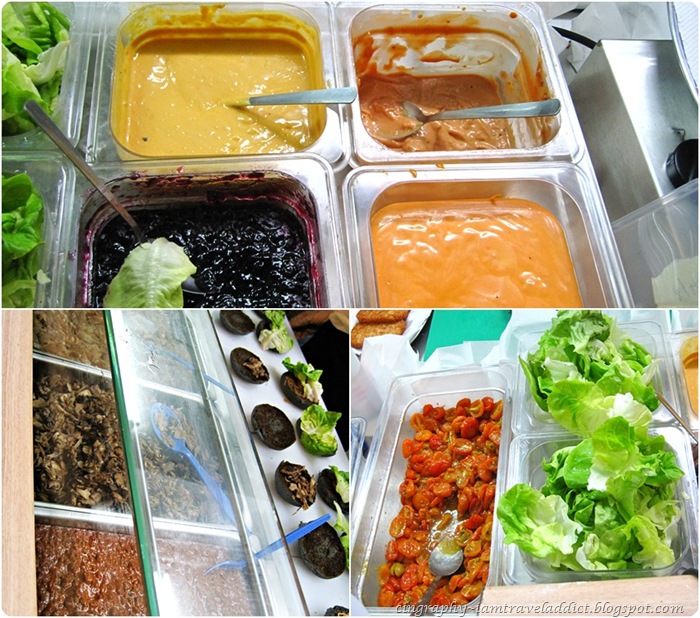 After ordering at the counter, we proceed to the assembly area, waiting for the Triple Whammies to be served!! 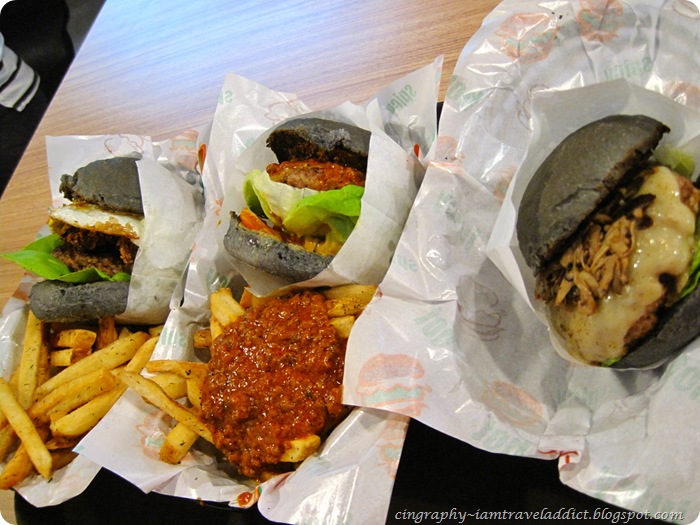 “Fries and Bottomless Soft Drink for only RM 6.00 can be added to make it become a set.”

For beautiful me, “Beautifully Mess, RM 18.00” is a good choice! It definitely lived up to its namesake. It is properly wrapped with the special half cut burger wraps, smudge with strips of fried Portobello mushroom, topped with tomato, lettuce, cheese and sunny side up. The meat texture is somewhat pounded and grounded hence after the initial bite; you’re able to see the inert which is grain-like. It had still retained most of its natural moisture and the outer patty later is crunchy due to the added chunky salt rocks which interval bites, you’ll taste the salt and after a while, the saltiness would gradually increase. As for the fries, it was served with mayo chili which complements the lack of flavor on the fries. 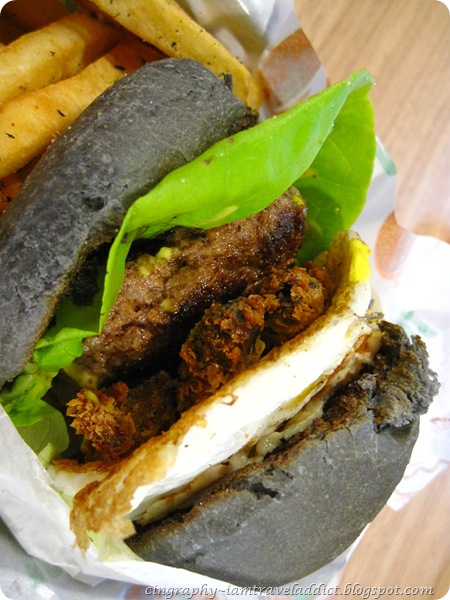 The next pick was the “Smoked Sloppy Joe, RM 15.00” which Thomas had specifically requested (Though the word itself sets off some pretty wild imagination). It was surprisingly neat, given the sauce started to oozing out just moments later. The patty had retained most of its moisture and with the sauce alongside, it was delightful. The soft meat texture blends well with its sloppy joe sauce and fries, just right for bites but lacking on flavors but compensated with the sloppy sauce. It reminds me of Coney Dog by A&W minus the onion on top and replace with burger… 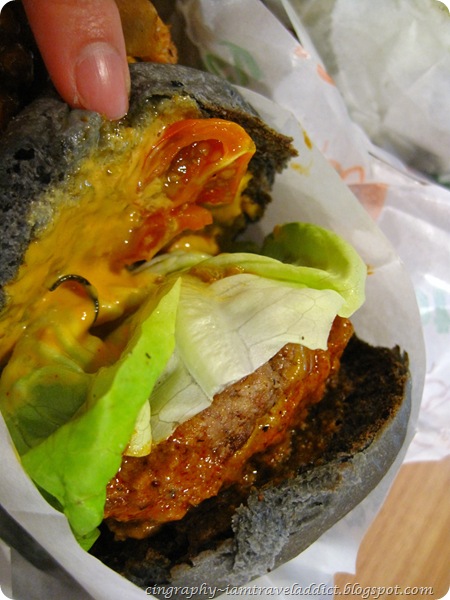 And Sloppy Joe on Fries 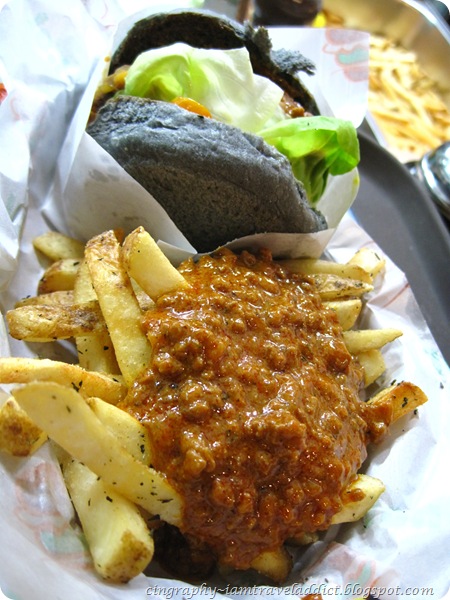 Do you still remember this? Coney Dog!!

The final pick was the “Swisstake Burger, RM 14.00” which we had decided to give it a go after tried several other varieties by other burger joints (Carl’s, BK, Chills). The cheese smothered around the soft moist patty and topped with sautéed mushroom would send your taste bud into overdrive. It was good and scrumptious if you may. However the sautéed mushroom could use a bit more seasoning. 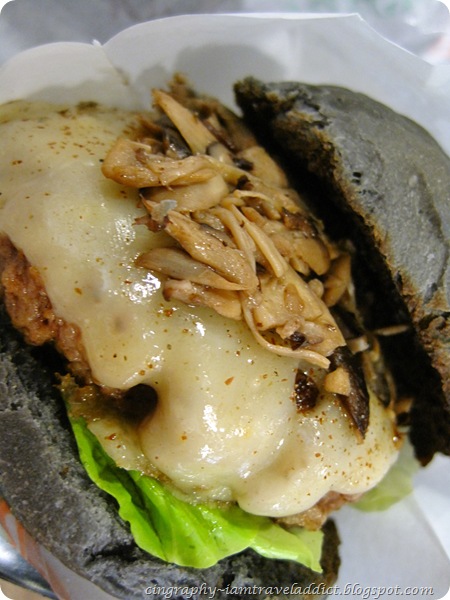 We had managed to clear all three of the burgers and was just that stuffed except for Thomas which apparently had not reached the height of his containment unit (Gulp!!). Well on overview, the burgers and fries were great but I believe most would certainly felt incomplete. It would be great if there were some salads tossed on the side which would complement the meal.

In addition, myBurger Lab always opens to feedbacks (just tell the staff or comment on their FB page) and so we informed that our taste bud couldn’t withstand the salt level on the salt crusted smashed burger. They immediately responded:

“Just ask for more greens and oven roasted tomatoes in your burger.That would balance out the saltiness. The best thing is No Extra Charge applies!!”

Means more healthy and juicy burgers for us!!! 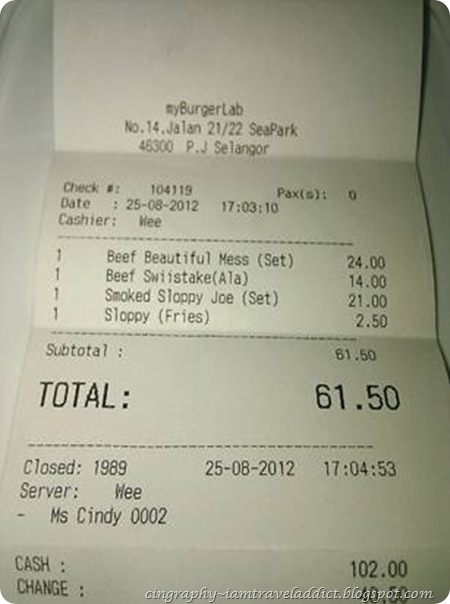 The concept is ideally simple and one would notice it has incorporated certain concept from burger joints around which had been simplified. Its distinctive mark would be the soft home baked charcoal bun which matched well with the burgers.

“Needless to say wave of crowds keep pouring after opening its doors and thus being early would be your best bet on catching a bite while seated.”

Genting is now on Android!!!! Get Connected Now!

Recap of My Wedding Day + All Photos

How to save money when shopping for clothings