Me and Pui Mun (Munz) hang out at Sunway since its been sometime we last met each other! She tell me she had been craving for this pasta at Pasta De Gohan for so long and wanted to have it again! I’d say lets go then!

Actually I went there 2 years back but that time I’m not into blogging…So i did not even snap a picture there!

For me, the environment its way too warm and they serve boiling green tea (my body temp shoot up to boiling temperature)! I don’t really like the lighting, it’s a bit too orangey and felt too relax that i could fell asleep! The waiter was not observant as well and there have poor response! If you guys want to dine here, be sure to order cold drinks to calm your body and continues to enjoy the dining moment here!

Well lets talk about the food there. Basically they served casual pasta with a hint of fusion sense especially on the garnishing when the food is served! 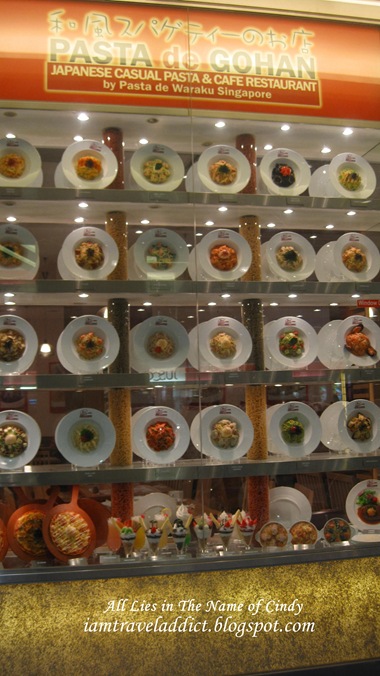 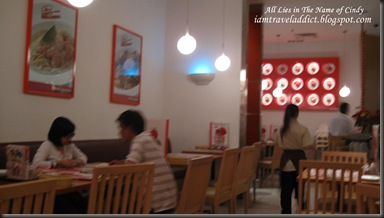 I love how they arrange the spices on the rack… 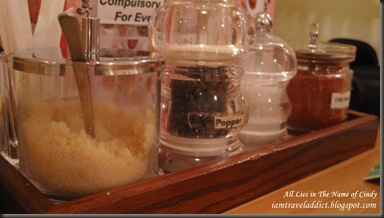 First I went through the menu for like 2-3 round before I’d make a decision. The menu has too many options for me to choose! Thus it is always better to dine with bunch of friends where you get to order more dishes, then you can share the dishes among your friends! Since Munz choose the penne type, I chosen the rice type.

“smooth, milky and creamy texture which smoothen the throats when is flow through”

Munz ordered Gratin Prawn & Chicken with Penne, RM 18.80. We are surprised when it arrives, it is baked with rice NOT penne. I guess the Chef has mistakenly put the wrong wafu gratin sauce on the wrong base (rice or penne). Munz said it will be perfect if matched with penne. The gratin and cheese texture was light and its totally different compare to traditional pasta. Traditional pasta cheese (without gratin) texture is bit thick and its more more sticky. However, this dish here has a smooth, milky and creamy texture which smoothen the throats when is flow through. The prawns is so tangy and its not too salty, just at the right flavor. The chicken cubes, I must say its marinates to perfection. By the time I bite on it, I can actually taste a few layer of different taste (the coated cheese on the outer layer while the seasoning was fused inside the juicy chicken meat, the chemistry did really reacts here) When the prawn and chicken was grilled beneath the creamy cheese and layered by the Ovalish Japanese rice, the moment I scoop it and put it in my mouth it’s just phenomenal! 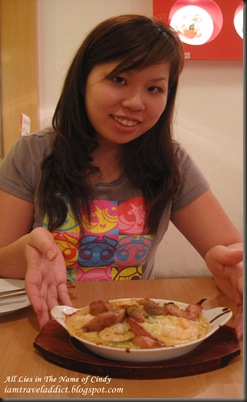 “The moment the sticky paste like egg yolk burst in my mouth, its just blows my mind off! The sweetening texture is just so tendering”

I ordered a jaw dropping dish Doria Bacon, Asparagus & York, RM 18.80! Let the picture speaks for itself! Its express dozens of flavor when I first look at its exquisite garnishing (It gave me a thought of the standing with arm wide open on top of the hill where sunrise is on the spot). As I mentioned above, the penne and the rice had swap! So this dish was served with penne. What captured my attention most was the golden egg yolk! The moment the sticky paste like egg yolk burst in my mouth, its just blows my mind off! The sweetening texture is just so tendering. 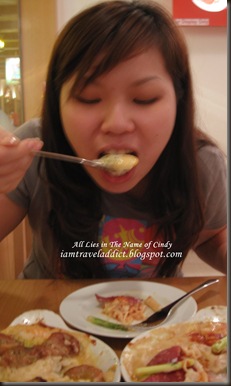 Meanwhile the bacon was first pan fried to give a crispy, smokey and chewy feeling and its just slightly covered with milky cheese layer. The penne was boiled in the water at the right temperature that gives the tangy bites and balanced by the milky cheese cream immersed with the crispy smoked bacon! Unfortunately, they miss out the asparagus! The asparagus was dried and hard to chew! Perhaps the chef put it on for the sake of garnishing only! But I am silly enough to have eaten all of it just because I am a vege lover!

Looking at the picture, actually they serve relatively small portion compared to other pasta in town but BEWARE! This little plates can filled up even an empty stomach and it’s just appropriate amount to satisfy my big tummy! Don’t ever think to order more than one main course for each person, otherwise you definitely will feel jammed up with piles of cheesy creams! 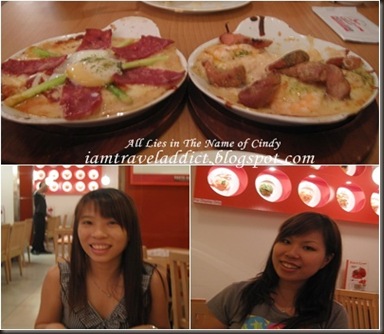 Thanks Munz for hanging out with me and let me have this splendid dinning moment.

Spilling The Secrets On The Perfect Black Tie Mens Outfit

How to Stay Healthy While Traveling